With the maze traversed Gabriel enters the Castle in earnest, but of course its denizens aren’t too happy to see a vampire hunter…

Current Mission - Start the Long Climb to the Throne Room¶

No time to relax, there are vampires to kill. That said these vampires aren’t going to stop coming unless you can get some light on the situation. First things first; run forward past the hole, past the first curtained window on your left, and move toward the second window and use your hook to pull the curtain back.

Now fight off most the vampires, jump and use holy water to stun them and while they are dead or stunned, run toward the window to the left of the hole and use your hook and hit the button QTE to yank the wood off.

Do this three times; open the window, and then you’re done for this hole. Run forward and use the Stake Crank to open the door and head on through. This room acts the same, there is a boarded window to the right of the vamp hole that needs opening, but you need to deal with an Animated Armor at the same time.

Either kill the Animated Armor, or lure him to the right and then move to the left and pull (he moves quite slowly), either way get that window open! Once you’re done here head to the right and use the Stake Crank to open the door.

Before going through however head back in to the first room and run as far into the screen as possible, open the window to the left and then head to the right and Charge Punch the mirror to the left before turning it to angle a light beam into the next room where you fought the Animated Armor. Now run through into the third room.

To the right of this room is a mirror, punch it left and then back into the second room so it is in line with the light coming from room 1. Now turn the mirror so it is sending light at a right angle into the third room, this will open the door in this room.

In the third room to the left and right of the far gate, and inside the area you’ve just opened, there are five runes that need activating with the correct colours. (There’s 5 in total and 2 are blue. 2 at west are the same colour, 2 at north are both red)

The sun is setting, and shining in from the way you came, so that’s the west. Doing a bit of logic that means the left wall of the room is the north. The runes outside the room are both red, so activate them with Shadow Magic.

Inside the three runes are as follows, the left Rune is Red, and the middle and right runes are Blue. Activate with Shadow and Light magic as appropriate.

The door at the top of the second room will now start opening. But of course that would be too easy, night falls and with it the vampires arise! Run back to room two and get ready to fend off against the fanged beasts. They are limited, but there are many of them but as long as you keep fighting to the top of the room then you can duck through the door the moment it opens… Meet Laura.

And now for something completely different…

The Vampire Wargame is a take on chess which sees your six pieces matched up against an opponent’s six pieces in a bloody (bricky?) fight to the death.

The player spins a dial which dictates the piece they are allowed to use, the player is allowed one spin to begin with but as their number of active pieces drops, they are granted more spins to help them claw back in to the fight.

The pieces are as follows:

When you spin the dial it will dictate the type of piece you use, you’re free to use any version of that piece and in the case of zombies, you can use them by cycling from landing a necromancer turn. Due to the random nature of the spinner it’s impossible to give a watertight guide to this mini-game however follow these tips and you should have no trouble winning.

Once done, run toward the top left of the room and through the door.

Objective: Finish the level and win the Vampire Wargame without losing more than 3 pieces

A little luck based, using the tips given in the level guide and crossing your fingers is the best way to go about it. Simply remember to spawn zombies (their death doesn’t count towards pieces lost), and stay back on the whole, let Laura come to you. 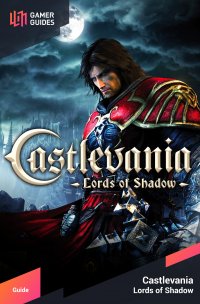