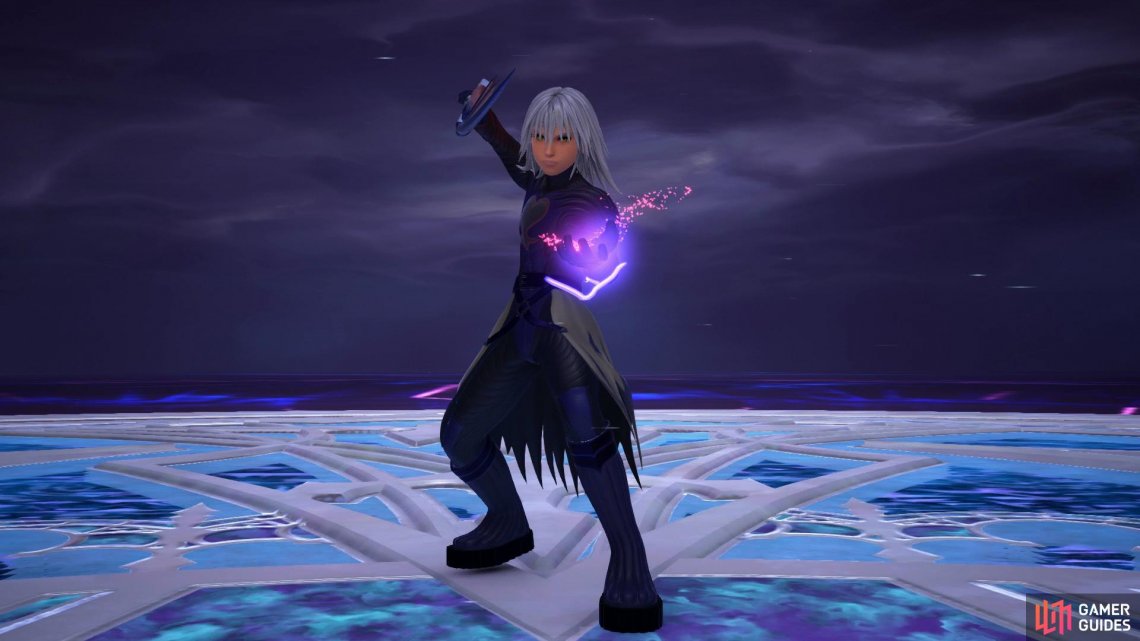 Dark Riku can be found in the second door to the left when standing at the top of the stairs. Dark Riku is one of the more difficult battles that you can initially face due to his lightning quick attacks and how fast he can traverse the arena.

Dark Riku’s Keyblade Combos are perhaps his biggest threat, he attacks rapidly, teleports to your location and unleashes Shockwaves that split apart. To make matters worse, if you see Dark Riku glow red during his Combo, the next strike can’t be deflected so be sure to dodge rather than block the follow up attack. This becomes increasingly difficult when he pairs it up with his other attacks that can just cause outright mayhem in the arena. If you are able to deflect a few of his attacks, counter with a Keyblade combo of your own.

He also uses his Crystal Mines however they’re much more numerous than the ones he sent out during the Keyblade Graveyard. This allows you to isolate you in a certain part of the arena where he’ll follow up with his deadly Keyblade combo. These Crystal Mines will also explode upon contact so as soon as they’re sent out, look for a part of the arena where they’re less concentrated and get ready to repel Dark Riku’s follow up attacks. Likewise, Dark Riku will also use his Claw Trap, keep an eye out for the shadow that appears under Sora’s legs and either deflect when it rises or dodge out of the way of it. 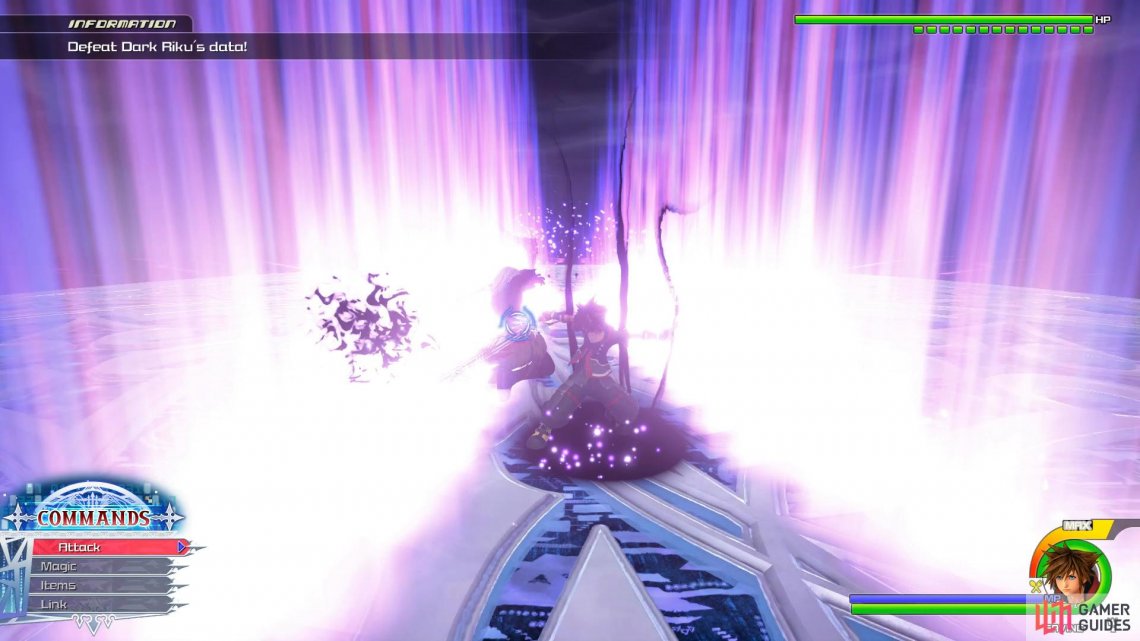 Dark Riku also has the ability to use Reflect himself and the shield will persist for a while. Should you strike him while this shield is up, he’ll cause it to explode in retaliation causing you to take damage. You can either choose to avoid Dark Riku while this is up or use this to your advantage, striking it and then immediately dodging out of the way of the explosion that follows.

This becomes increasingly difficult due to the nature of Dark Riku’s speed and ferocity, you’ll never have a moment to yourself and finding a key opportunity to attack him is far and few between. Your best opportunities are countering after deflecting his Keyblade Combo or attacking him after forcing him to explode his Reflect shield. You’ll need to be patient here as Dark Riku doesn’t leave many openings and you’ll really be forced to learn how to guard properly in this battle. Likewise, dodging out of the way of his Claw Trap attack at the last moment, you can follow this up with a Keyblade combo too.

Finally, Dark Riku’s Desperation Move is devastating and will be the reason you lose most of your attempts. He’ll teleport around the arena causing explosions around him when he lands while also performing Keyblade Combos and summoning Crystal Mines. It’s suicide to even think about attacking him during this so your options are to either learn how to deflect all of the attacks as they can all be guarded against, even his explosions. The other alternative is to make use of the Link exploit to ride out the attack before resuming your assault. 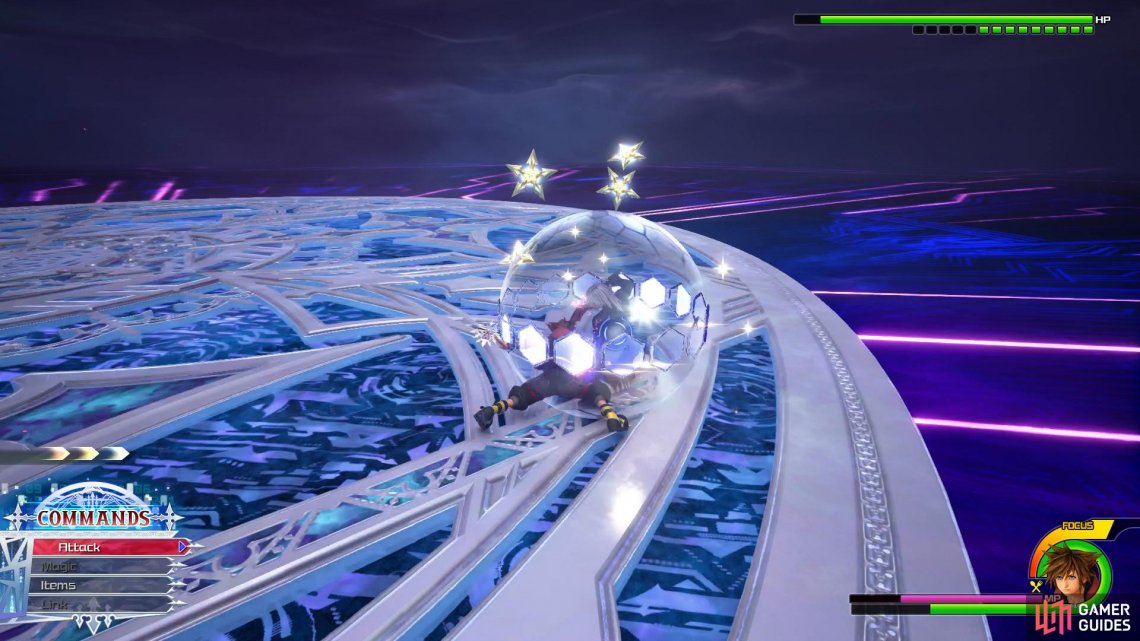 Don’t be disheartened if you lose a lot to begin with, until you can learn Dark Riku’s patterns, there’s not much you can do other than getting smacked around. You’ll find as you learn his patterns, you’ll break him down until you can comfortably deal damage to him. Once you learn to master how to avoid his Desperation Move, the rest of the battle will fall in line naturally.

Tip: If you’re really struggling, you can abuse Links (especially King’s Flare) to bypass all of the boss’ Desperation Move. You’re invulnerable during this state so you can skip avoiding most of the attacks.