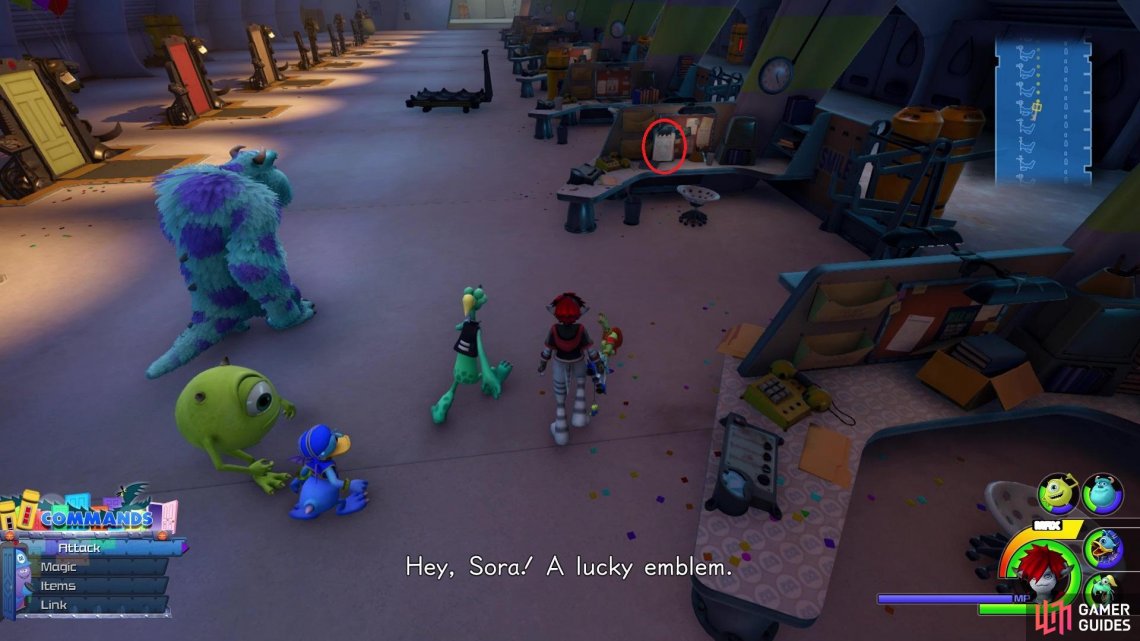 The first emblem in Monstropolis will be located in the large room with all of the desks in it. Head to the far end of it, so the desks will be on your right, and count to the seventh one. On that desk will be a piece of paper with a drawing of the emblem on it. 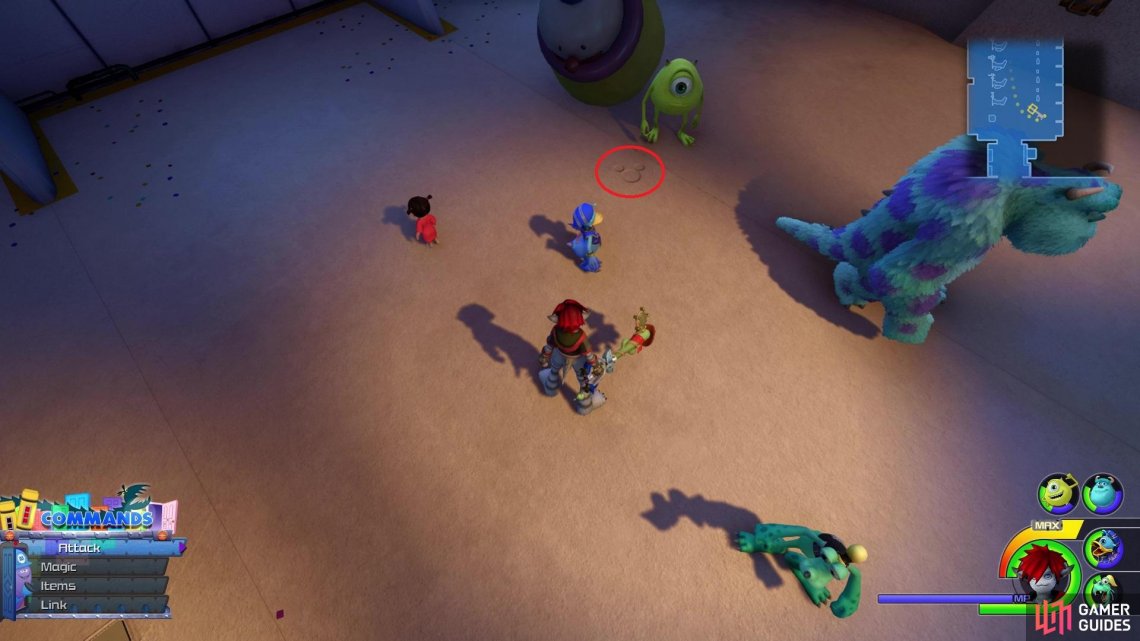 This emblem is found in the very same room as the first one, but is close to the entrance/exit. There will be a clown off to the side of the entrance that you can move. Do this and you will find the emblem underneath it, on the floor. 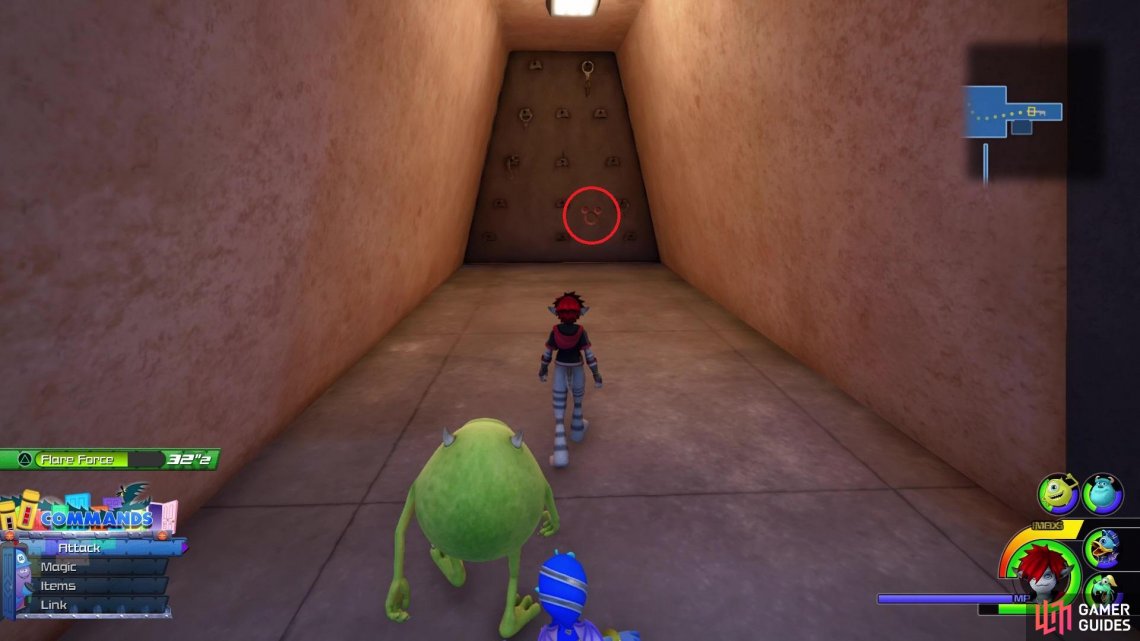 There are two major rail sliding segments, where you’ll have to move below the slide to avoid electricity. At the end of the second rail slide section, you’ll land on a platform and have to fight some enemies. Get rid of them, but don’t go through the door. Instead, there is a hallway at the other end, which is a dead end. This emblem will be on the wall at that dead end. 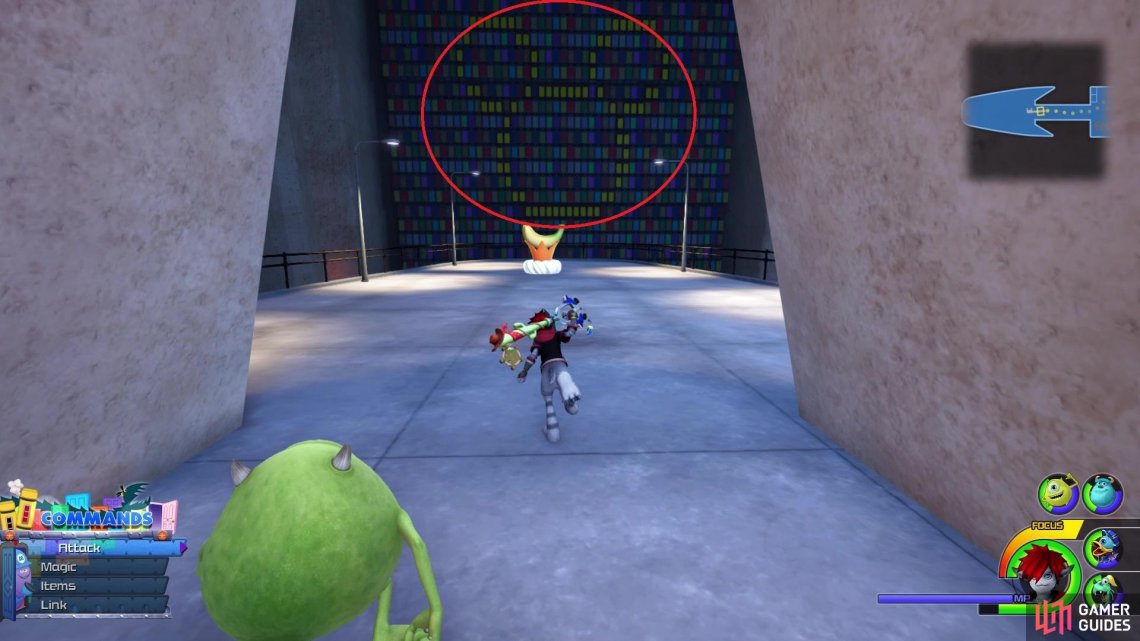 After the previous emblem, enter the door at the other end of the area to arrive a new part that has a bunch of doors behind you. If you look closely, there is only one other door you can enter, which is in the corner. Go through this door and you will arrive in the area with the Banana Flan. On the large wall behind the flan is the emblem. 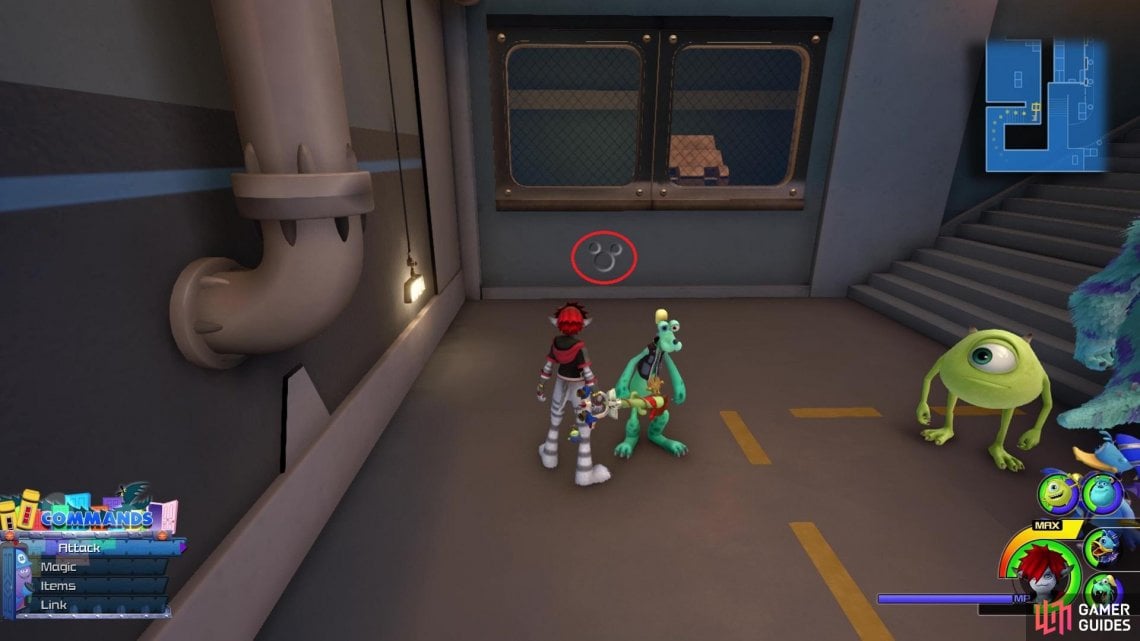 After passing through the first area of The Factory with the lasers and shutting them down, a door will open up and you will have to go through a hallway. Go down the flight of stairs in this hallway and just before the next open room, you will find the emblem on the wall, underneath some windows. 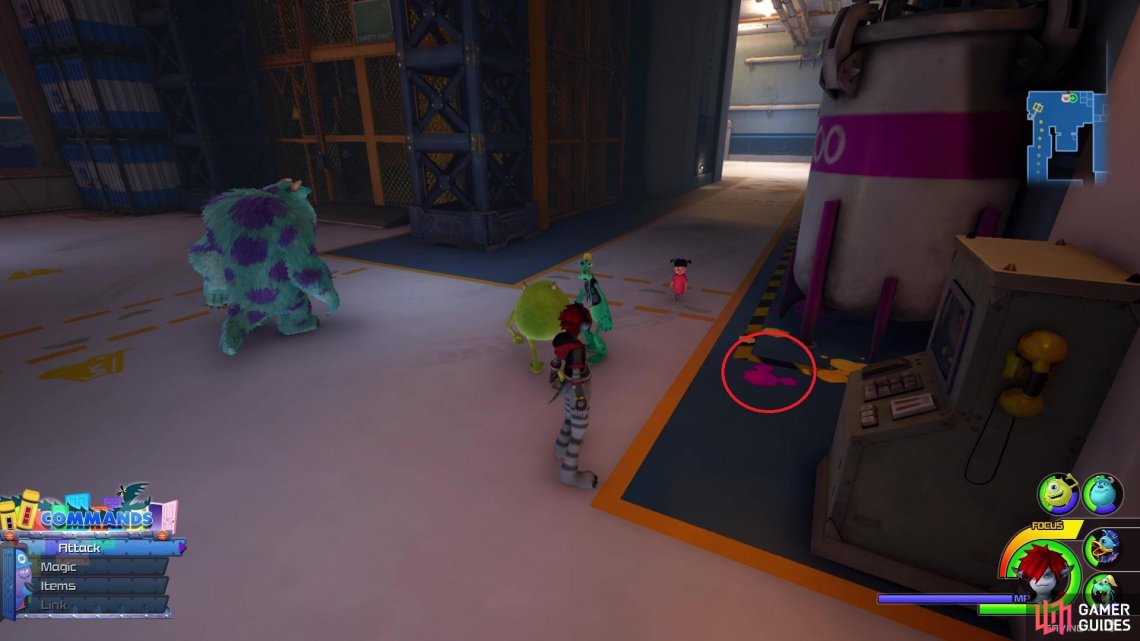 This emblem will be near the Factory - Ground Floor save point, which is where Mike and Sully went into the paint room. When looking at the minimap, there are some paint tanks on the left wall and the emblem will be made of purple paint, on the ground. 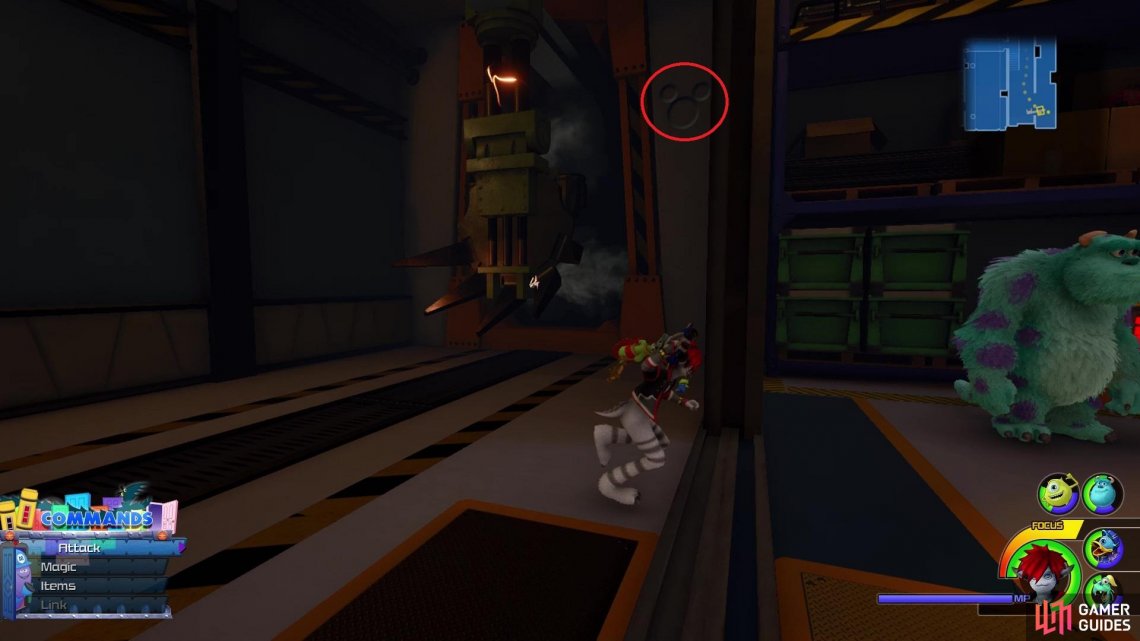 During the main story, after the previous emblem, you will have to ride an elevator next to that save point. After getting off, there will be a battle with some Water Cores in a room with pipes, which will lead into a hallway with some stairs. There are two ways to go here, with one path leading to some electrified machinery moving along an assembly line (they kind of look like claws). As soon as you head into that hallway, look along the southern wall for the emblem, which is a little higher up on it. 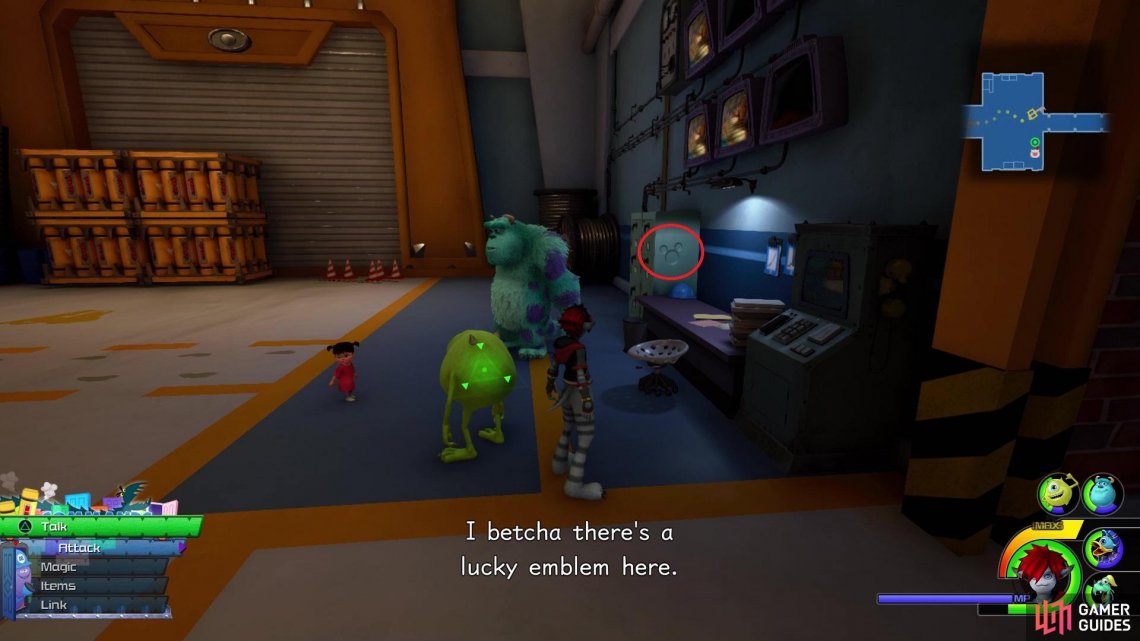 This emblem is found in the same room as the Power Plant - Accessway save point. On the right side of the room, there is blue cabinet that has the emblem on the side of it. 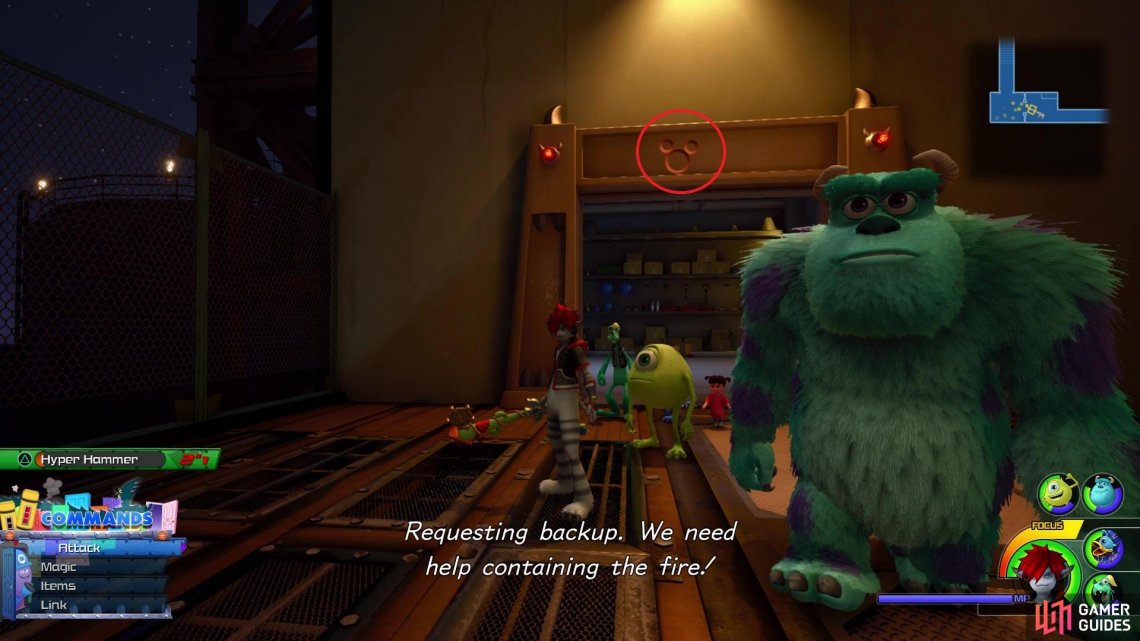 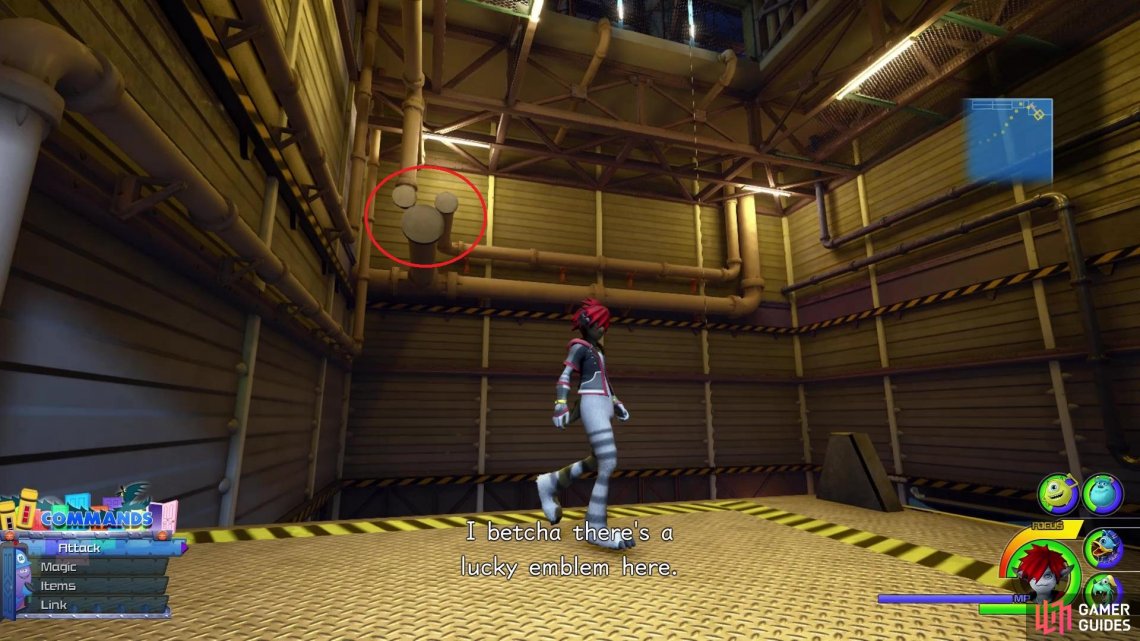 After a rail slide segment in the second outdoors segment, you will climb to the top of the area and have to fall down a long way to reach the Tank Yard area. Run up the larger stack of containers in the one corner, then hop up to the platform above it. Once you do this, look along the southern wall to spy an emblem that is formed from the pipes. 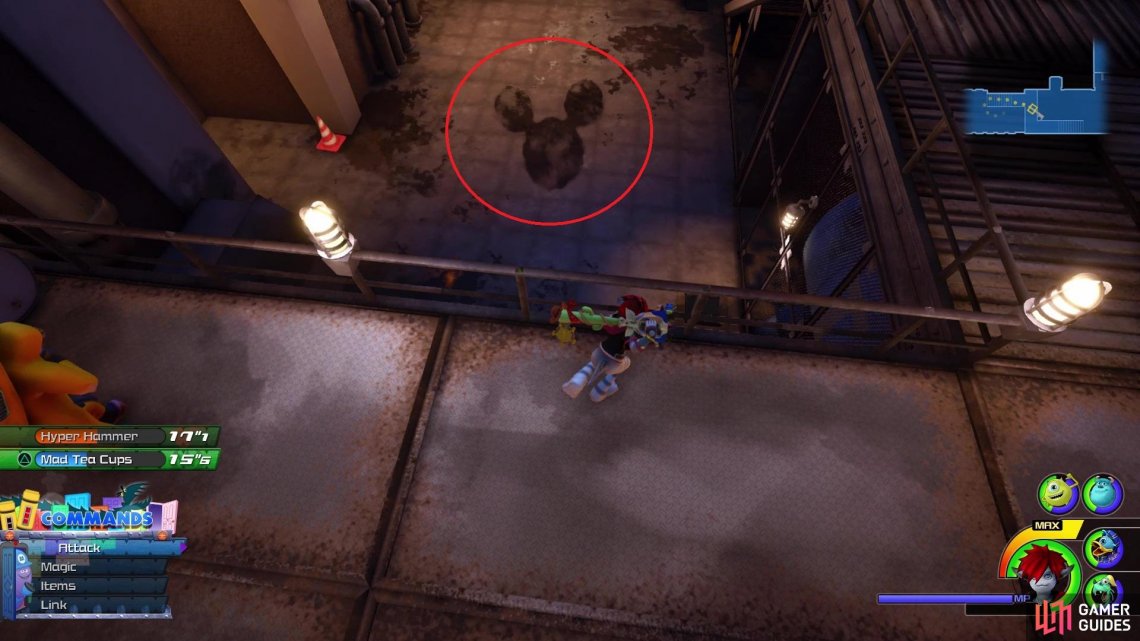 You won’t be able to get this emblem until you have completed the story in Monstropolis. This emblem will be found in the final stretch before you encountered the boss in Monstropolis, which had some bits that were on fire during the story. On a return trip, though, the fires are gone, so get on the lone walkway in the area (the one with the lone agent standing there). Look eastward over the railing to spy the emblem on the ground.