The Flantastic Seven are Heartless flan that inhabit the various worlds in the game. You can tell you’ve found one, as there is a large crown sticking out of the ground, with a fruit on top of it. Interact with them and the flan will pop out of the ground, where you will have to do a mini-game. The goal of each mini-game is to get one of two high scores, with the lower tier granting you a single food ingredient and the higher tier giving three ingredients, as well as an ability for Sora.

There is a single Flantastic Seven in each of the Disney worlds, and just completing their mini-game is enough to earn the Flanmeister trophy. However, if you wish to do everything in the game, then you will need to achieve a high-score in each of their minigames. The lower score will net you a single fruit of that particular Flan, while the upper score will get you three fruits, as well as an ability for Sora. It’s important to note that you will need these fruits in order to make all of the recipes at the Bistro.

The Cherry Flan is the first one you can encounter, as it is located in Olympus, but you will need to revisit the world after finishing the story there. Teleport to the Thebes - Overlook save point and head up the stairs behind it, where you will find the Cherry Flan at the very top. This mini-game involves you sliding around on Goofy’s shield, similar to some of the events during the story in Olympus, but you need to hit flans to score points. If you remember from the story stuff, hitting walls and other obstacles while on the shield would slow you down. That holds true here, but there are arrows on the ground the provide a speed boost. 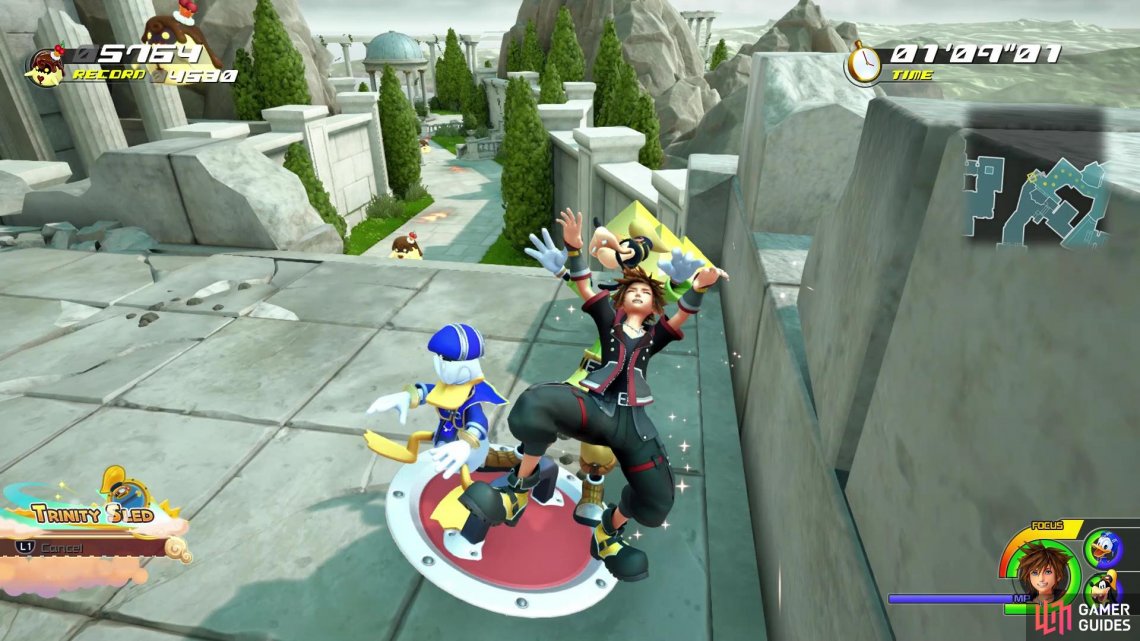 (1 of 2) Tight corridors can be a problem when maneuvering 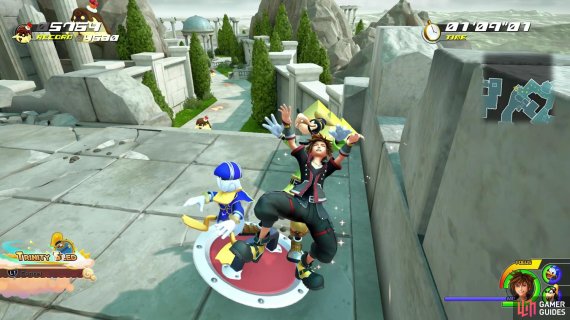 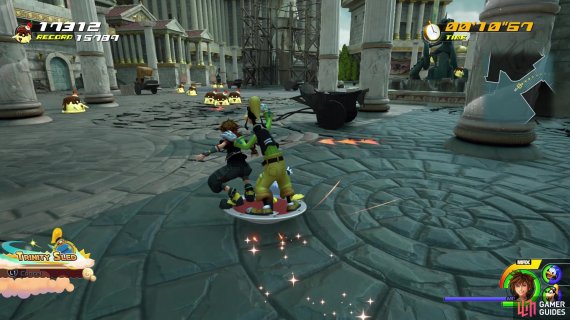 Tight corridors can be a problem when maneuvering (left), The square is a great place to get to, due to its open space (right)

This will allow you to recover your speed, but you should still try to avoid walls at all cost. In fact, if you have an option between avoiding an obstacle and hitting a flan, it’s best to avoid the obstacle. This is especially true in the narrow areas, as you will encounter a few of those near the beginning. If you manage to last long enough, then you will get to more open areas, so it will be easier to move around without hitting anything. The only real way to get better at this mini-game is to learn the course by trying it a few times.