The quest begins immediately after you have been informed that some of Cyclops’ thugs have captured Phoibe. They are holding her in a bandit camp located south east of the vineyard. Mount your horse and ride to the camp to rescue her.

Tip: Before beginning the journey to the bandit camp, enter your inventory and decide what abilities you want to acquire or upgrade. 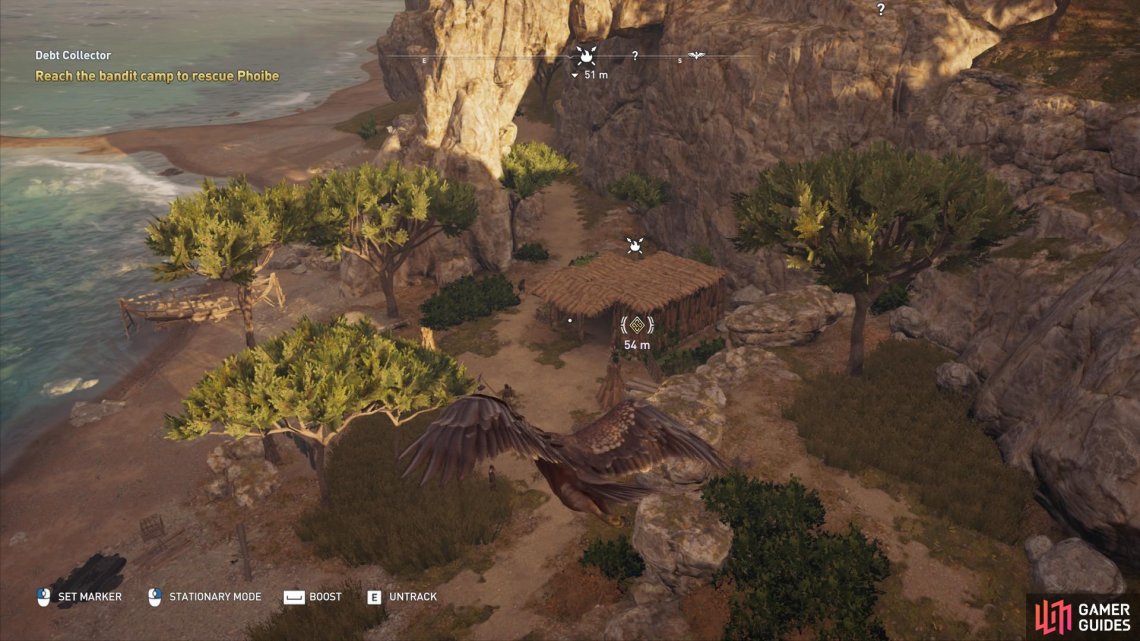 When you are roughly 100 metres from the camp, use Ikaros to get an overview of the land. Making a habit of this will ensure that you are fully aware of what you might be dealing with, both in terms of landscape features and opponents.

Run toward the camp and a brief cut scene will follow. Once it ends, you will need to fight the bandits to rescue Phoibe. If you feel confident with combat mechanics you can choose to throw yourself into the heat of battle using a combination of light and heavy attacks while parrying incoming blows. Otherwise, try crouching in the grass and assassinate as many bandits as possible before being detected.

Once you have defeated the bandits, untie Phoibe and speak with her. A cut scene will follow in the form of a flash back, after which Phoibe will mention that you are being hunted by Talos the Stone Fist, a bounty hunter employed by the Cyclops. This will be your first encounter with the bounty hunter system. 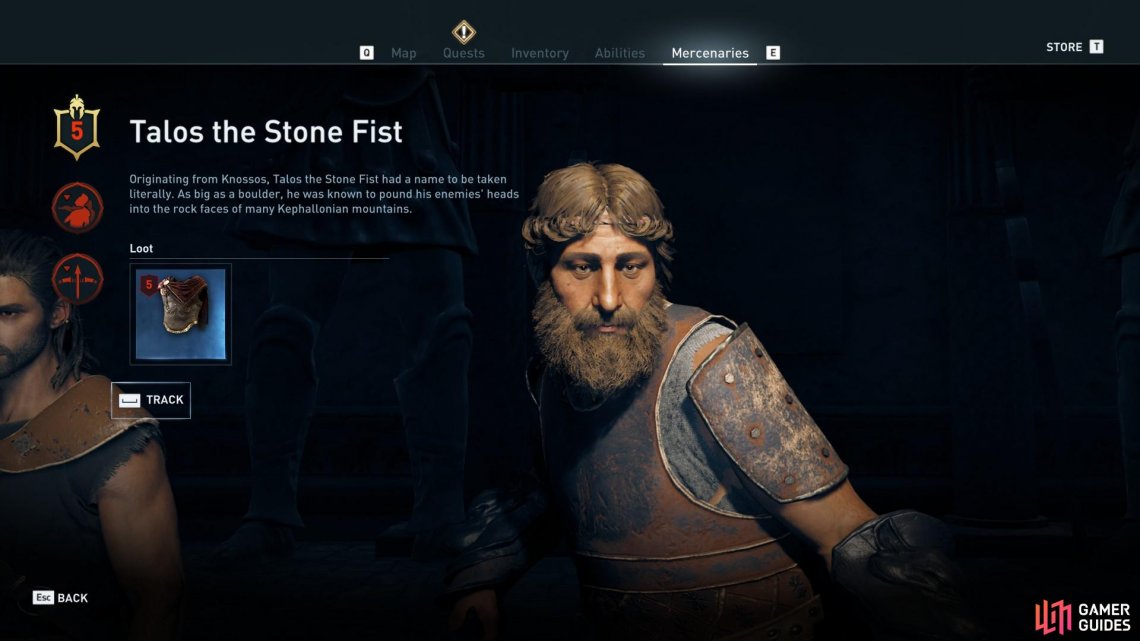 Enter the ‘Mercenaries’ menu to inspect Talos and track him.

Warning! At this point you should do your best to avoid Talos until you reach level 5. If you engage him in battle now it will likely end in a swift death. Even just two or three levels difference between yourself and an opponent can result in a serious imbalance between damage dealt and damage received.

With Talos tracked, maintain a healthy distance from him and go immediately to collect your drachmae from the merchant Duris in Sami. When you speak with Duris he will inform you that he does not have the money. You now have three choices; destroy his merchandise in order to force him to pay, let him off the debt (he will provide you with an improved sword in gratitude), or kill him and then loot him for the money.

Note: In general it is a bad idea to kill innocent civilians. You may gain in the short term but you may miss out on gifts of gratitude, such as the sword, in the process. Worse still, killing innocents ensures an increased amount of bounty hunters, some of them much higher level as your bounty increases, will seek you out.

When you are done with Duris, head back to Markos. A cut scene will follow, at the end of which you should follow Drucilla so she can fix your bow. Once fixed, shoot twice at the dummies with your bow, completing the quest.