This is the final quest of the chapter. You are about to enter your first conquest battle. Speak with Stentor, who can be found in the Spartan camp at the bay of Megaris, to begin the quest. Tell him you’re ready if you want to follow him to the forward camp, or inform him that you will meet him there if you would rather make your own way. Whatever you choose, when you reach the forward camp, speak to Stentor again.

The battle will begin with you thrown into the heat of it. Much of your time in the battle will be taken up by defending yourself from oncoming regular soldiers, but whenever you see an Athenian Captain you should focus your attacks on them. The overall aim of the battle is to reduce the faction bar displayed at the top of the screen. You will note that there is a bar for both Athens and Sparta. To ensure that the Athenian bar is reduced first, kill as many captains as you can, as quickly as you can.

Don’t forget to use heavy attacks to break captain defences, followed by light attacks or special attacks by using your skills. You may also encounter an Athenian mercenary. Though they vary by name, they each have special skills which can catch you off guard. Maintain awareness of your surroundings and look out for the initiation of special attacks. When they occur, dodge or block them before returning with your own attacks. 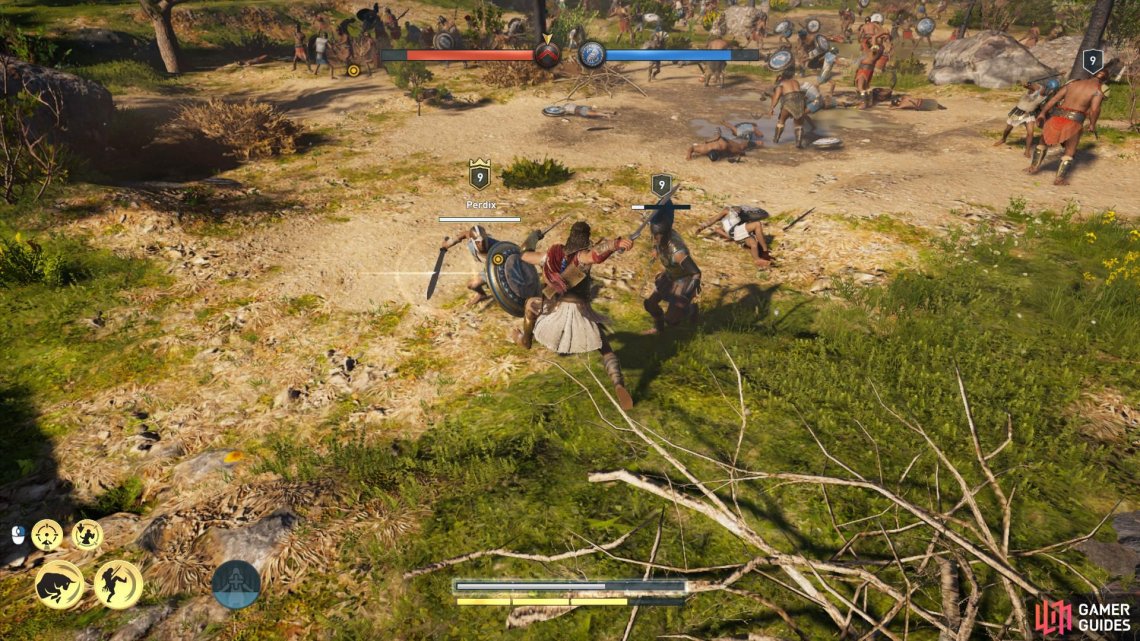 Focus your attacks on Athenian captains. Each one you kill will reduce more of the strength of their army than any amount of regular soldiers.

When the Athenian strength bar is reduced completely, the battle will end and the quest will complete after a brief cut scene with Stentor.

Note: Conquest battles can be completed periodically throughout the game in contested regions between Athens and Sparta. While any region is available for a conquest battle in theory, regions which are predominantly controlled by one faction will need to be weakened before the conquest battle can occur. To weaken a faction, assault camps, forts, and patrols of soldiers who are affiliated with the faction which is currently in control of a region. Faction strength associated with each region is indicated on the main map.