The first thing you will need to do after accepting the assassination quest from Elpenor is find a boat. Speak to the shipbuilder in Sami. Regardless of the dialogue options you choose, the shipbuilder will not sell you his boat for less than 100,000 drachmae. He does however provide some useful information in the form of an update on the Cyclops; he can be found in Kleptous Bay, and so can his ship. 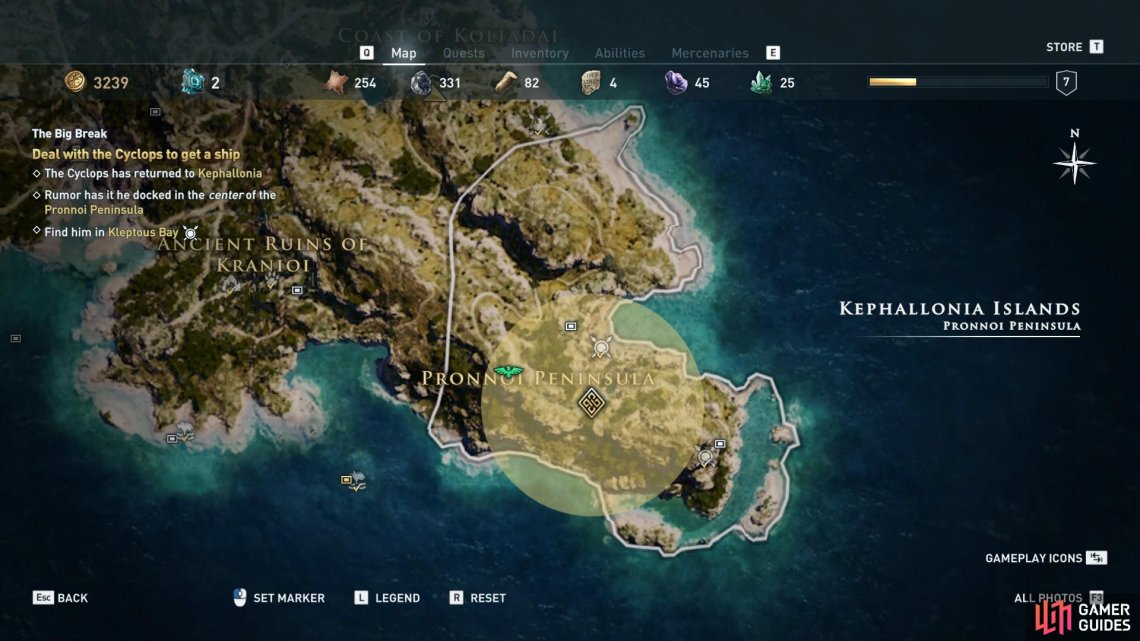 Make your way to Kleptous Bay on the Pronnoi Peninsula.

When you are approaching the bay, use Ikaros to examine the situation. Take note of the amount of opponents and the precise location of the Cyclops. You can then move through the camp and eliminate opponents in whatever way you see fit. When you approach the Cyclops a cut scene will initiate, after which you will be thrown into the midst of battle. 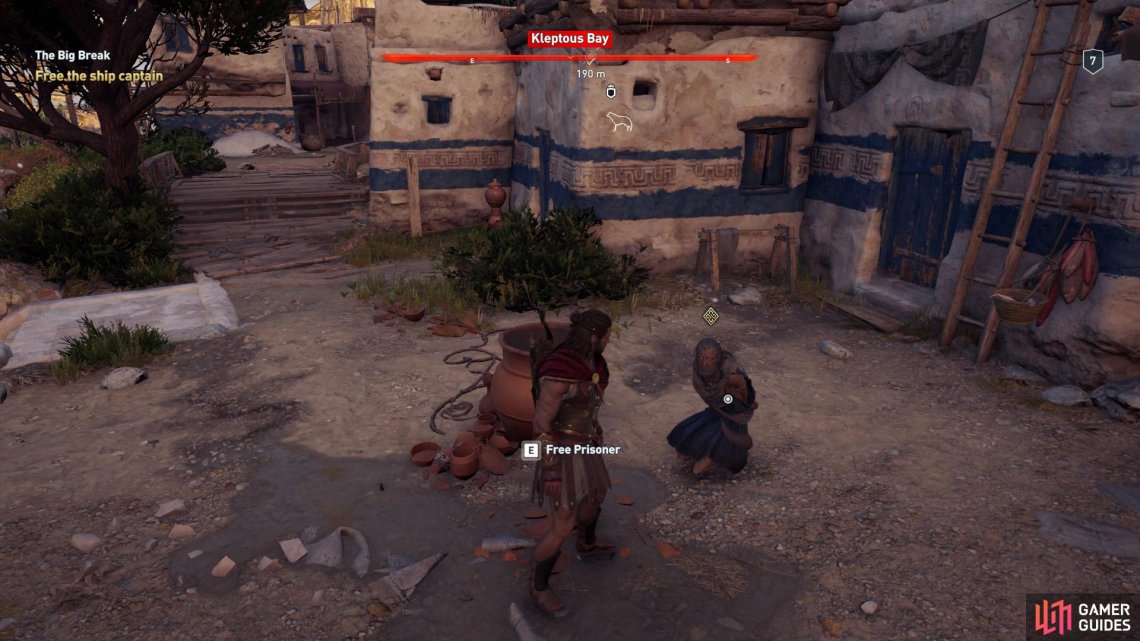 When you have defeated the Cyclops and his thugs, free the ship captain from his bonds.

When all enemies in the camp have been defeated, you will be able to speak with a ship captain named Barnabas, who can be found tied up within the camp. After untying him, Barnabas will lead you to his ship, the Adrestia, and introduce you to its crew. From this point on the ship will be in your command, with Barnabas acting as captain.

Did you Know?: ‘Adrestia’ is the name of a Greek goddess meaning ‘she who cannot be escaped’. As the daughter of Ares and Aphrodite she is among the pantheon of deities associated with war and love, ultimately representing an archetype of the balance between good and evil. A fitting metaphor, then, for the ship which henceforth may facilitate either in your adventures throughout the Aegean Sea.

Meet Barnabas in Sami Harbor to inspect your new ship. After speaking with him you can bid farewell to Phoibe and Markos. A cut scene will follow and the quest will complete.