This quest begins immediately after the side quest ‘A Life’s Dedication’. Exit the Cave of the Oracle and head north east to the underwater Ruins of Arne. When you are near to the ruins, use Ikaros to scout the area and identify the two treasure chests located beneath the water. You can then dive under and loot them. The first chest you come across will be locked and requires a key to open. The key can be found on a skeleton roughly twenty metres north east of the chest. 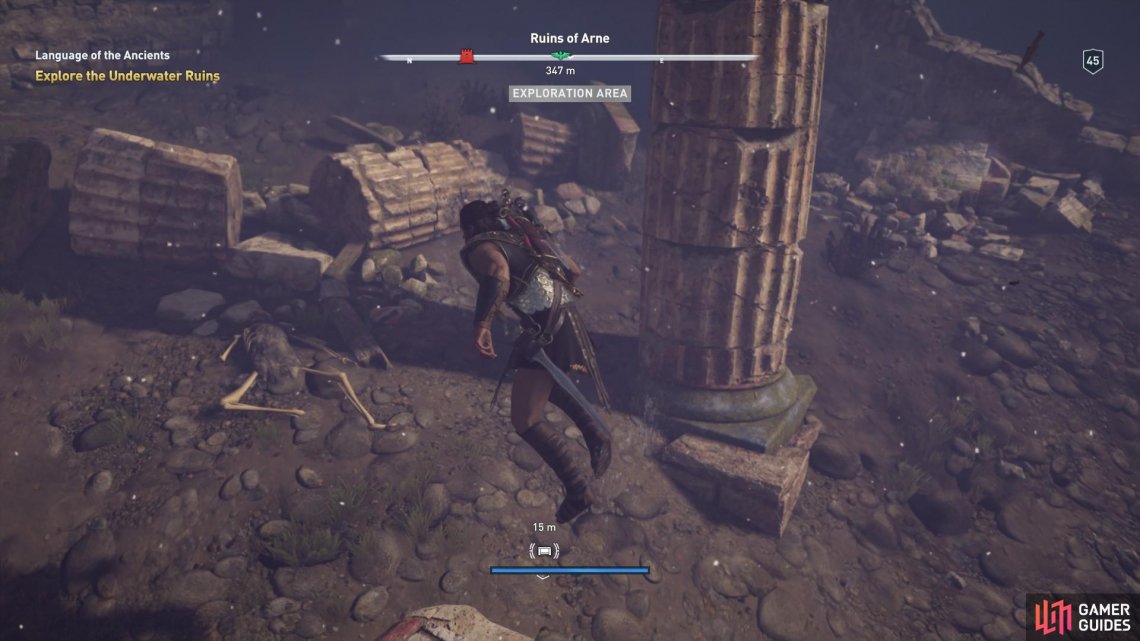 Loot the ancient key from the skeleton to open the chest.

Take the key and open the chest with it. You can now deliver the stele piece to Eppie, who will be waiting for you in the Cave of the Oracle. After informing you about more of the text on the wall, he will suggest a new location for a piece of stele; the Tomb of Orion, which is detailed in the side quest ‘Chasing Phantoms’.

Did you Know?: One of the most impressive artefacts of the ancient Greek world was found in the ocean. Thought to be an early example of analogue computing (c. 87 BCE - 205 BCE), the ‘Antikythera mechanism’ was retrieved in 1901 from a shipwreck off the coast of Antikythera. The artefact implies a technological sophistication honed by the Greeks which we can only begin to extrapolate from such rare finds. What wonders await discovery beneath the waves…