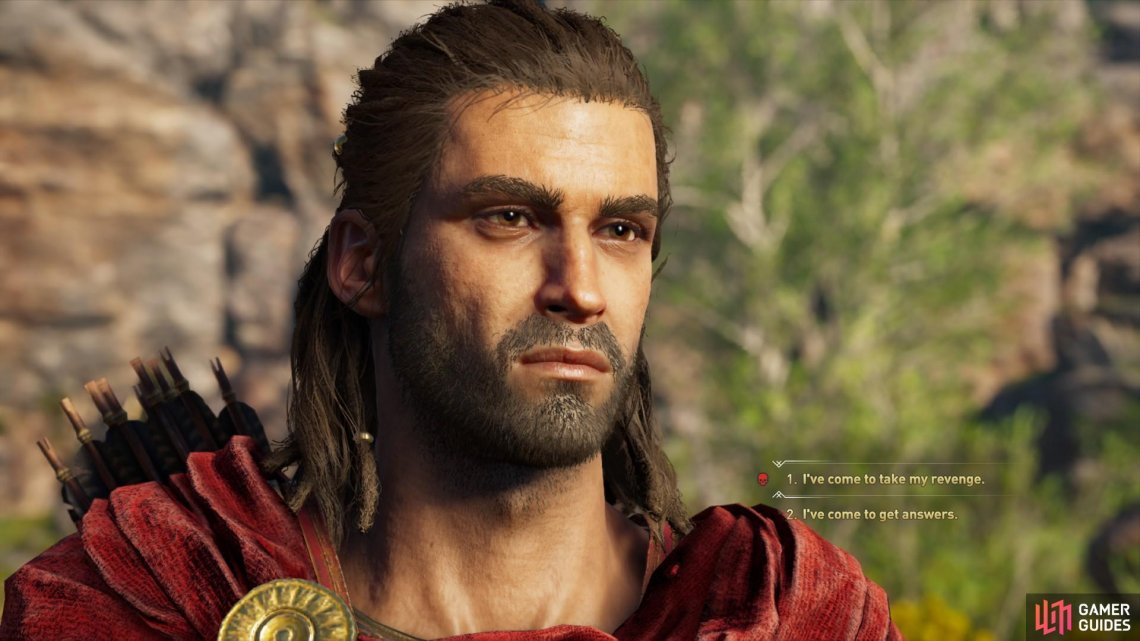 Choose your dialogue carefully. It will influence the pattern of the story to come.

This quest is extremely straightforward insofar as your actions are concerned. However, the decision you make at the end will influence the outcome of the story for your character permanently.

Make your way up to where the Wolf of Sparta is standing on the cliff edge. When you approach him a dialogue will initiate. After some time you will have the option of choosing whether to exact revenge on your father, or ask for answers. If you choose to ask for answers, he will provide them and the quest will end.

If you choose to exact revenge, Nikolaos will die by your hand. Stentor will then approach you and you will have a moment to decide how you respond to his questioning. Whatever you choose, he will fight you regardless. You will now have to defeat him to complete the quest.

Since he wields a spear and shield, focus on using heavy attacks to break his defences, and maneuver around him to inflict the most damage from behind. If you want to end the fight quickly without having to deplete Stentor’s health completely, you can fight him toward the cliff edge and then force him off either by repeated attacks or special skills such as the Sparta Kick. Once he is dead, the quest will complete and you will have to flee the area to avoid the wrath of the Spartans.

Note: It is strongly advised that you choose the ‘I’ve come to get answers.’ dialogue option. This will not only spare the life of Nikolaos; it will allow you to complete an additional quest line later in the game, which would otherwise be inaccessible. This option also has the added benefit of allowing you to leave Megaris peacefully, without the wrath of the Spartans following you.