This quest begins immediately after ‘Learning the Ropes’. Barbaras has recommended a new crew member who by his estimation is the best archer in the local region. Your task is to find him and convince him to join the crew. You should begin by sailing to a small island to the west, in Phokis. 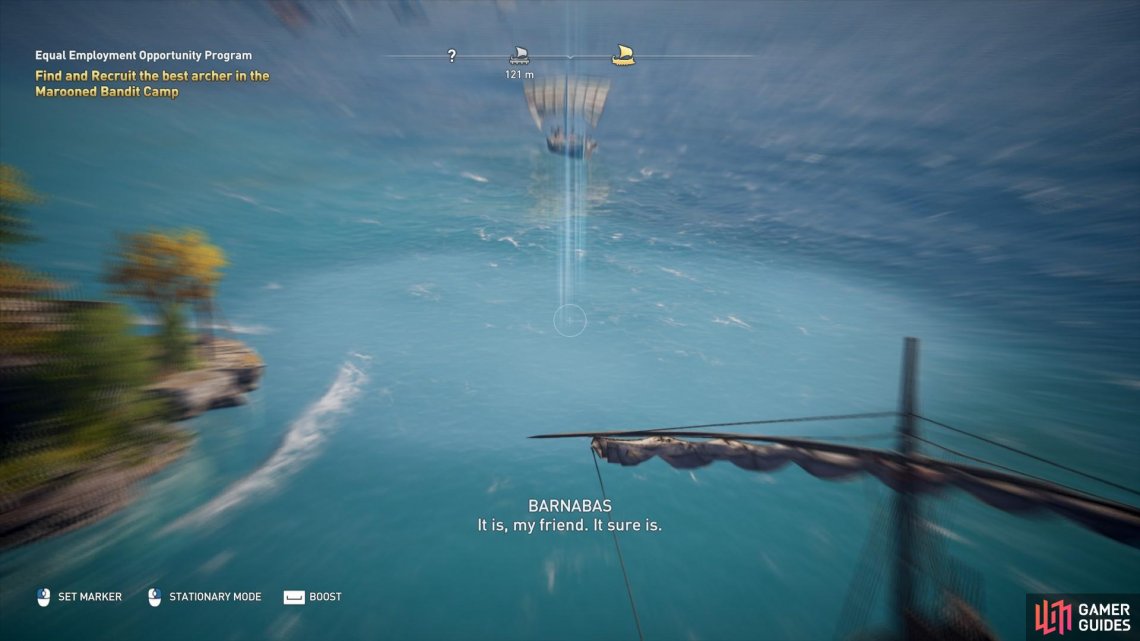 When you arrive at the island, dock the ship in the highlighted region that you can see from above when scouting with Ikaros.

Use Ikaros to scout the island and identify the precise location of your target. You will note the name of the archer - Phemios - and you can now approach him. When you are close enough, a tutorial tip will demonstrate how to use knock out attacks, which are necessary to bring the target to low health without killing them. When they are knocked out, you can attempt to recruit them. 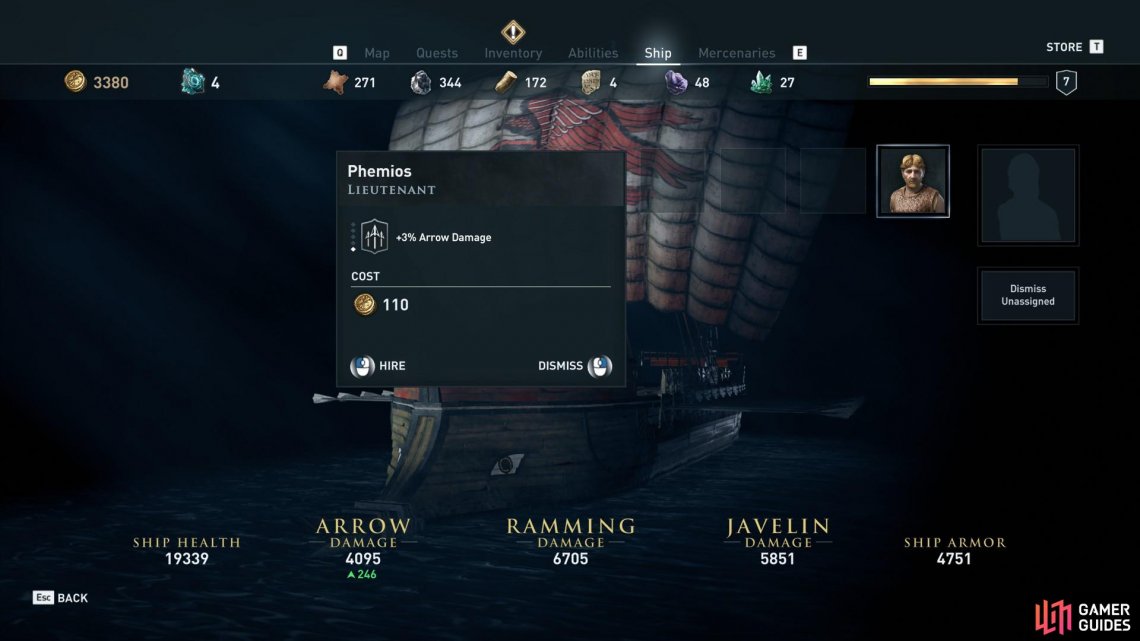 Once you have recruited Phemios, enter the ship management menu and assign him as a Lieutenant.

Note: You can attempt to recruit almost any non-story character that you come across in this way throughout the game world. Some characters may request to join your crew. You may request it of others. But for all those who will not come willingly, a quick knockout attack should do the trick. When they regain consciousness you will be able to persuade them to join.

You can now return to Barbaras to complete the quest, though you may want to kill the nearby bandits for loot and XP first.