Brasidas has requested that you join him in turning the tide of war at the Battle of Pylos. He also informed you that your sibling is there, causing mayhem and destruction on an unprecedented scale. You must now confront your sibling and attempt to save them from the kult of Kosmos, while ensuring that Sparta prevails. Fast travel to your ship and make your way to the Bay of Hades. As you approach the bay you will note a red hue; flames. Speak with the Spartan officer in the beach encampment.

What follows is at first a regular conquest battle. You will have to kill a number of captains to weaken the Athenian army. However, at the point where a mercenary usually enters the battlefield, your sibling will instead. They are much more powerful than most mercenaries and possess a number of deadly special attacks. Whenever your sibling approaches you, evade them with dodges (blocks will not work) before you begin a counter attack. You can use special melee skills in your counter, but it is safer to fire deadly arrows from afar. 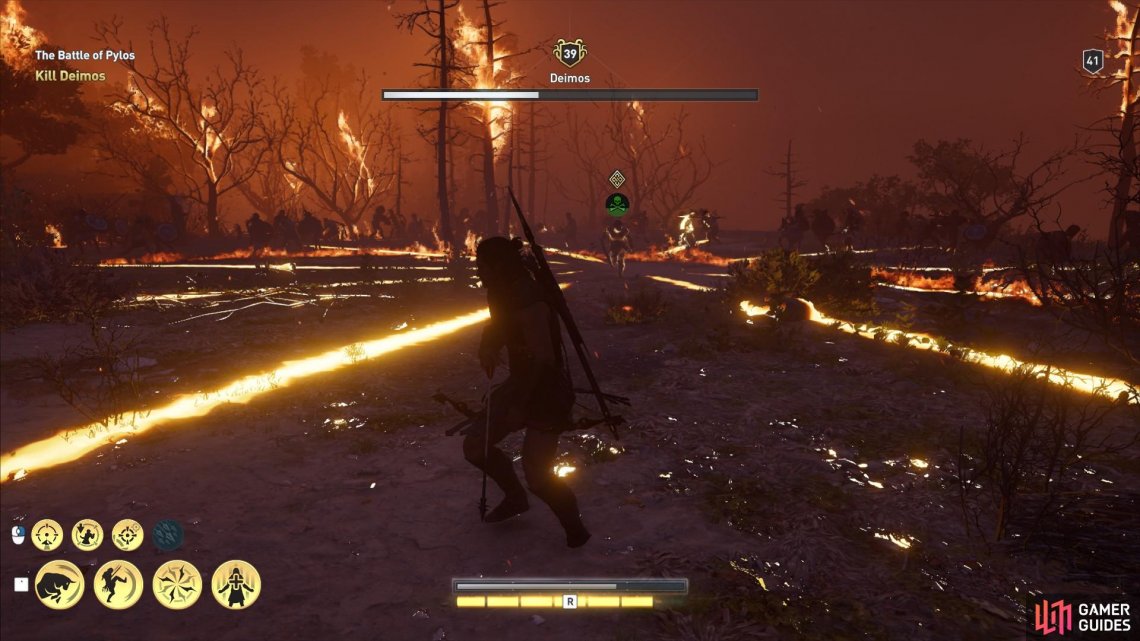 Whenever your sibling lights up the ground with fire, avoid touching the fire until it explodes. You can still fire while you wait.

Following the advice above, you can gradually reduce the health of your sibling until they are defeated. A cut scene will then initiate, after which you will have to decide whether you will act on vengeance or compassion. It is advised that you choose the latter to achieve the best possible outcome for the family. Whatever you choose, what happens next will be the same; you will be knocked out by a fallen tree and wake up in a prison cell, at which point the quest ends.