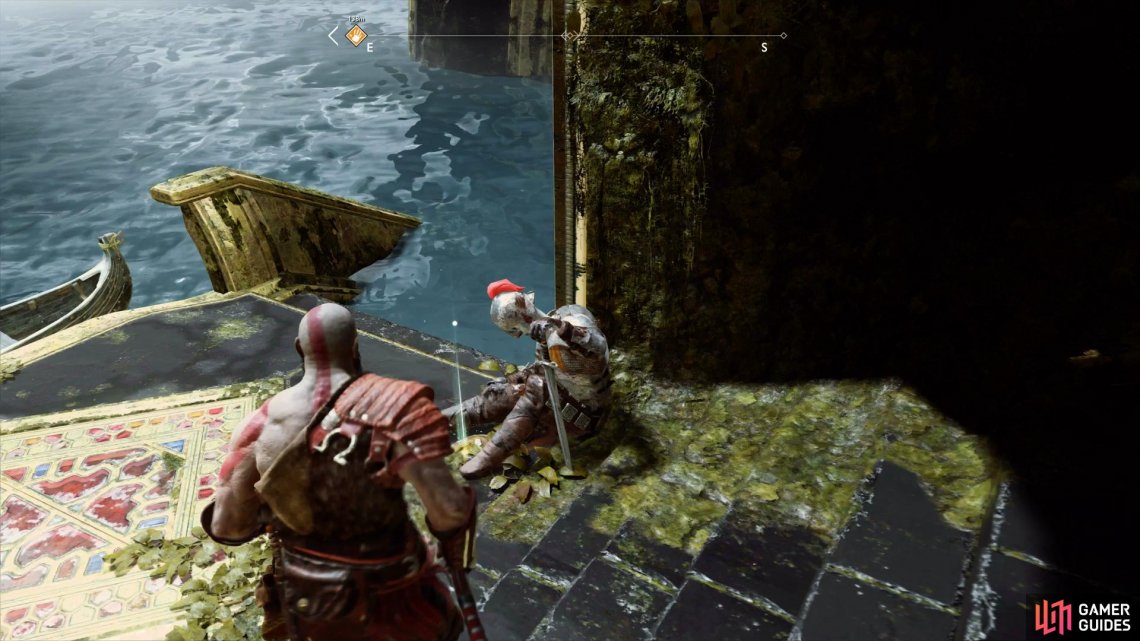 Find this on the east dock at Týr’s Temple.

The most simple figurehead to find, head to Týr’s Temple once you reach the Lake of Nine for the first time and cross over to the east dock to find it. 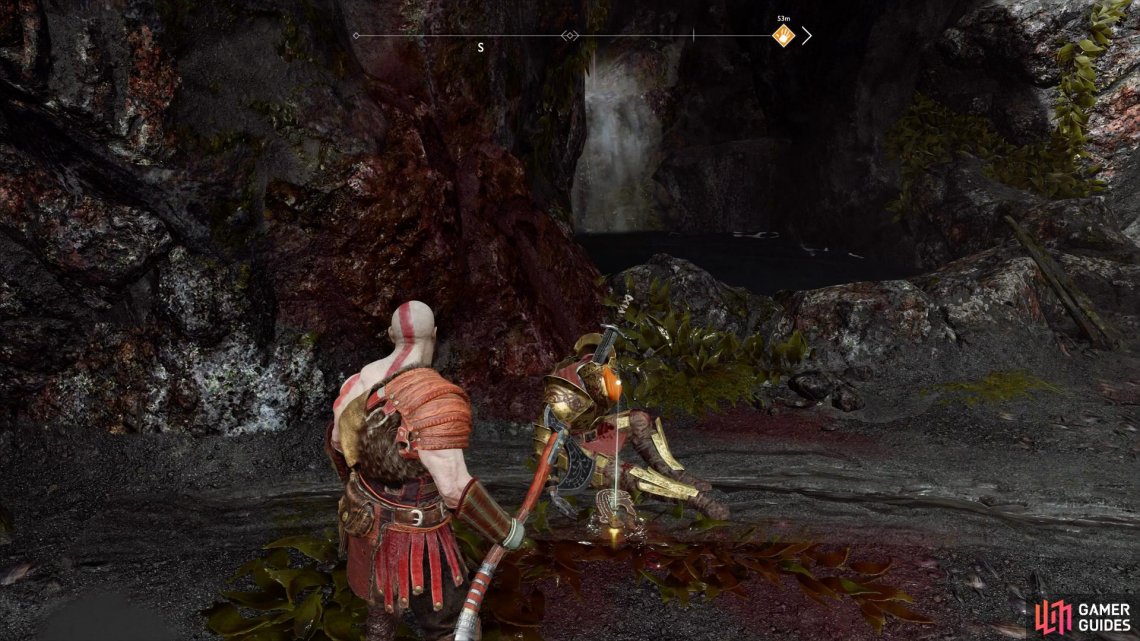 Head to the Lookout Tower, south of Týr’s Temple to find a Nornir Chest puzzle. Once you complete the puzzle by moving the spikes back and hitting the bells, you’ll be able to grab the Artefact on the floor. 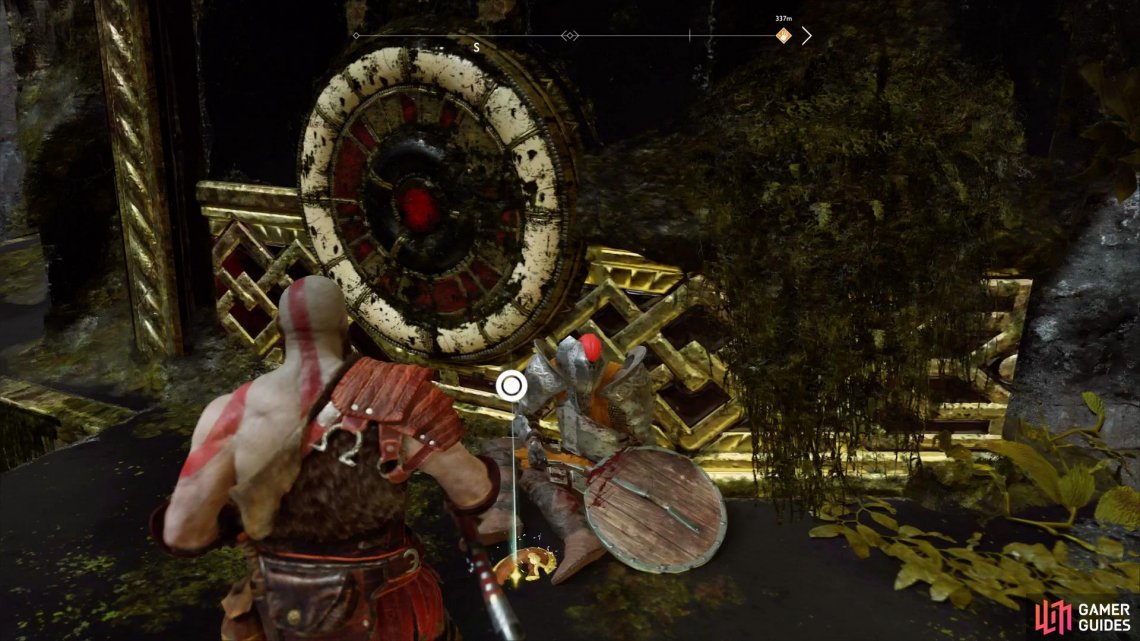 Look to the right of the Mystic Gateway.

Travel to Niflheim Tower to the southwest of Týr’s Temple, you’ll find a Mystic Gateway along with a Realm Tear. To the right of the Mystic Gateway is a corpse with an Artefact. 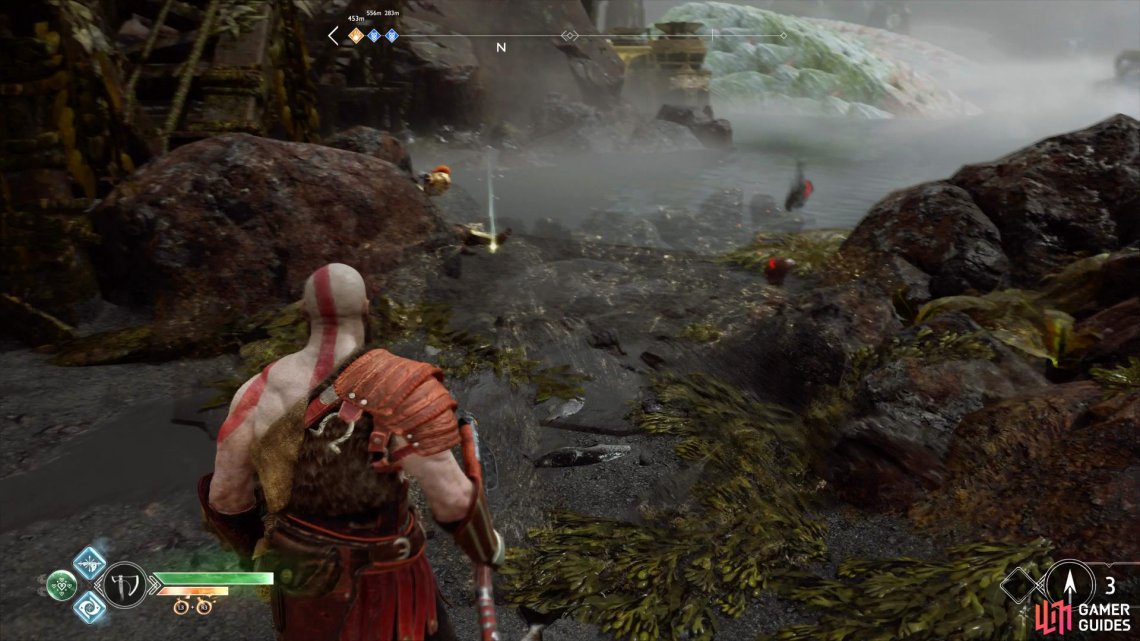 Destroy the debris by hitting the bomb to access this.

Head to the Isle of Death, north of the Iron Cove and climb to the top. You’ll see some debris to the northeast of the island, stand in the middle to find a bomb you can hit with the axe. The Artefact is on the corpse at the back here. 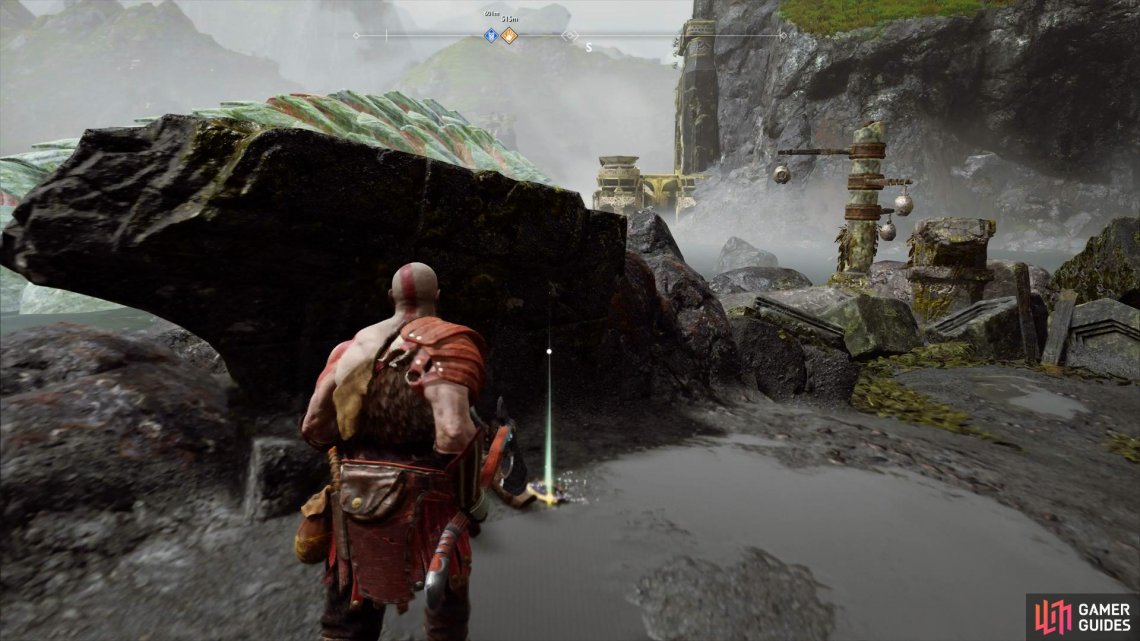 Take a left after climbing the chain to find this Artefact.

Travel to the Forgotten Caverns, northwest of Týr’s Temple to find a chain you can climb on the right of the beach. At the top here is a corpse to your left containing this Artefact. 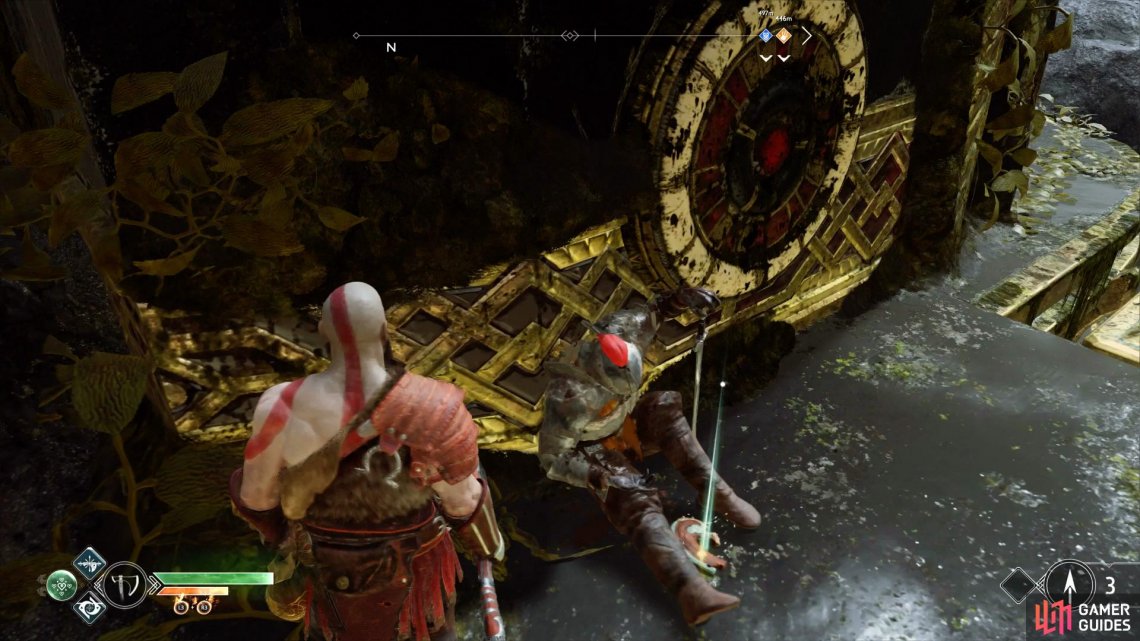 The Artefact is on the corpse slumped against the wall.

You’ll find the next figurehead at the Helheim Tower, to the north of Týr’s Temple. Once you’ve defeated the Hel-Reavers, find the Artefact on the corpse against the wall. 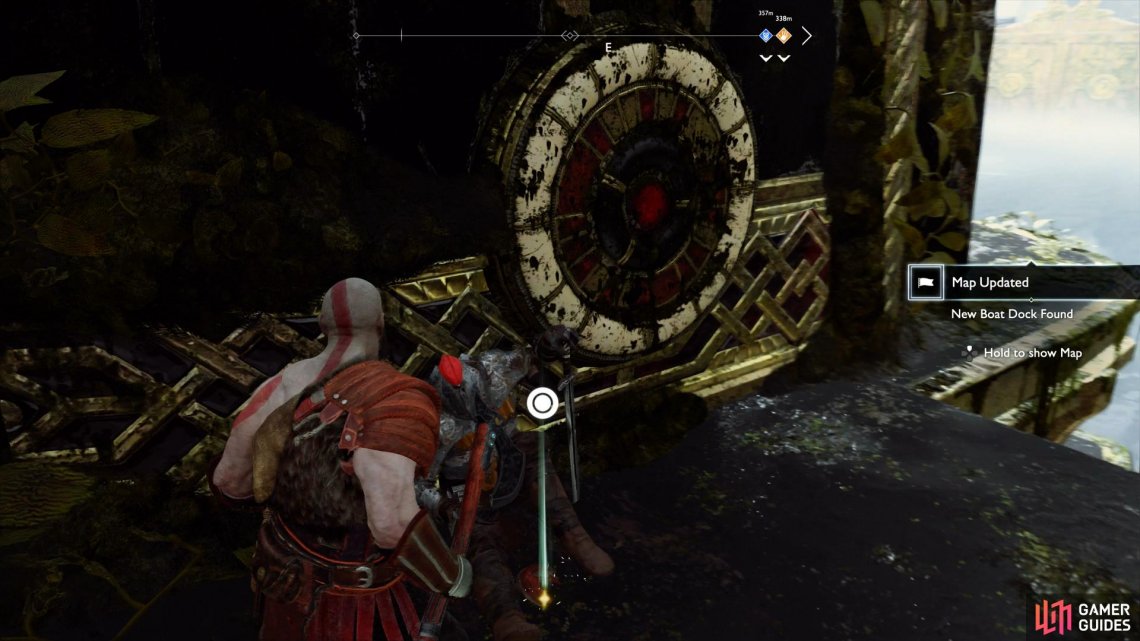 This is another Artefact found against a wall on one of the towers.

Alfheim Tower is the next destination for this figurehead, you’ll find it to the northeast of Týr’s Temple. The figurehead can be found on the corpse against the wall. 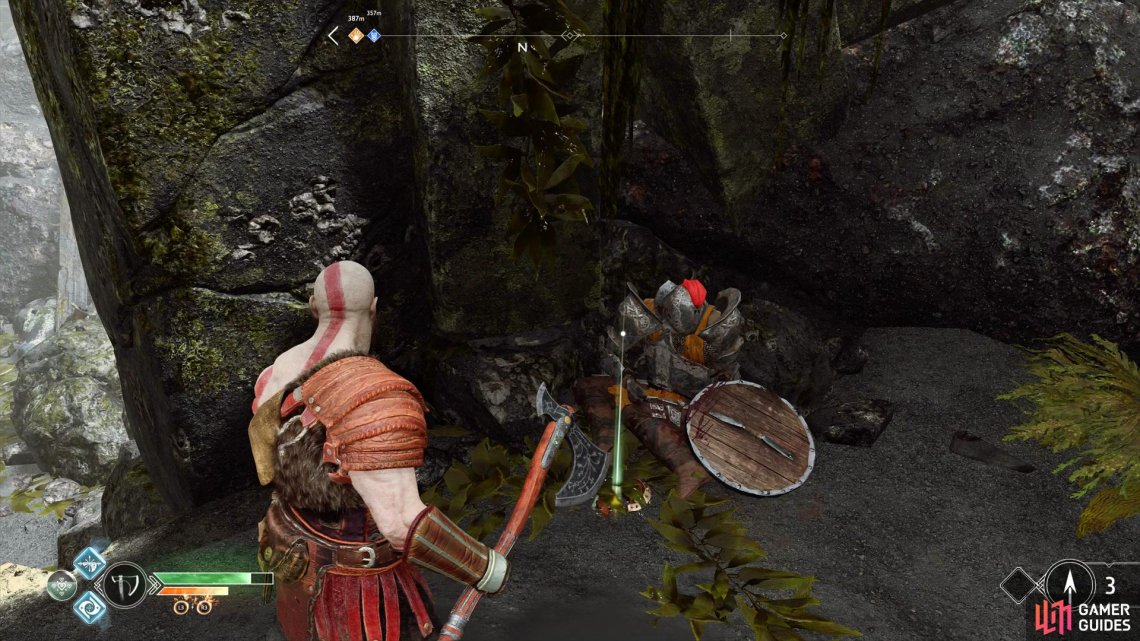 Climb the ledge to the left of the right gate.

Travel to Stone Falls, east of Týr’s Temple and dock the boat. Head through the first open gate and defeat the Revenant and Tatzelwurm inside before finding a ledge to the left of the right gate, the figurehead is on a corpse here. 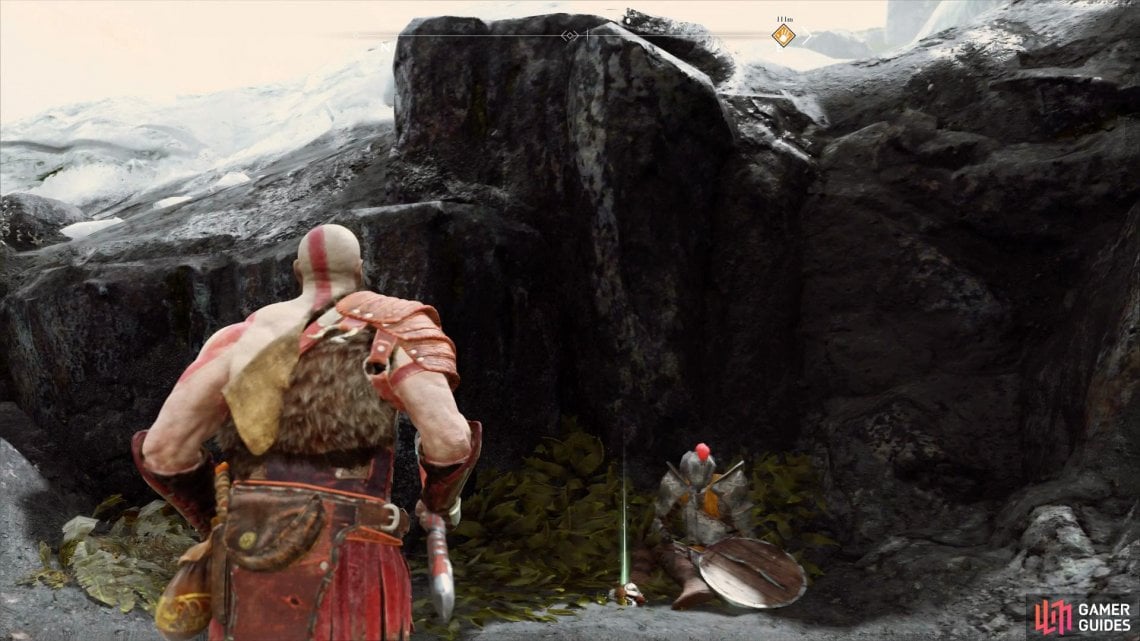 Look against the wall where you find the Legendary Chest here.

The final figurehead can be found at the Cliffs of the Raven, south from the east dock at Týr’s Temple. Dock the boat and look to the far wall to find a wooden board that can be broken, allowing you to boost Atreus. At the top you’ll find the corpse with the final figurehead to your right.