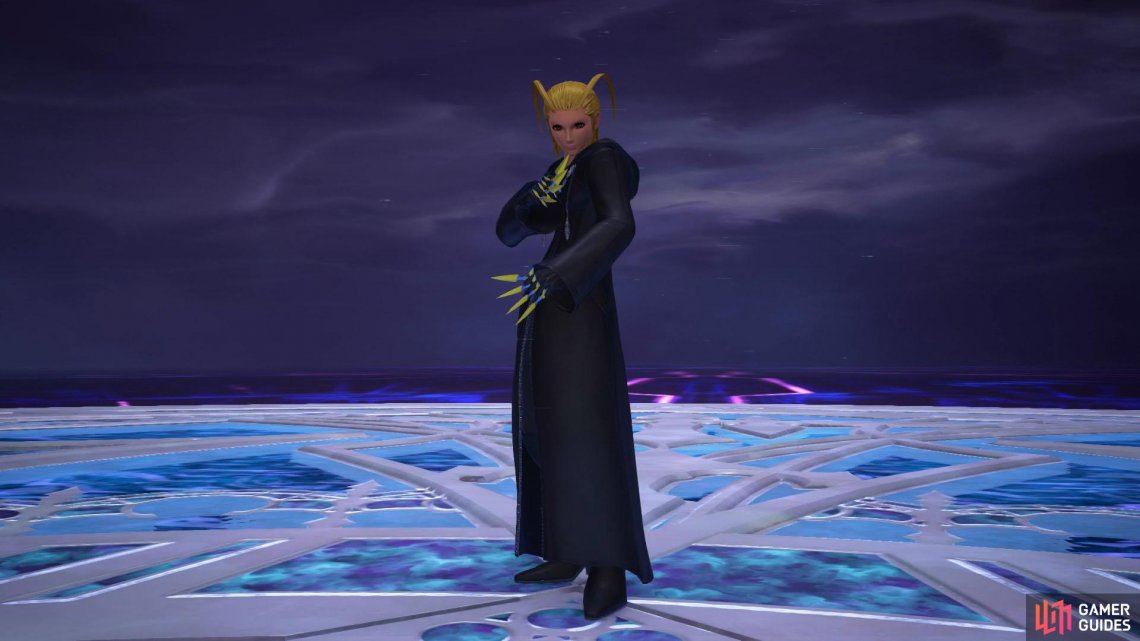 Similar to Dark Riku (but less deadly), Larxene’s main trait is her speed. She’s lightning quick to the point you’ll want to make sure your locked-on at all times to avoid losing track of her. She’s one of the more easier Limitcut battles to learn but that doesn’t mean you should underestimate her as she can and will kill you quickly if you’re not on top of your game.

Her Strike Combo is a simple attack that you can simply deflect through and counter, indeed this may be one of your best options to dealing damage to her. Beware though if you don’t block and counter this attack, she’ll follow it up by tossing her Kunai that will cause shockwaves at their impact, in this case, dodge away to avoid the blast. From a range, Larxene will shoot out a barrage of Thunder Strikes that will travel towards Sora, if you’re at a distance yourself, you can easily dodge to the side but be prepared for her to use this three times in succession. 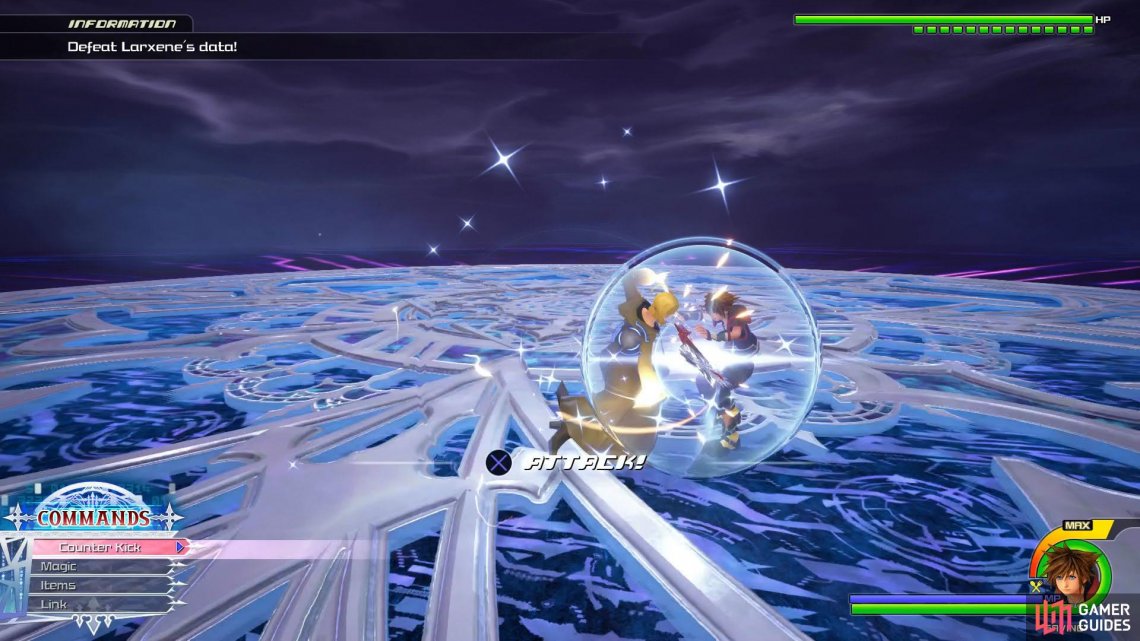 (1 of 5) Her Strike Combo can be easily deflected

She will also run towards Sora and jump in the air and slam down, causing a circle of Shockwaves around her, if you see this coming then do your best to dodge away from it and attempt to follow up with a counter of your own. Again, she’ll usually use this attack three times before changing tactics again. All the while, you’ll need to keep track of her as she teleports around as lightning bolts around the arena, if you’re close to her during this, you can get damaged by the lightning she leaves behind. She can also unleash more Thunder Strikes while travelling around the arena so be on the lookout and doge when they approach.

Once you take Larxene under half HP, she’ll start summoning clones that have access to all the attacks she has. Although the clone itself can be killed in a single strike, determining which one is the clone can be tougher. This can be hectic and hard to follow so attempt to stand your ground and deflect the attacks, followed by a Combo of your own to begin taking them out. Eventually, she’ll enter her Desperation Move by summoning an Electric Circle around the arena that will close in on Sora, get ready to Dodge Roll out of this at the very last moment or else you could take fatal damage here. 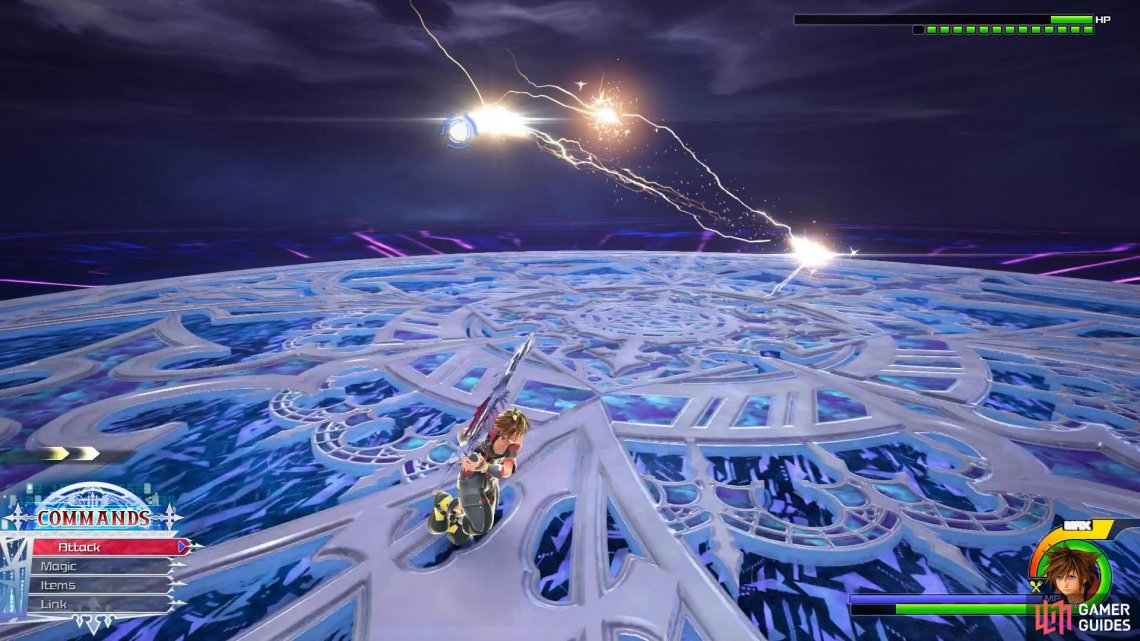 All in all, so long as you can keep track of Larxene, you shouldn’t have too many issues with her. Most of her attacks can be deflected and countered, leading you to be able to damage her easily. The Desperation Move is her greatest threat but if you block the attacks and Dodge Roll at the last moment, you should be fine.