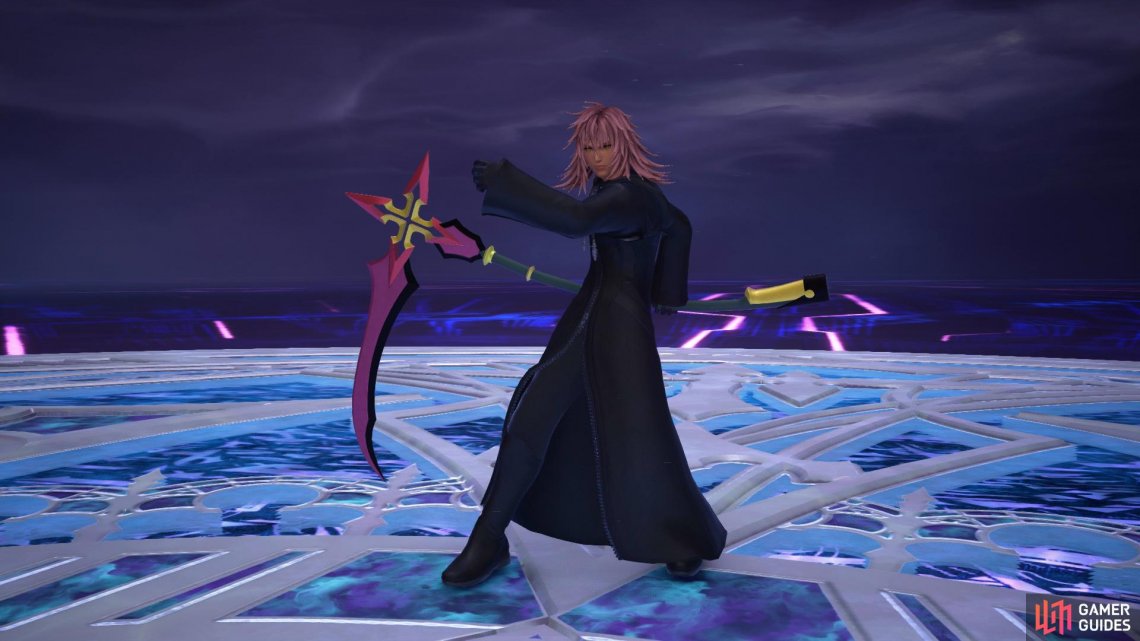 Did you know? Marluxia was the final boss of Kingdom Hearts: Chain of Memories on the Game Boy Advance. He staged a coup of the original Organization XIII and went against the wishes of then leader, Xemnas. His real self seems to share a deep secret and connection with Larxene that has yet to be revealed.

For those of you who have played Kingdom Hearts II Final Mix’s Data battles, you’ll find Marluxia is similar to his form there. The same principle behind the battle is still in effect here and knowing this will give you a nice head start before the battle has even begun.

Marluxia’s Scythe Combo is an easy to block combo once you get used to him teleporting over however the during the last strike the scythe will glow red so be sure to dodge the final hit as it’s unblockable. When he retreats to distance, get ready for him to toss his Scythe at you, this can be blocked and will be followed with the Scythe coming right back at you, deflect this too and then dodge roll out of the final time the scythe comes back at you as it’s unblockable. This is also a good moment to counter and strike Marluxia if you’ve managed to avoid the entire combo. 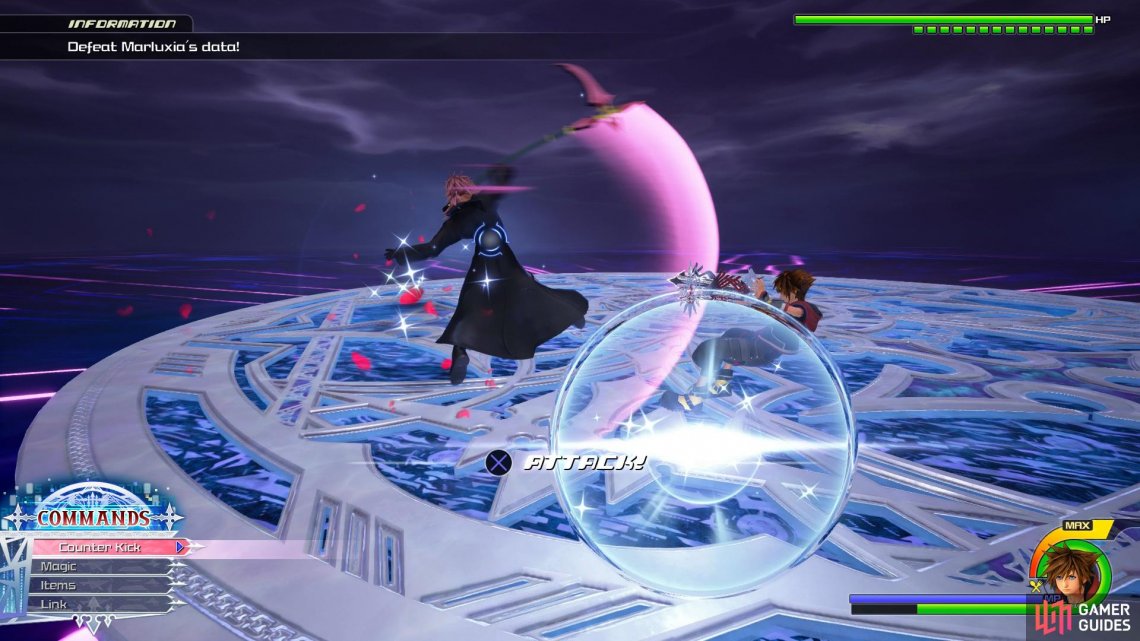 Marluxia will also teleport to your location and cause Rose Explosions under your feet, dodge roll to the side during this attack and be prepared to dodge against unblockable scythe combos during this attack. Marluxia will also summon Rose Drones that will sit above Sora and then fire at him, these can be blocked and more importantly, taken out with a single hit so a cast of Thundaga can be handy here. As the battle goes on, he’ll begin creating four pools of Darkness that will begin pulling you in, simply keep dodge rolling away from them to avoid this attack. The attack will usually end with Marluxia jumping into the air and causing a Shockwave when he lands, simply jump over this to avoid it. Should you see Marluxia with a glow around him at any time, you’ll find he has a temporary bar of Armor, you can strip this instantly with a cast of Firaga or wait for it to wear off.

Marluxia is at his most dangerous however when he uses his Doom Counter, usually signified by him rising in the air. After whispering into Sora’s ear, you’ll find a timer above your head of 15 seconds. You’ll need to strip Marluxia of his Armor here by attacking him, this is best done by using Air Step to get over to him and begin comboing him. You’ll need to dodge his other attack patterns here and avoid the center as a large Darkness pool pulls you in. Once you manage to strip his Armor, use the Situation Command Dispel to break out of the Doom Counter and return the battle to normal. 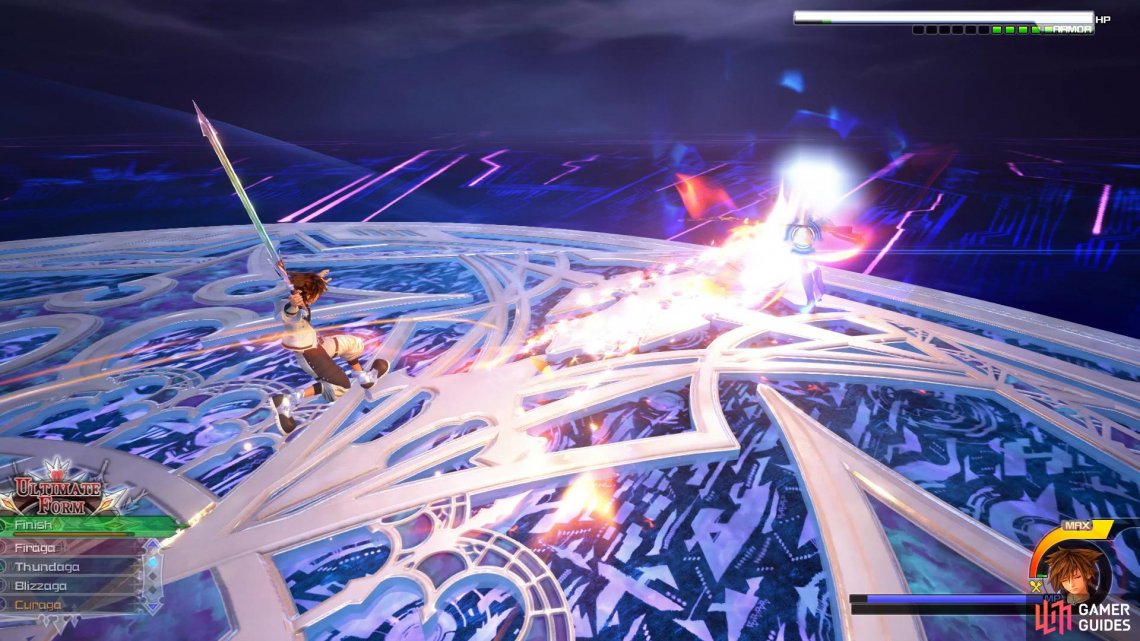 Marluxia may seem daunting at first but he’s one of the easier battles in Limitcut due to the opportunities you have to strike him, especially after dodging his Scythe Throw that he uses reguarly. Keep on your toes however as Marluxia’s most dangerous attack is saved for last as once you fully deplete his HP, you’ll need to deal with one final Doom Counter, this time with a timer of 99. The time will plummet quickly and you’ll only need to strike Marluxia once to end the battle but you’ll need to deal with a rampaging Marluxia during this. To begin with, you’ll need to dodge backwards and forwards through his Scythe Throws until the final 10 seconds where he’ll be vulnerable, so quickly Air Step over to him and strike him to bring the battle to a close.