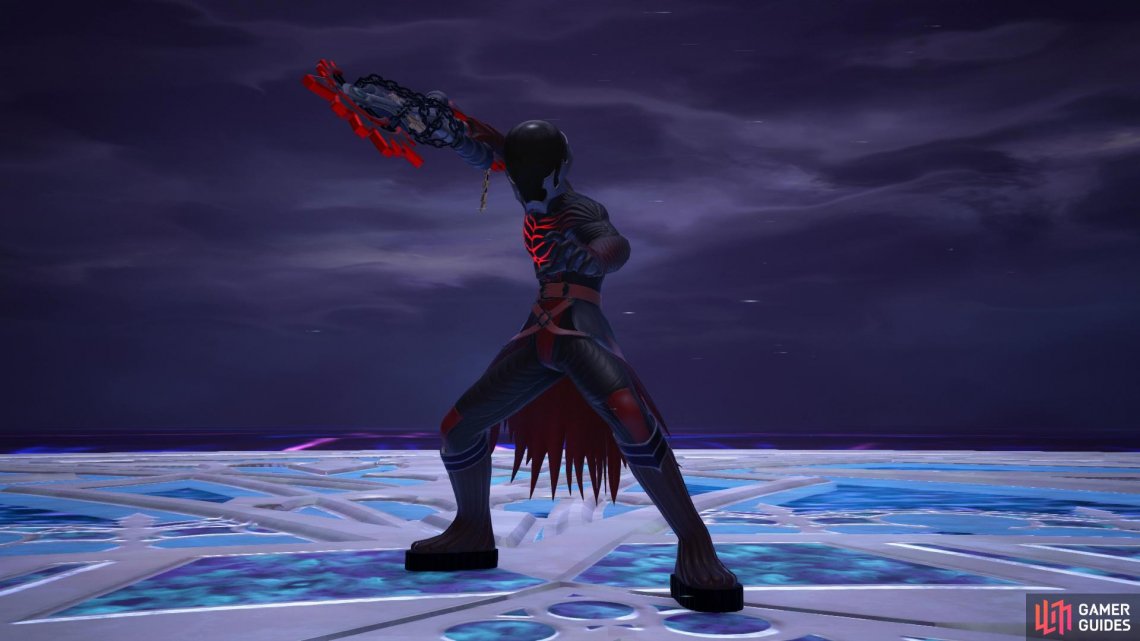 Did you know? Vanitas was introduced in Kingdom Hearts: Birth by Sleep on the PSP. He was revealed to be the darkness inside of Ventus’ heart drawn out by Master Xehanort. Vanitas held a deeper secret however, he shared the same face as Sora.

Vanitas is equally quick as he is dangerous however if you dealt with him comfortably during the two battles in the story, you’ll already have a head start on how to confront him here. The one useful tactic to know however is that, provided your timing is spot on, nearly all of his attacks can be blocked.

Vanitas’ standard Keyblade attacks involve him teleporting before following it up with a downward slash, this is by his easiest attack and you can punish it with a counter fairly easy. This is then usually followed up with his Flame Explosion which cause Fireballs to rain out from a centralized explosion, this can also be blocked and if you wait until after the third explosion, you can quickly follow up with an Air Step to attack him. 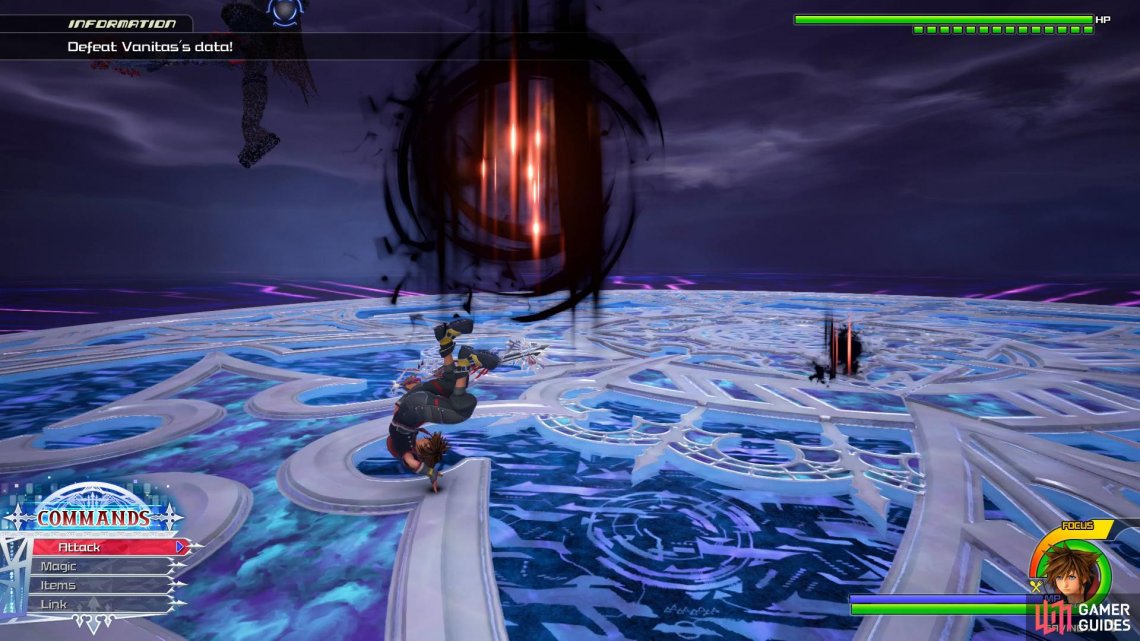 From range, Vanitas will use his Ranged Slash attack at you, each of these can and should be blocked or else you’ll become frozen, allowing you open to his deadly follow up. He will usually use two barrages of this attack with each barrage consisting of three slashes. The final slash of the second barrage will be delayed a little however if you manage to block it, you can follow up with Air Step to score a combo on him. Vanitas will also use regular Fireballs that will seek out Sora, wait for them to approach and block them to avoid all damage. Vanitas will reguarly teleport and attack with standard strikes during this attack.

Vanitas is at his most deadly when he unleashes his Desperation Move as he rides a wave of Keyblades, during this attack he’ll shoot out large Ice Missiles, these can’t be deflected and should they strike Sora, will freeze him in place, leaving him completely open to the follow up charge attack where you’ll take major damage. He’ll also shoot out waves of Clones when he takes up position in the center of the arena, these also can’t be deflected but are much harder to dodge so wait for the last moment and then keep rolling to avoid them. 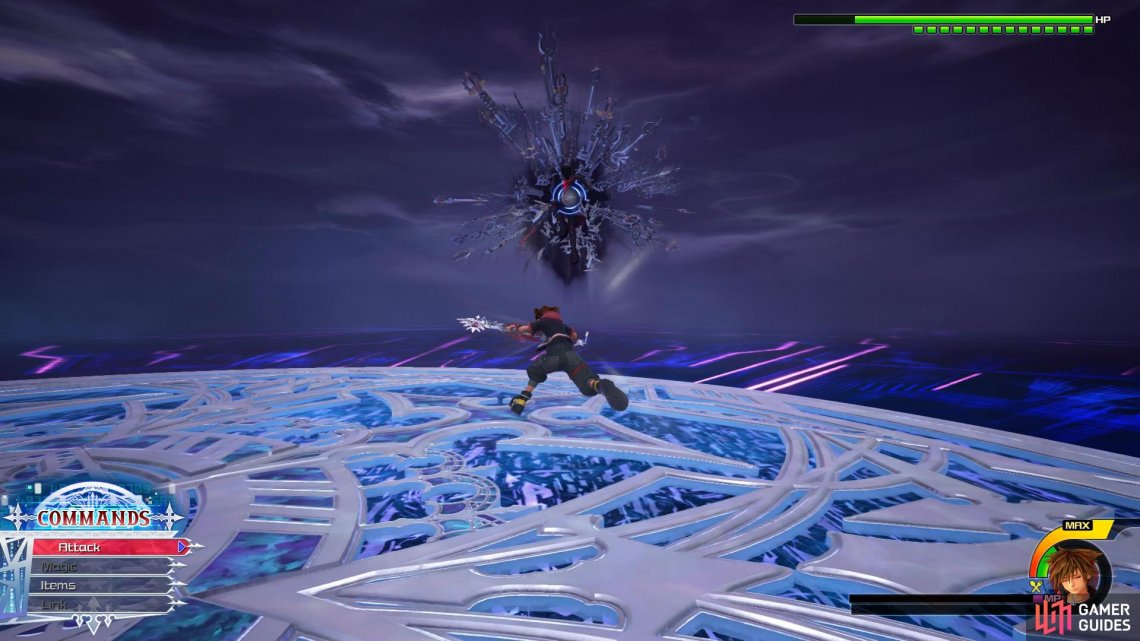 (1 of 4) If you’re quick, you can attack Vanitas as he begins his Desperation Move

The biggest obstacle with Vanitas is learning when it’s safe to attack him, he’s nearly always on the move and in some form of attack so you’ll need to nail your blocking and countering to put any kind of dent into him. Vanitas is one of the tougher starting battles in Limitcut so you may wish to wait until you’ve gained mastery of blocking from the other battles before returning here.