The Strawberry Flan is located inside of the Toy Box world, by the Galaxy Toys Rest Area save point. Teleport there and you will find it by one of the vending machines in the back of the room. The mini-game for this flan has you riding around in the Mad Tea Cups attraction, hitting the various flan to stack them on top of you. The problem is that there’s other flan pushing around strawberries, attempting to knock them off of you. In addition to them, you also can’t run into anything else and the worst obstacle for you will be the ceiling. Once your stack gets too tall, you have to be mindful of the ceiling, as it won’t be able to get higher than the ceiling.

This means that you’ll need to locate to the center of the arena, as it is open and you will only have to worry about the large strawberries trying to destroy your tower. The good news about all of this is that your score will never decrease, but it takes into account the size of the tower in relation to your score. So, it’s not additive, in that, your score will constantly improve as you collect flans, no matter the size of your stack. You would have to reach the previous score first before it starts adding to it again. 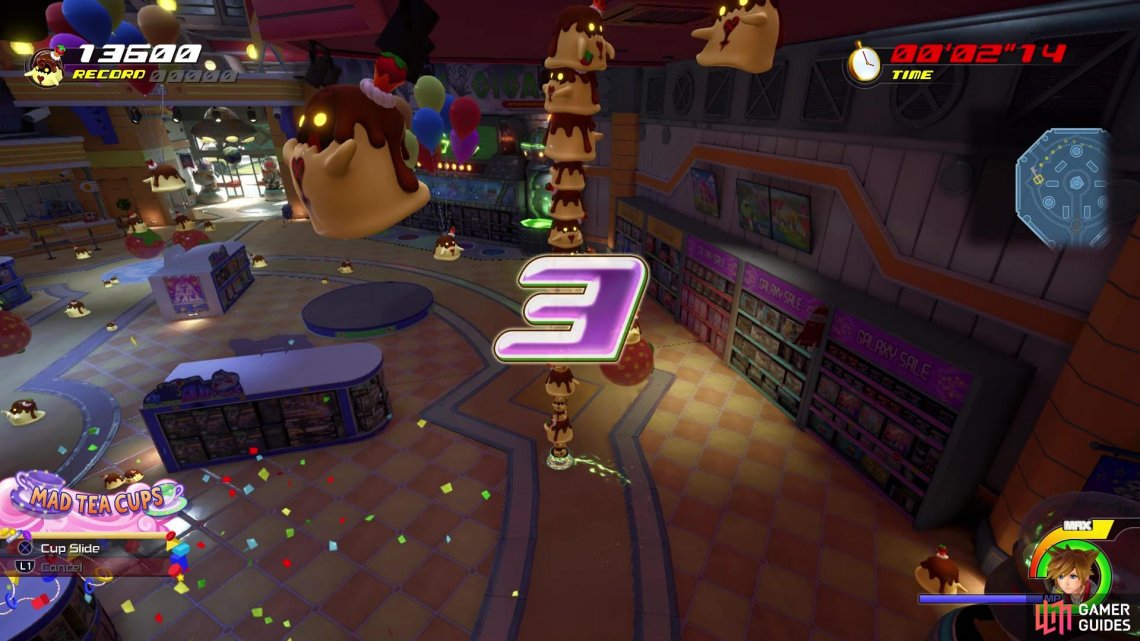 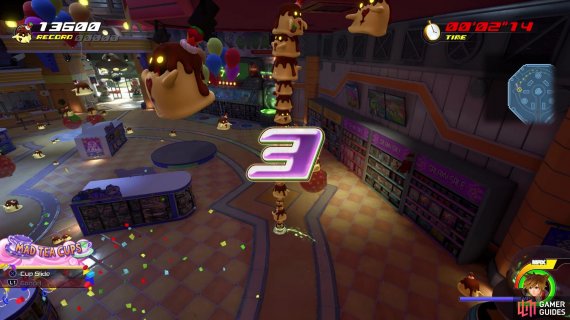 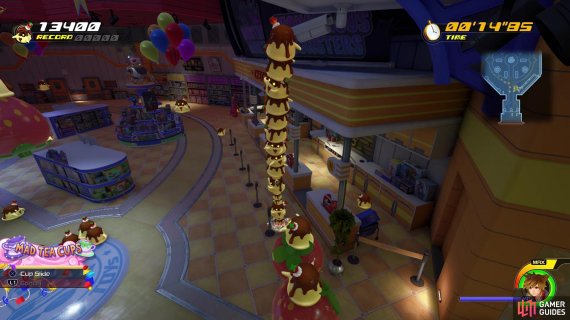 The ceiling will become your worst enemy as the stack gets large (left), Some flan will chase after you as you’re moving around the map (right)

The size of the flan directly correlates to the score it gives you, so the bigger they are, the more points they are worth. While it might be a good idea to collect every single one of them, you will have to be mindful of the size of your stack and the ceiling, which means you will be dealing with a smaller area to move around in. It’s good to stick to the outer edges at the beginning, then start working your way in as your stack gets larger. Keep a watchful eye open for the flan that will come solely after you, as they are quite fast.