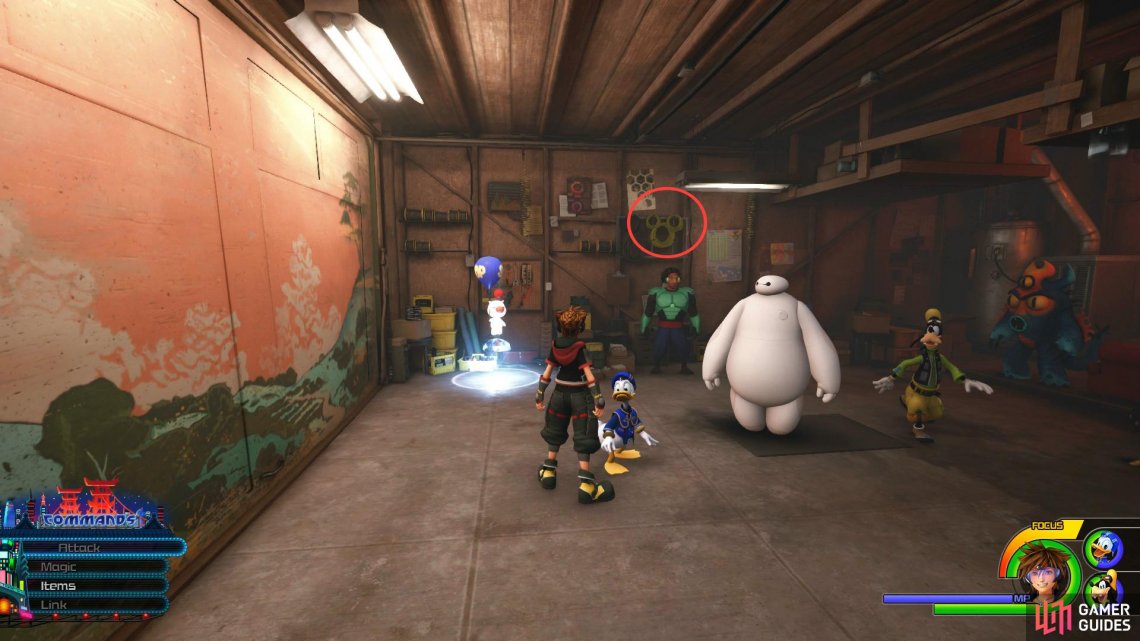 From where you first appear in this World, Hiro’s Garage, look on the wall to spot the first Lucky Emblem. 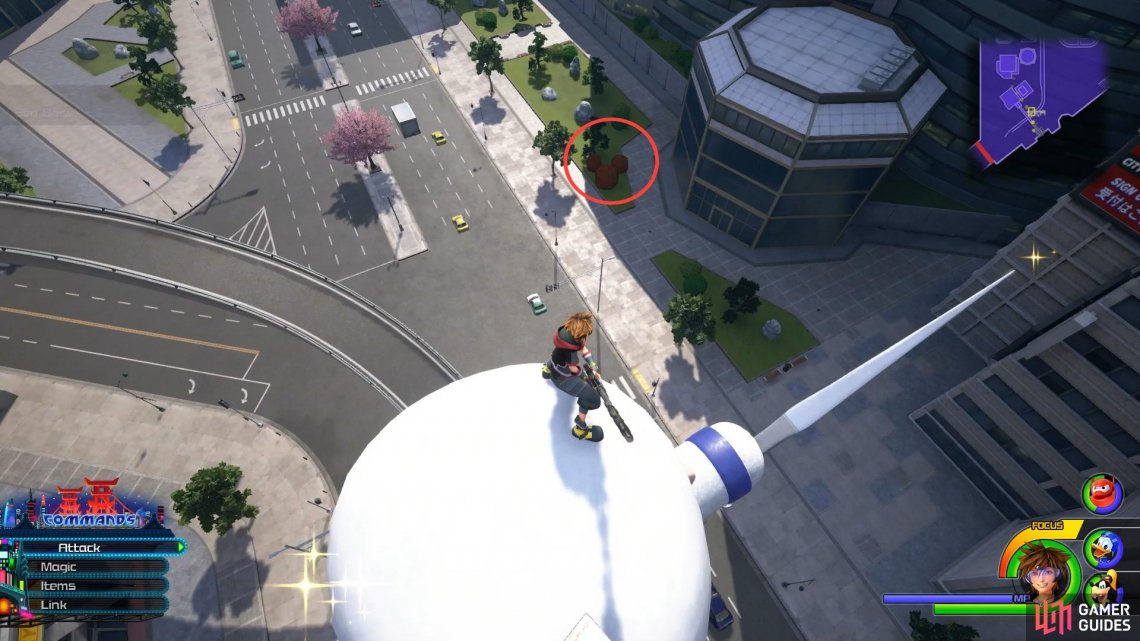 Climb to the top of the Chef statue in the far south of the area and turn the camera to spot this Lucky Emblem. 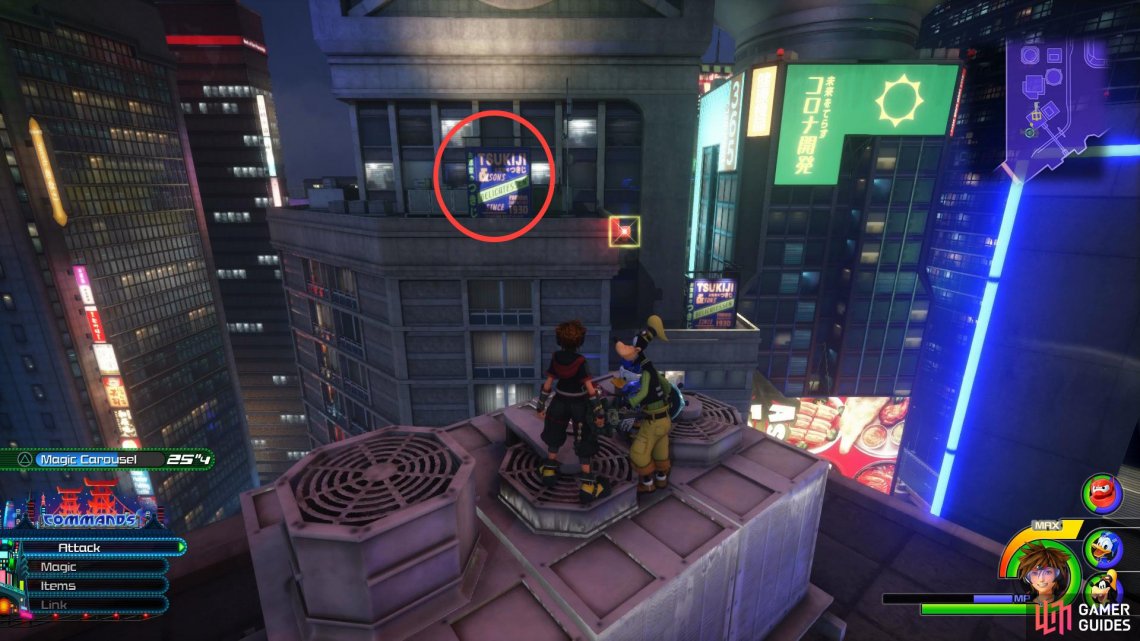 Warp to the South District at Night (this is important) and climb the building next to you and walk over to the northern corner, facing the camera to the north. You’ll spot a Lucky Emblem on the bill board of the building to the north of you. 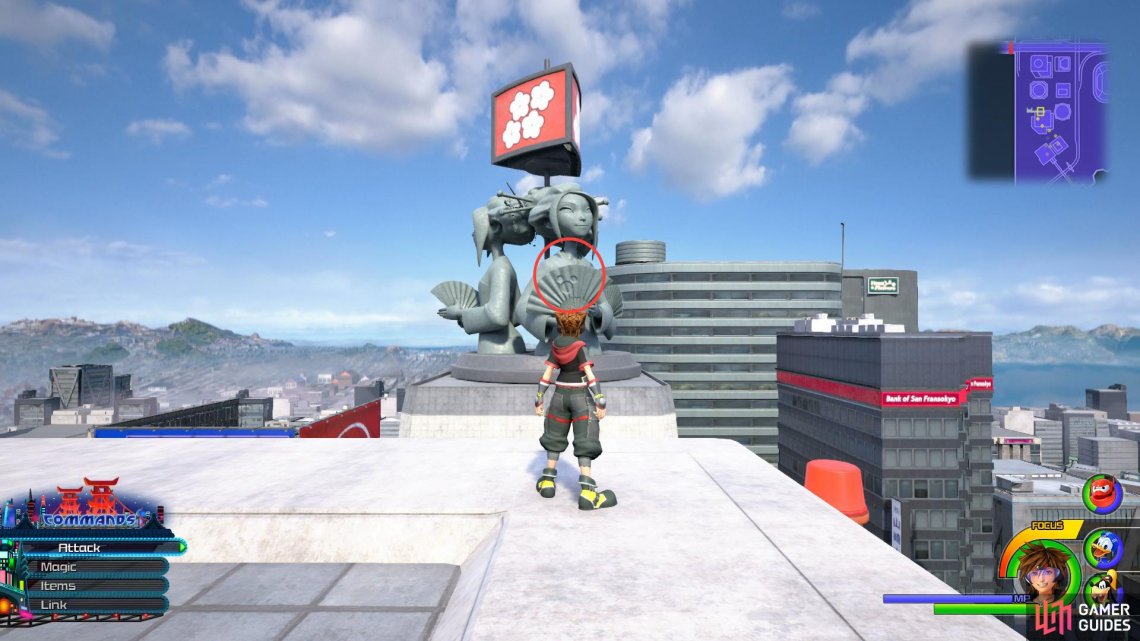 While on top of the buildings, head along the western ones and look for a statue of a woman in the distance where a Lucky Emblem is housed. 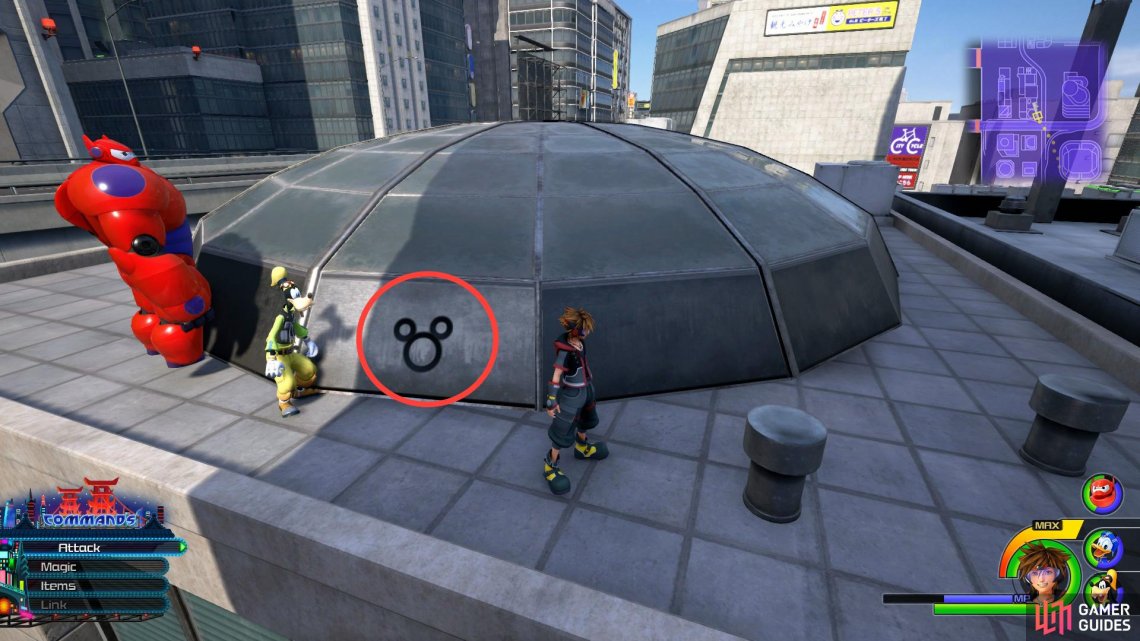 Run up this northern building and you’ll see a circular frame in front of you, head around it to the right to spot a Lucky Emblem engraved on it. 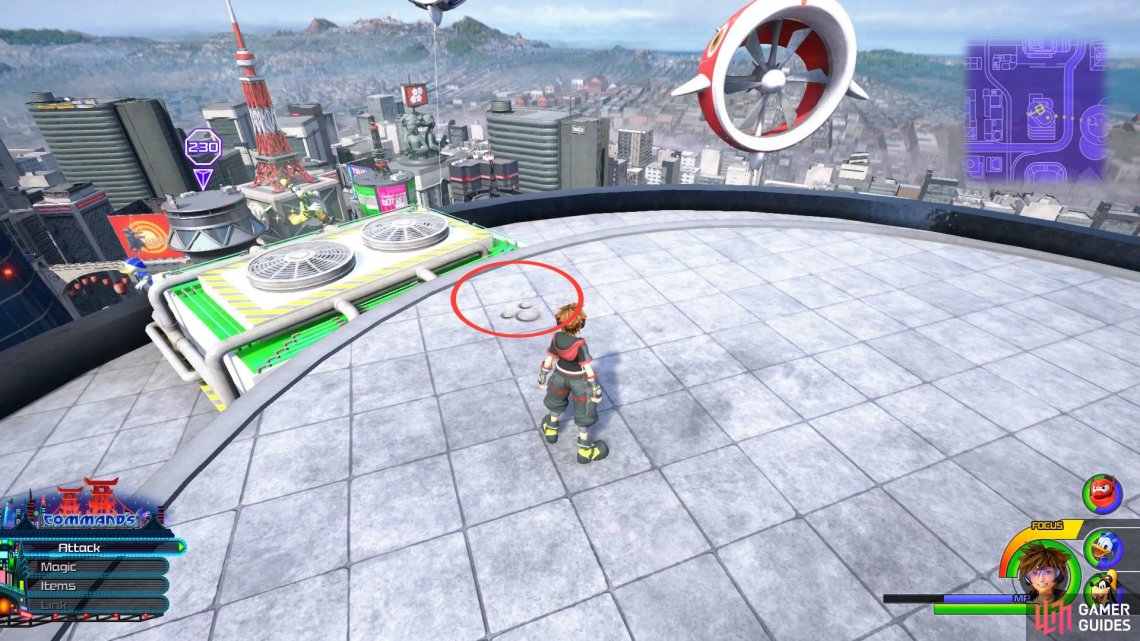 Make your way to this building and climb to the roof of the next building to your west and at the very highest part, next to the western fan, is a Lucky Emblem on the ground. 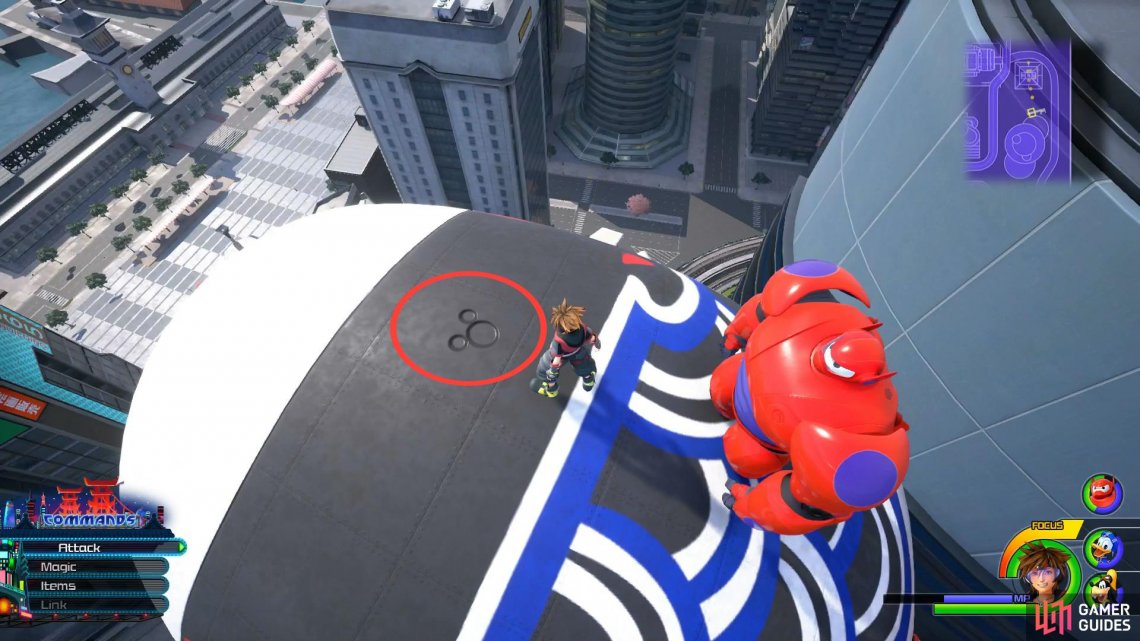 Make your way to this point of the map and turn your camera to face the south, from this location you’ll spot a blue fish fan you can Airstep to. Once atop the fan, jump to the highest point of it and you’ll spot a Lucky Emblem. 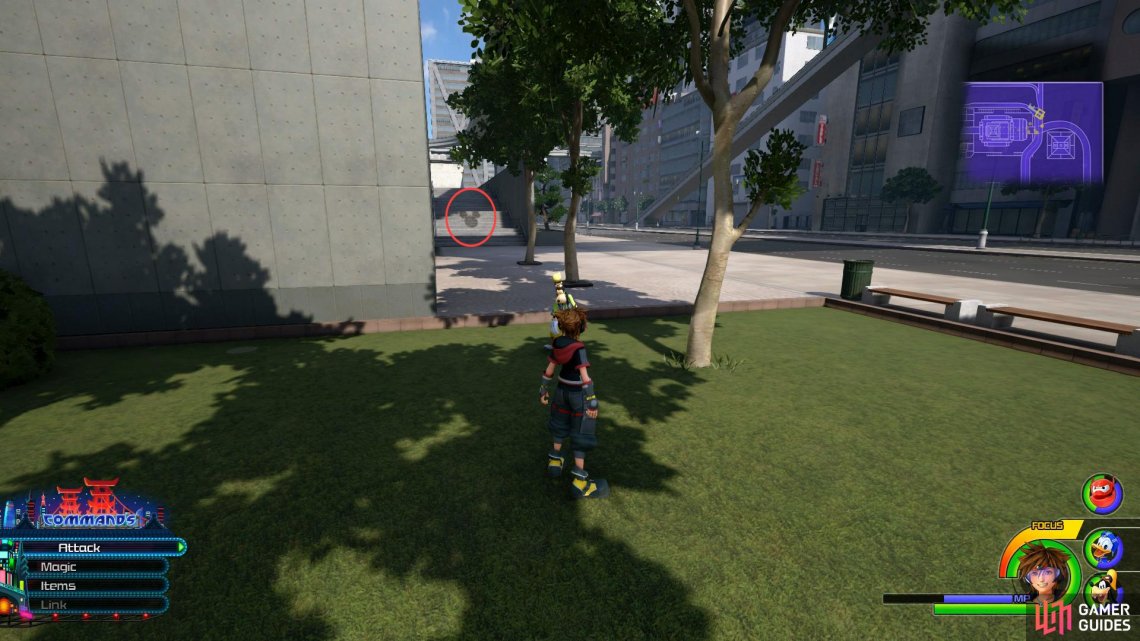 Drop to the south of the railway near the tunnel entrance to find a chest against the wall, open it to obtain Treasure #10 - Adamantite then drop down to the ground from here and head around to the other side of the building (so you’re facing west) and you’ll spot a Lucky Emblem on the stairs ahead. 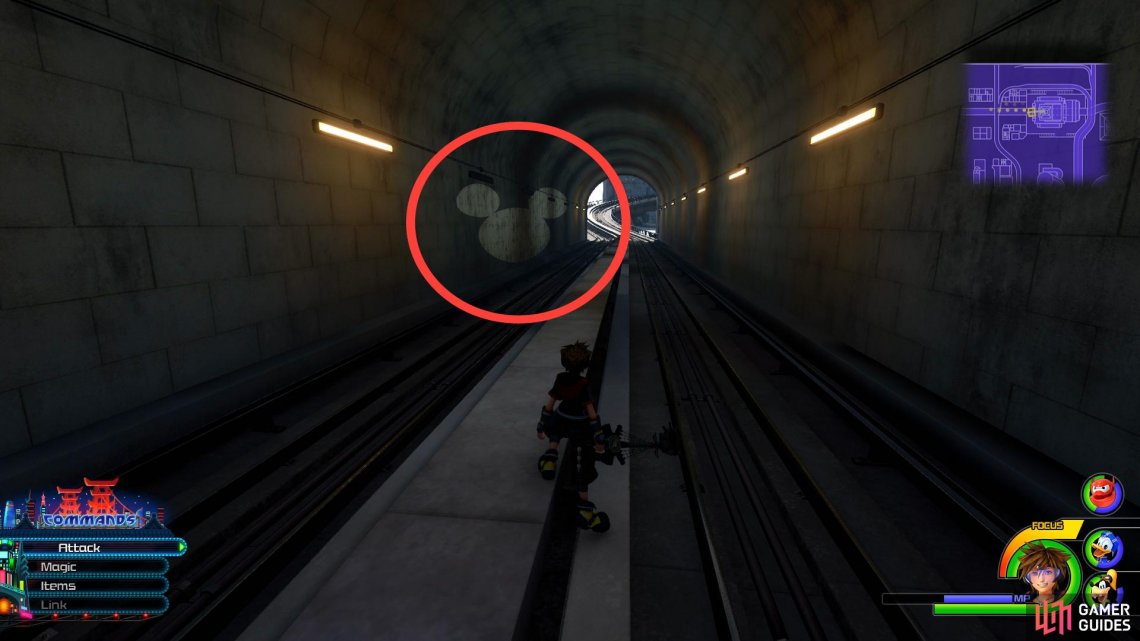 Make your way onto the railway track itself now and head east into the tunnel. As you enter it, stop grinding and land in the central path, you’ll notice a Lucky Emblem in the guise of the light shining through. 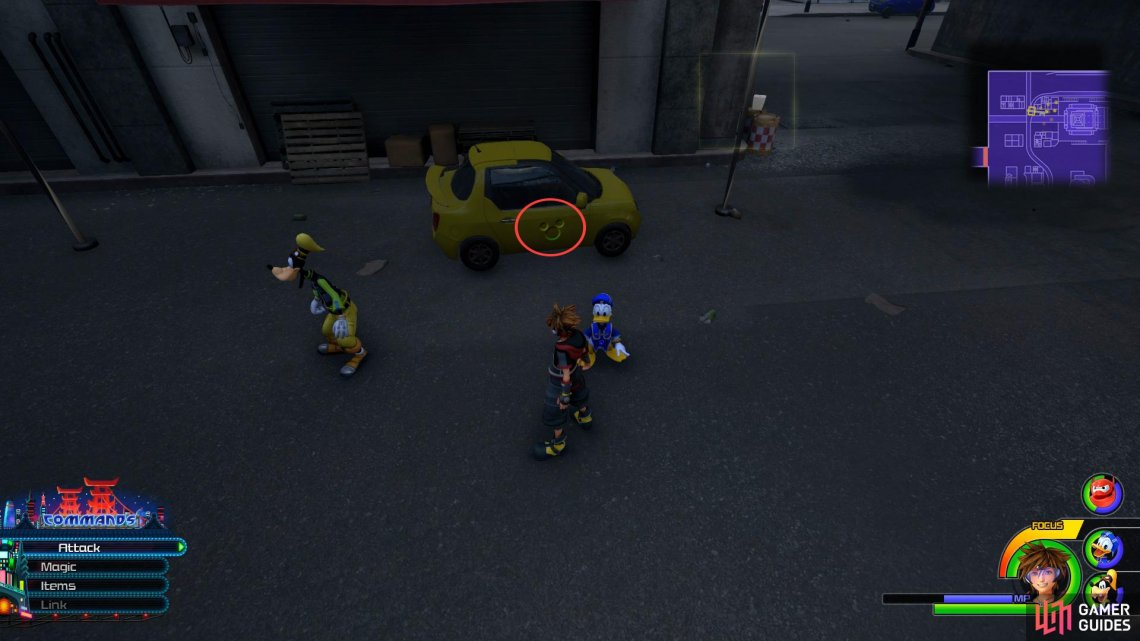 Make your way to the northwest of the map and drop down to the street to the south. Make your way over to the taxi, on the side of the door is a Lucky Emblem. 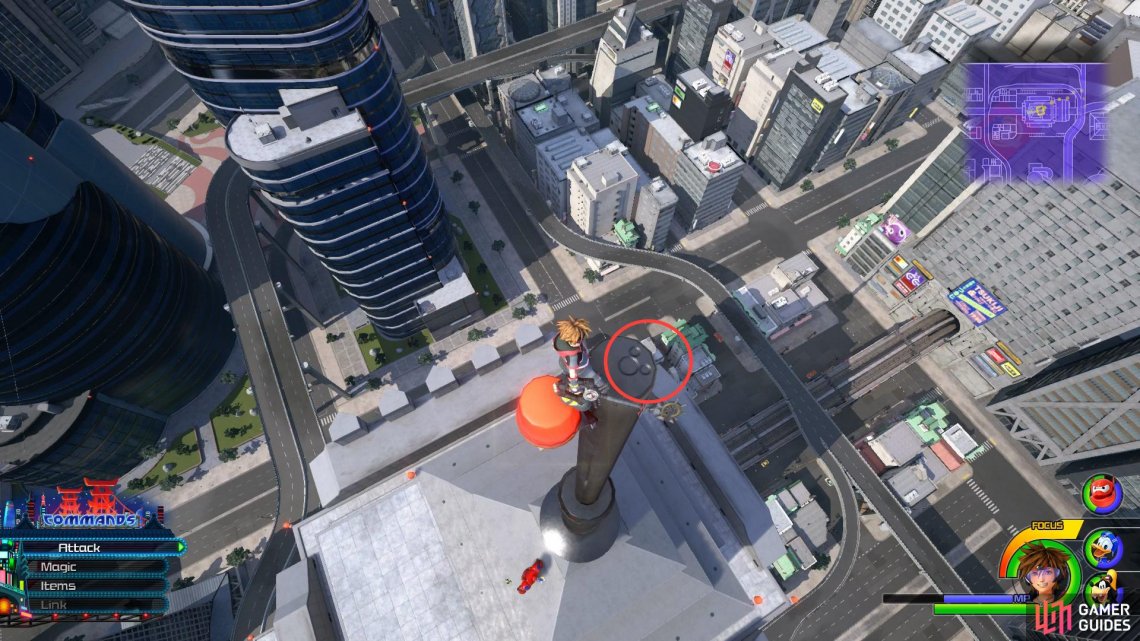 Head to this point on the map and return to the top of the building you can run up and at the very top, use Airstep to reach the pole on top, a Lucky Emblem is engraved on the top.