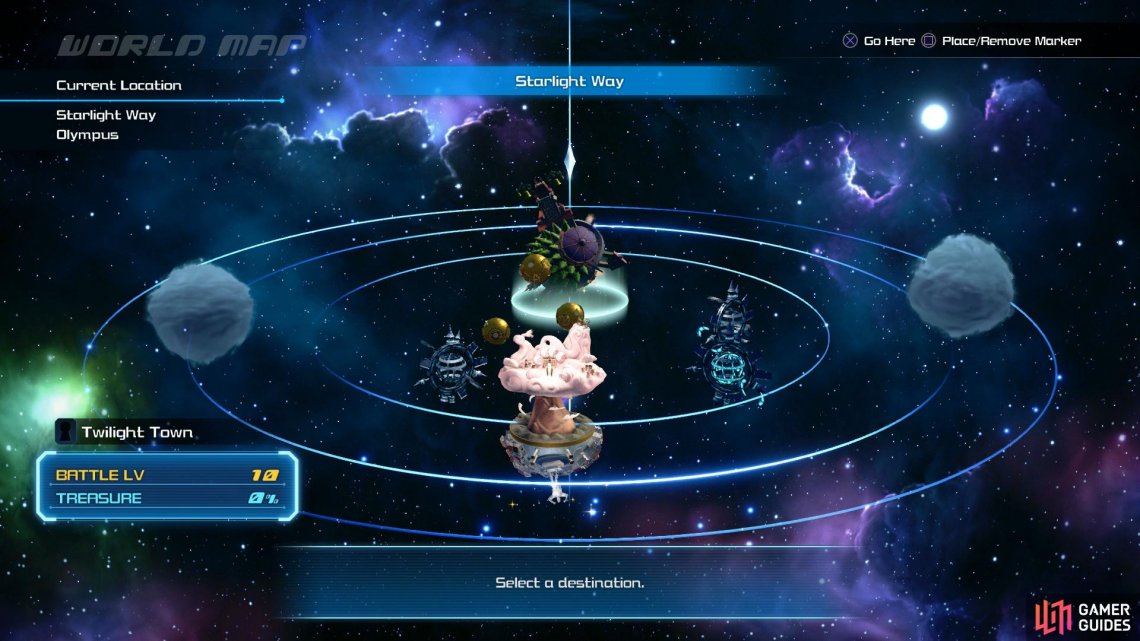 The Gummiship has changed once again in Kingdom Hearts III, gone are the onrails controls and you’re now given full control over the galaxy. Each galaxy will have numerous undertakings for you. You’ll find hidden Treasure Spheres that contain precious blocks for building a better Gummiship, Waypoints that will allow you to embark from that location when exploring the current galaxy and of course, worlds to enter.

You’ll also find Heartless out in the galaxy and approaching one of these icons will begin a battle. During battle, you’ll only control the Gummiship on a 2D plane while you take the Heartless out, get a high grade by racking up the points and you’ll obtain more precious treasure. 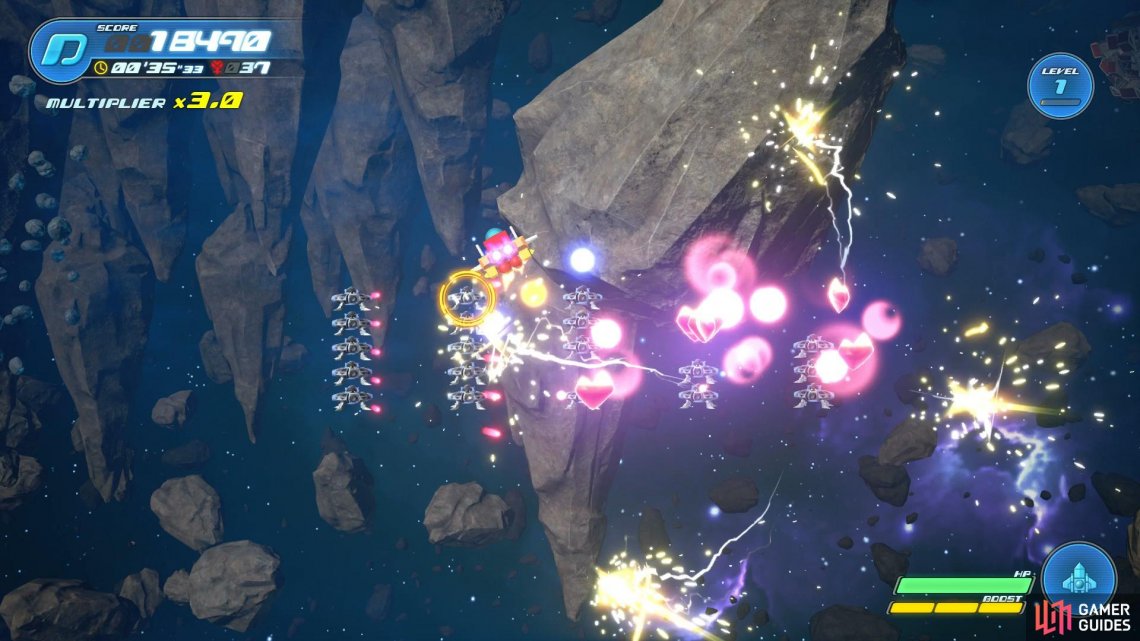 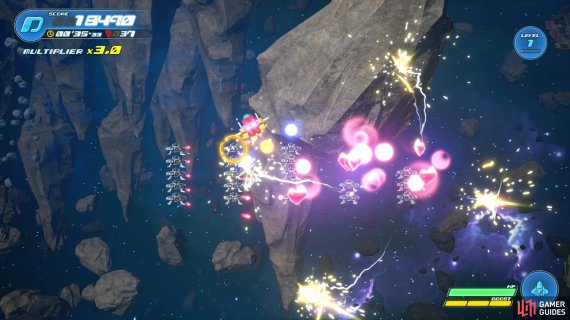 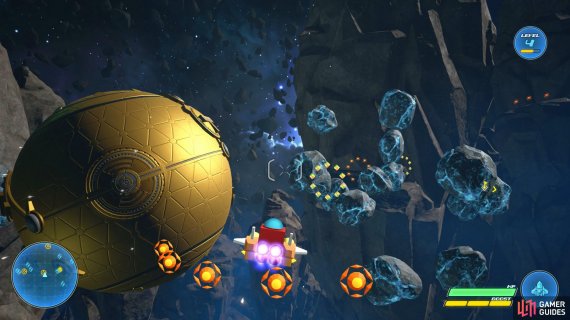 Take part in battles to earn Treasures and Exp (left), be on the lookout for these Treasure Spheres. (right)

Do note however, if you’re chasing the Platinum/1000G then you’ll need to spend some time here. There’s a Trophy/Achievement for scoring 20 unique treasures, an optional boss to tackle and one of the materials for forging the Ultima Weapon is obtained through this activity.

If you found it daunting in the previous Kingdom Hearts games building your own Gummiship, you’ll be pleased to know that it’s a lot more simplified here, take a look at the [Gummiship] section for tips on building one. Additionally, you’ll find constellations out in the galaxies, these are large white starts that stand out from the others and if you take a picture of all of them you’ll gain powerful premade Gummiships along with another Trophy/Achievement.

Now is also a good time to go over the Gummiphone, your new Journal in Kingdom Hearts III. There’s a Trophy/Achievement related to filling out most sections of the Gummiphone so you’ll want to be dilligent in your search around the Worlds. Of special note is the Treasures section, the numbers in the walkthrough relate to the numbers in this screen, handy for if you’re missing a specific Treasure. You’ll unlock more sections of the Gummiphone as you progress the game, one of which will unlock shortly and plays a large role in unlocking Kingdom Hearts III’s secret movie. 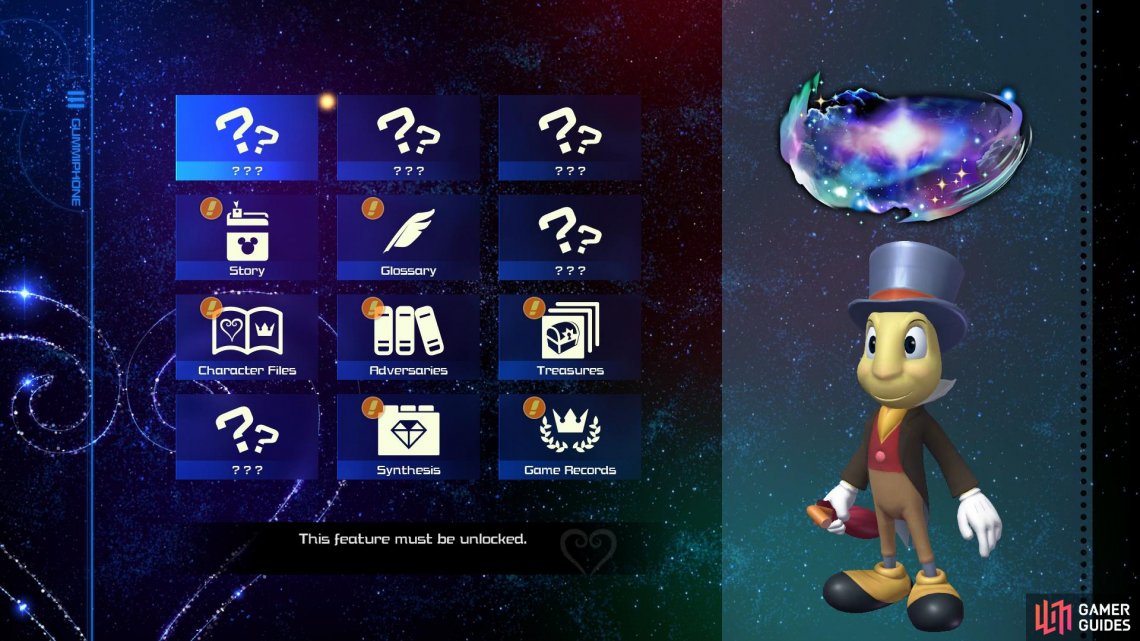 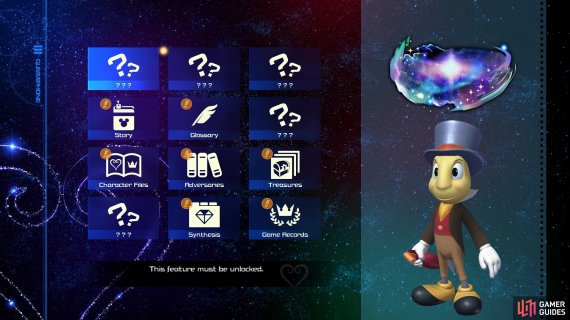 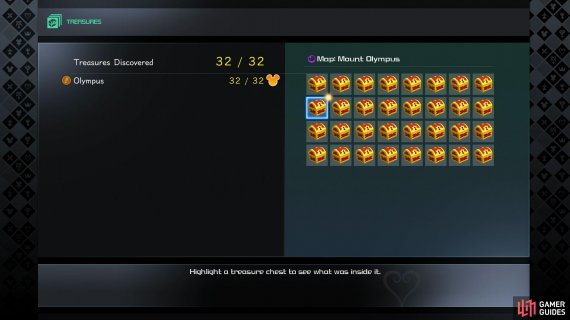 There are many sections to fill out in the Gummiphone (left), you can keep track of what Treasures you’ve picked up. (right)

The walkthrough will not guide you to every item in the galaxies, for that information, head over to the [Gummiship] section where it’s covered in more detail. For now, strap in and begin your journey to Twilight Town, your next objective. Be sure to explore a little along the way to get a feel for the Gummiship and whats to come later in your adventure.