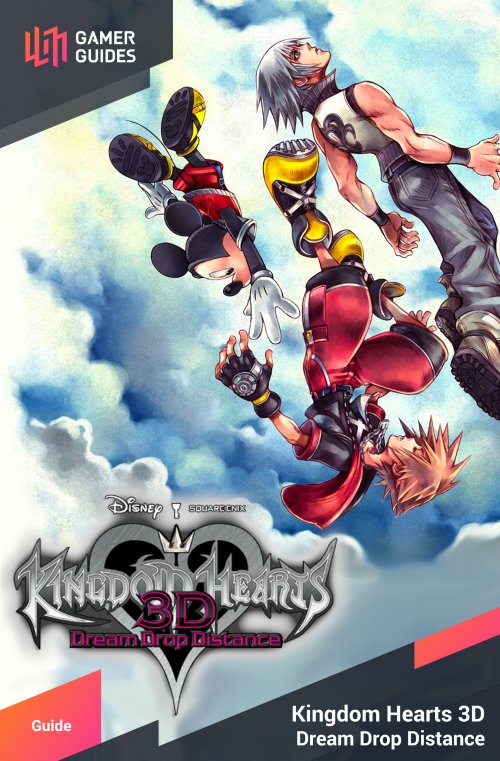 Welcome to another one of my guides. This one covers the new Nintendo 3DS title Kingdom Hearts 3D: Dream Drop Distance . It’s been a while since we got an actual addition into the series, eh?

If you don’t get what I mean, let me sum it up for you in few quick bursts. Kingdom Hearts II was released around 2006-2007, okay? That’s five years before Kingdom Hearts 3D. In-between, the titles we got provided some nice background stuff – 358/2 Days, Re:coded, Birth by Sleep – but weren’t exactly needed, ESPECIALLY the former two. (Don’t get me wrong. They were quite good.)

Anyhow, Kingdom Hearts Re:coded also hinted at this game with a special bonus video at the end of it. It mentioned the Mark of Mastery. That video and this game’s release cannot be coincidental, right?

Anyways, crappy intro aside, I have a guide for you to read. Get flipping (or scrolling or whatever) and enjoy!