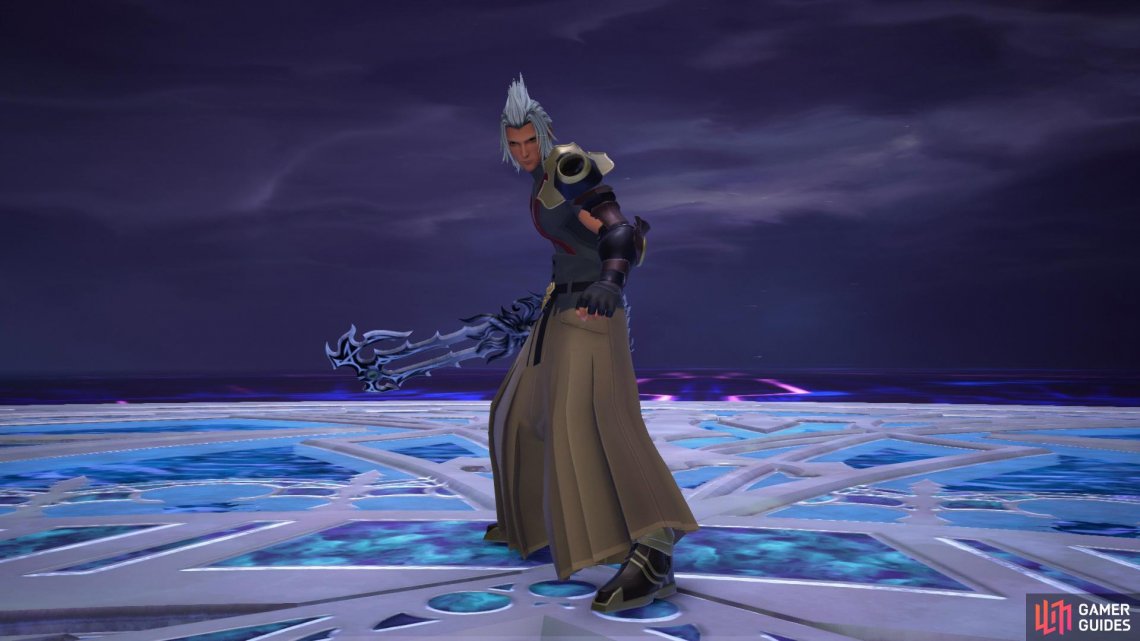 Did you know? Terra-Xehanort is the version of Terra’s body that has been possessed by Master Xehanort at the end of Kingdom Hearts: Birth by Sleep. This is then the final secret battle in Birth by Sleep, an incredibly tough battle fought in the control of Aqua.

Like a lot of the Limitcut bosses, Terra-Xehanort is a fast attacker that doesn’t pause between his attacks too much. You do however have experience on your side here as a lot of Terra-Xehanort’s moveset is very similar to the battle against him at the beginning of the Re Mind campaign you just played through to unlock Limitcut.

To summarize from the previous battle, Terra-Xehanort’s Keyblade combo can and should be deflected although note that his final slam down attack of the combo should be dodged to the side before following up with a Combo of your own. His projectiles are easily deflected for some minor damage against him and you’ll want to keep an eye on the color of his Keyblade, if it’s ever red, favor evasion as it can’t be blocked. Finally, his Dark Shadow will attack from below Sora, these can be deflected however be prepared for an unblockable shockwave after he uses this attack three times. Finally, his Dark Shadow can slam the ground and cause a large Shockwave of Crystals to shoot out from them, is avoided by simply dodging away from them. 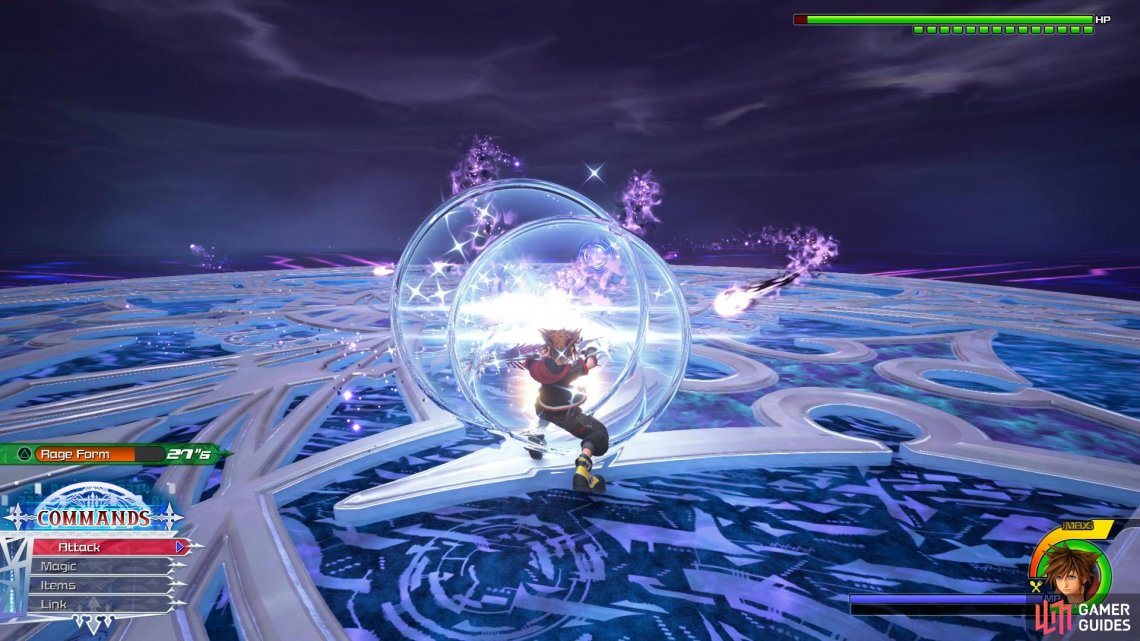 Where the Limitcut version of Terra-Xehanort does differ however is with his new attacks and Desperation Move has available to him. If you’re ever juggled into the air, Terra-Xehanort will charge towards you in a flurry of hits, try to Air Recovery out of this and dodge out of the way of the attacks. His regular Keyblade Combos will also weave in a lot of red unblockable attacks so you’ll have to stay alert between blocking and dodging these attacks to avoid being juggled into the air. As you take Terra-Xehanort under half HP however, you’ll see him glow red before starting his Keyblade combo, every single attack here will be unblockable and he’ll follow it up with a Shockwave, keep rolling away to avoid any damage here.

The largest obstacle to this battle however is his Despartion Move where he’ll transform the arena. You’ll want to forego offense here and focus purely on evasion as your opportunities to damage him are little here. The Pillars of Darkness will circle around the arena so start on the outside and keep dodge rolling. You’ll be pulled in here by Terra-Xehanort so you’ll have to roll away from the center however be on the lookout for when the Pillars turn red around the entire outside of the arena and stay more centrally while still rolling away. The attack concludes when the Dark Shadow reappears and raises it’s arms to perform a Shockwave, wait for the arms to go up and then roll away at the last moment to avoid damage. As you take Terra-Xehanort to low HP, you’ll have to contend this his projectile attacks during his Desperation Move too. 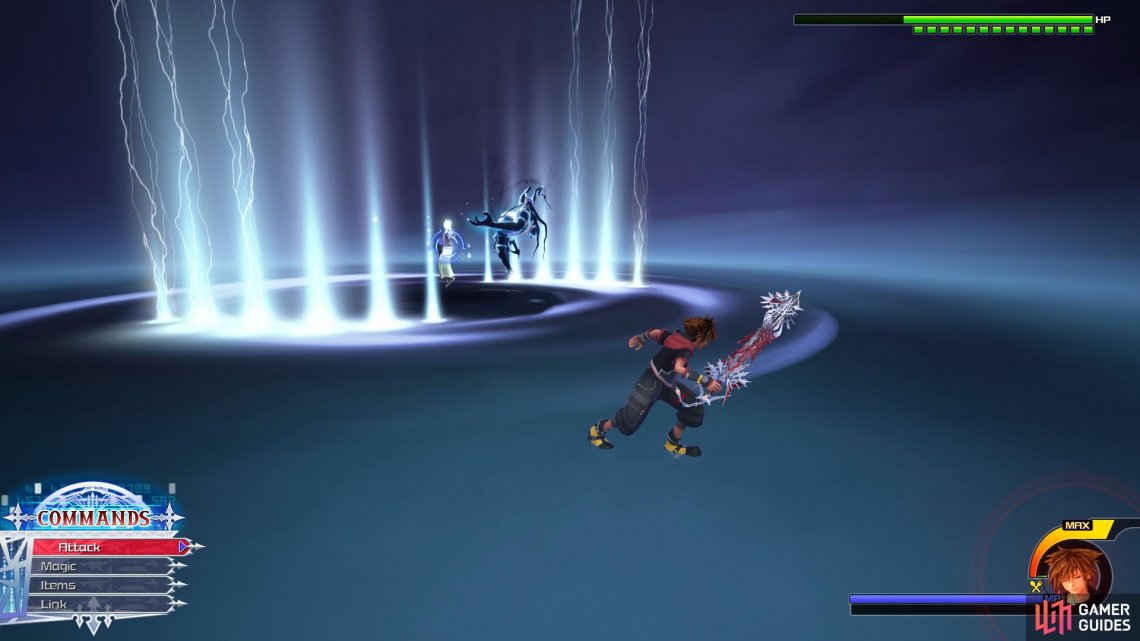 The safest time to attack Terra-Xehanort is after deflecting three barrages of his Dark Missiles and then using Air Step to get over to him and start a combo of your own. Otherwise, look to dodge his final slam of his regular Keyblade Combo to score a few easy strikes on him. You’ll need to be patient in this battle and switch between offense and defense as the need arises as your openings will be far and few between.