Spare the Rod, Spoil the Bandit 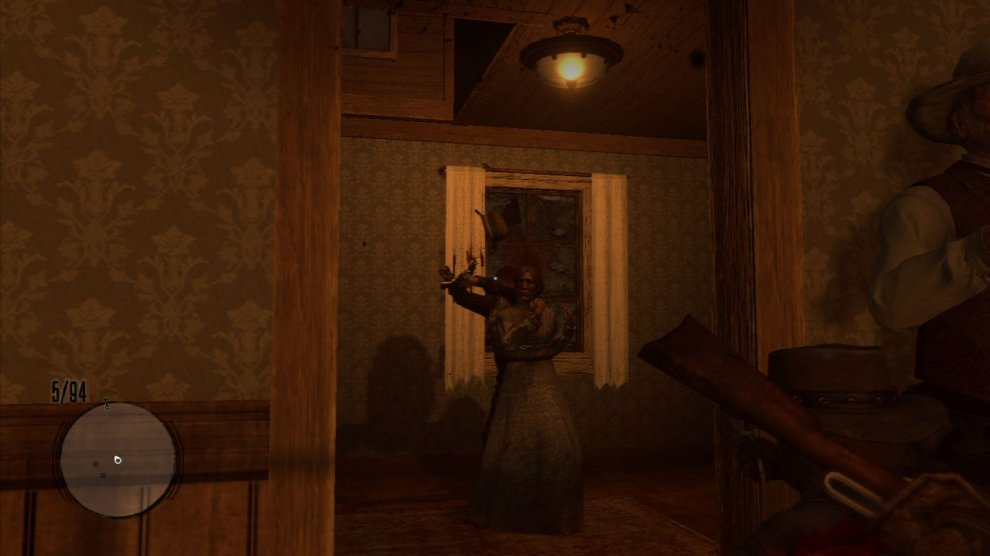 Head back to the Marshal’s jail in Armadillo to start the next mission in his strand. Join the Marshal and his deputies on their horses as they investigate a posse that’s been terrorising the general public.

There’s a few vultures circling up ahead indicating that you need to stop here and check it out. Once you’re ready, the next yellow marker on your radar/map will appear, so follow this to the next flock of vultures. You’ll soon come across Ridgewood Farm, which is initially deserted when you arrive.

Check out the open shed to make sure it’s empty (it always is), and then head to the next yellow marker on your radar by the outhouse. Shoot it open and nothing’s there for you to worry about, but make your way across to the barn and then shoot open the wooden planks holding the doors closed.

Once the grizzly scene is over with, make your way over to the farmhouse with your weapon at the ready for a heavy shootout! Kill anyone around the outside of the house and the marshal will lead an assault into the front of the farmhouse.

Have your rifle/pistol at the ready and take out anyone silly enough to stick their head up. When you head upstairs, watch out for the room with the hostage and the bandit. Use Dead Eye to aim at his head and place a bullet in between his eyes.

The final room contains a similar scenario, so when you open the door, switch to your Dead Eye and you can either go for the headshot (recommended and easier), or try and shoot the gun out of his hand (harder, but slicker).

Restock up on ammo and loot the dead bodies before heading outside, and once the next cut-scene is over, follow the marshal out into the wilderness to hunt down the rest of the gang responsible.

You’ll run into your friend Bill out here, but get your guns at the ready for a welcoming committee that’s brandishing hot lead with your name on it! Jump behind the nearby wall for cover and keep an eye out for the red dots that appear.

If you use your rifle, you can comfortably take out any of the men that come at you on their horses from further away. Watch out for the guys that try and take pot shots at you from the nearby rock and hide back behind the wall if you need to recover your health.

Once they’re all disposed of, loot their bodies for weapons, ammo and much needed cash.