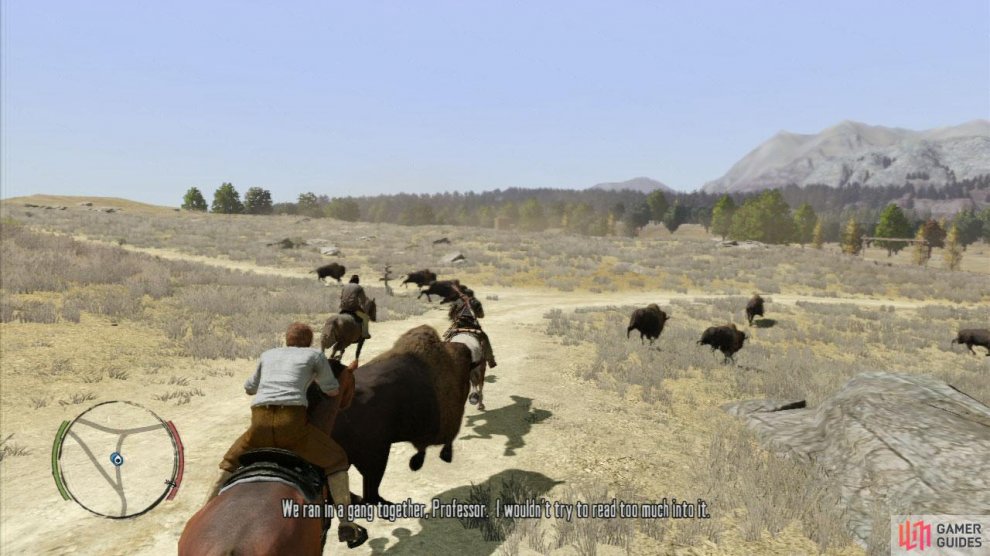 Walk back into MacDougal’s office again to start his second mission, head outside and jump on your horse and once again follow them as they talk (but switch to your highest powered rifle before you set off).

About half-way or so you’ll come across a large bear that tries to attack you. If you kick your Dead Eye in as it goes for you, you can plant a bullet firmly in its skull, killing it in one-shot! (This is easier than trying to pump it full of lead).

Head onwards until you get off your horses and walk up towards the cabin. After the cut-scene ends, you’re in a shoot out with loads of Indians! You’re already in cover, so make the most of this and use your best rifle to shoot their heads as they take cover in front of you.

Once you’ve disposed of them all, head back to your horse and go towards Blackwater with MacDougal. Two ambushes will kick in as you make your way back, so have your high-powered rifle at the ready and kill them all before they can kill either of you.

Get off your horse in the alley and follow MacDougal to trigger a cut-scene and the end of the mission.