Fast-travel back to Diamond City and head into Piper's place, "Publick Occurrences" and talk with Piper. She will tell you a bit about her research but ultimately doesn't have an answer for you. The idea of using Kellogg's brain isn't off the table though, surprisingly, and you should have his "Cybernetic Brain Augmenter". Just... gross... Go ahead and choose who to take with you (no sense in dropping off Nick now if you've already raised Piper's disposition) and with that choice, you are officially done with this quest. The next main story quest, "Dangerous Minds", starts automatically at this point. 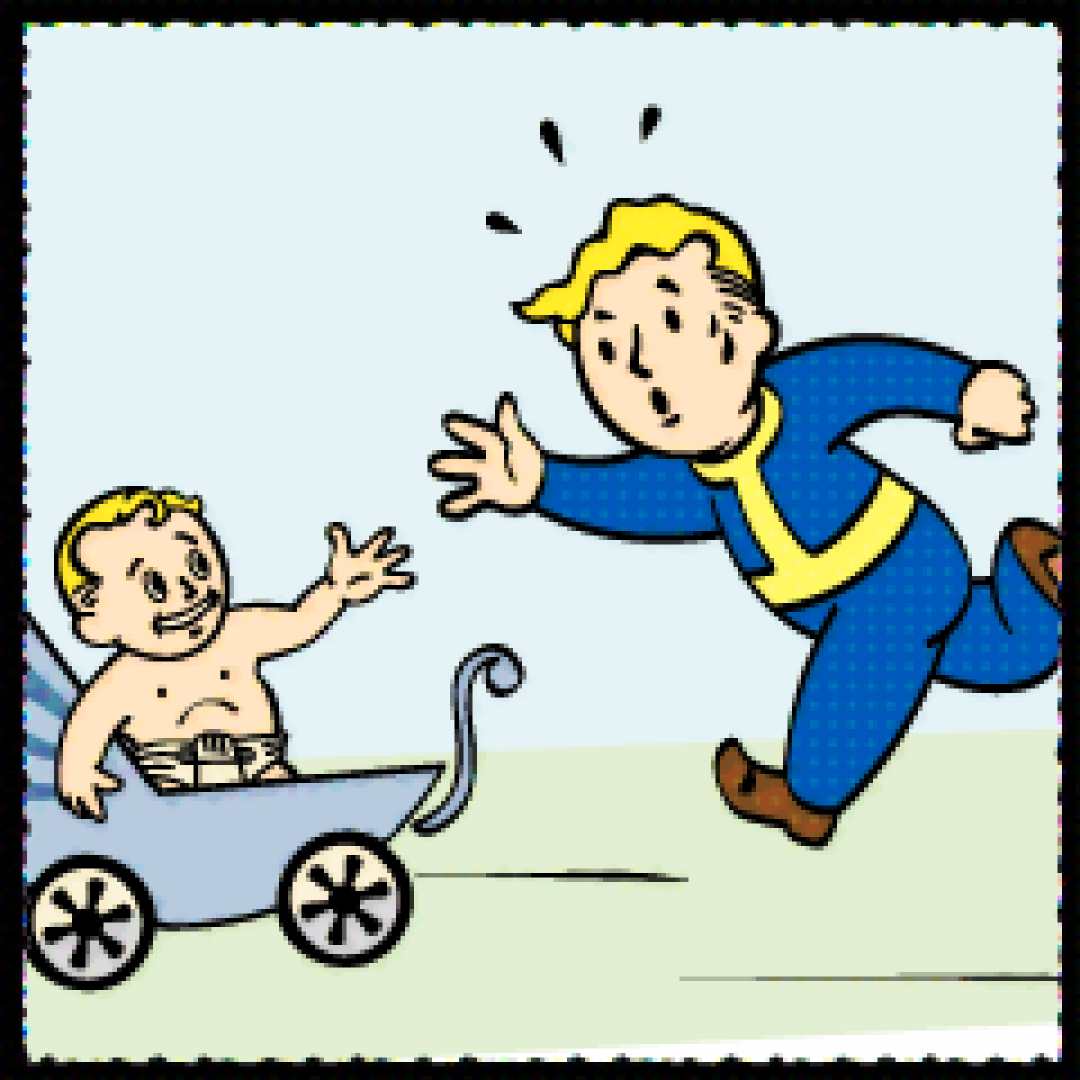 Fast-travel to Goodneighbor and enter The Memory Den, where Nick will talk to Irma (old acquaintances it seems), but you'll soon be told to head downstairs for Doctor Amari. Go ahead and do so. Once you get down to the basement, Doctor Amari will greet you. Go talk to her and explain what you need. She will be shocked to say the least, but go ahead and give her the brain piece you do have, then follow up that with wondering if Nick is compatible or not. Doctor Amari will then try to extract the memories with Nick but they are encoded.

It seems like you’ve hit another roadblock, but ask if there's anything you can do and Amari will come up with a way to bypass the encryption using two synchronized brains. Very science-fiction but eh, you will be told to get into the pod to continue. Right now is actually a great time to loot the area, as there is of loot here that is free for the taking. This includes a copy of Robco Fun on the left, which comes with a holotape of Grognak the Barbarian, another game you can play on your Pip-Boy.

Note: The actual holotape you can play in your Pipboy is "Grognak & The Ruby Ruins" - to make it different than the comics of Grognak the Barbarian). Grognak & The Ruby Ruins gives off a very big "Dragon Warrior" vibe and can be a RPG game in and of itself. Playing games within games, what Fallout 4 is all about! Or it's about wasting a ton of time, exploring, and collecting every bit of junk you come across. One of those two.

The first memory is the start of the NCR as Kellogg is a young boy in a rough home. Go figure, right? You can click on the door for his thoughts on dad and of course the people for Kellogg's thoughts on them (including himself). Once that is done continue up the memory synapses to see Kellogg's first "family life". Note the baby to the right and go ahead and watch/commentate as you wish. The third memory comes up after this one, but it is a bit different. No real memory commentary here, as Kellogg is obviously taking his vengeance out on some poor fool. Continue on to the fourth memory now and you'll see what Kellogg's new life is like. You can commentate on the bar, the wastelanders, and of course Kellogg. Keep on going once this one is done for our favorite memory: Kellogg's first encounter with the Institute, which is awesome and worth watching through to the end.

Once that scene is done, continue on to the sixth memory in the sequence, which should look awfully familiar. This one has the most commentary of them all, as you can listen to Kellogg, the Institute Scientists, the Cryopod, you (the "Backup Subject") and your wife/son (the "Primary Subject"). You'll get to watch a scene you already know from a new perspective... Okay, one last memory. Continue on and you'll see Kellogg in Diamond City with... Shaun! He is a lot bigger than when you last saw him. No choice but to watch this one out, but go ahead and do so and you'll see exactly WHY the Institute is so hard to find. You also get a lead from watching this segment: a rogue scientist has escaped named Brian Virgil, escaping somewhere in The Glowing Sea.

With that, you are out of memories, but at least you have a lead. Inspect the TV to leave the pod once you are ready. Doctor Amari will talk to you a bit as you get out (Nick is already upstairs) and reaffirms that you are looking for Mr. Virgil, but the Glowing Sea is highly irradiated. The solution according to her is either a Radiation Suit and chems or a suit of Power Armor - as if any "choice" where Power Armor is an option is even really a choice. After talking with Amari, this quest will officially be completed and after a few moments the next main story quest, "The Glowing Sea" , will be unlocked. Head upstairs and talk to Nick who will have a disturbing break of character. Decide whether you want to risk bringing him along or not, but before you go anywhere, there's two more quests you can do now for your robotic companions... 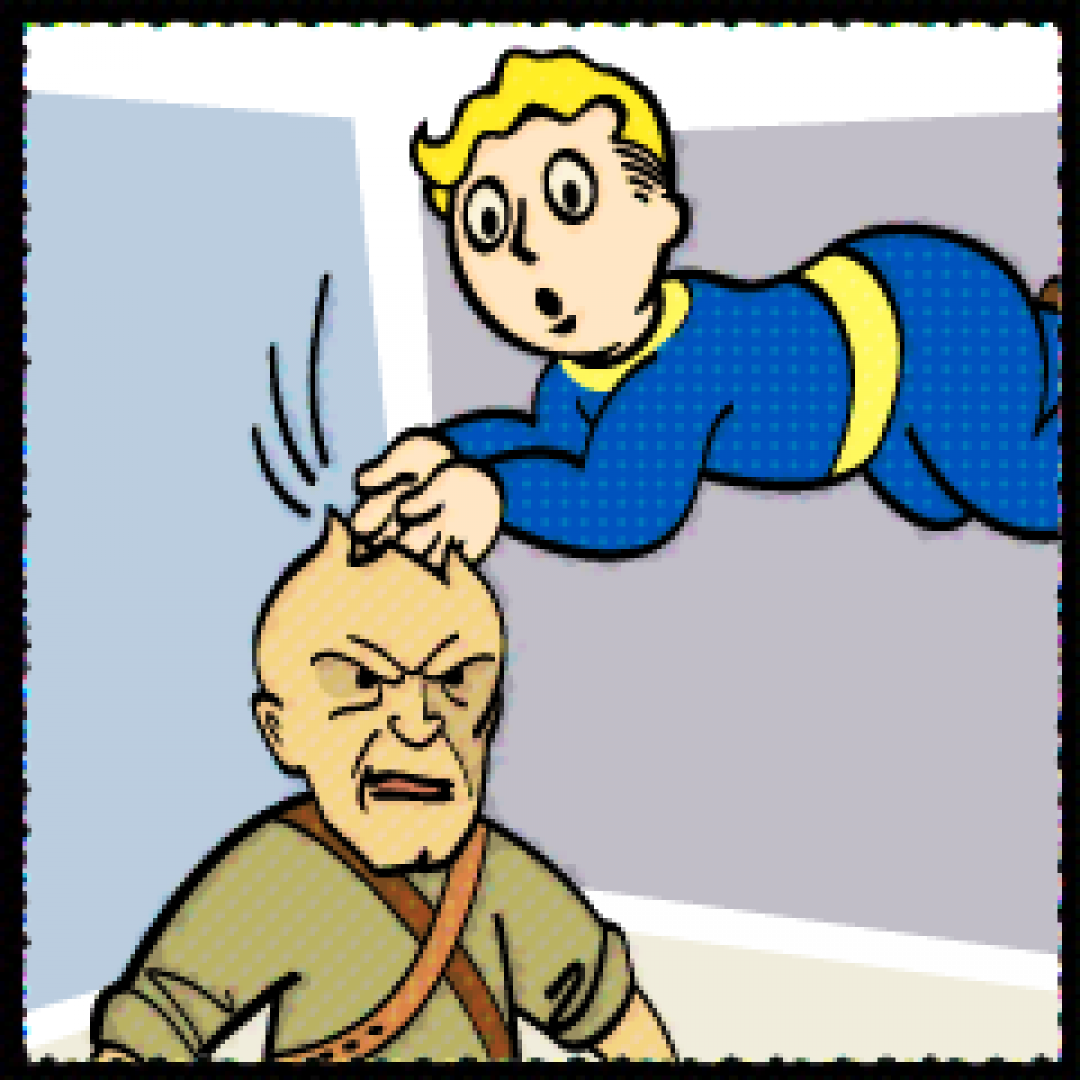 If you travelled with Curie for any length of time, she'd have asked you to help her become human. An absurd idea on the surface, but after seeing what Amari can do with brains, maybe it's not impossible after all? After Curie gives you the quest "Emergent Behavior" , go bring Curie to Goodneighbor and talk to Amari, who will agree to help after Curie makes her case. Or rather, agree to a compromise: use a Synth, instead. Of course, you'll have to go get a new body for Curie, but fortunately, Amari has an answer for that as well, but you'll need to wait a day while Amari makes the arrangements. Wait a day for the "caretaker" to show up and you'll find that it's none other than Glory, your friend from the Railroad. Pass one of two thoroughly unnecessary moderate speech checks to get some XP out of this, or just say "Make a decision" and Curie will get her new body. You can talk to Glory afterwards and succeed at an easy speech check, but she's still bitter about the whole thing.

You've been travelling with Nick Valentine for a while now, and he's been rather generous in helping you out, so why not help him out? After you've traveled with Nick Valentine for an extended amount of time, doing things that he likes and whatnot (hack computers!) Nick will stop you and make a personal request, telling you of a man named Eddie Winter, a mobster who turned himself into a Ghoul before the war (quite a price to pay, but with immortality as the reward...) Eddie has also apparently locked himself up, leaving his freedom to a set of holotapes which Nick wishes to collect so he can bring him to justice.

Now that you've unlocked this quest, it's time to worry about these holotapes, all of which you should arleady have if you've followed the rest of the walkthrough. You will also get the "Eddie Winter Case Notes", which if you read will say that the best lead is at the "Cambridge Police evidence terminal" and that the possible remaining locations are the "Commonwealth Police departments" and "BADTFL HQ". Nick will also gives you the optional objective of "Access Cambridge Evidence Terminal" to find where more of the tapes are (not that that is needed since you have this guide!). Still, here's a list of all the holotape locations, in case you may have missed a few:

Once you have all the tapes take them to Nick and he will join you as you embark upon the final step of this quest. As Nick mentions, you have to return to Andrew Station, which is south-east of Diamond City. You will have to fight off the quite a few Raiders here in and around the subway station, but the area has already been covered, and general exploration of it doesn't bear mentioning again.

Note: Nick will join you as a temporary companion if you are traveling with someone else, which lets you take on two followers for a time.

Make your way through the subway until you reach the boxing ring, at which point continue into some tunnels to the east and return to the sealed door in a side tunnel. Now that you have all of the holotapes, this door will be accessible. Go ahead and enter it. Talk to Winter however you wish and once you are done, Nick will confront him, which is... just glorious. Get your weapon out as they talk and be ready to fight. Once they are done talking Eddie Winter will turn hostile. Take him out with Nick (he is really nothing special). Once he is dead (Nick will love this action), be sure to loot him and find his dropped gun for the unique weapon "Eddie's Peace", which ups limb damage by 50%. Loot the room while you are at it for jewelry and cigar boxes. Follow Nick afterwards, fighting your way up to the surface.

Nick will stop leading you out on the road nearby and tell you the rest of his story. From here you have some dialog choices but Nick will wish to remain together, spreading justice across the wasteland. There is a good chance that Nick will also "Idolize" you after this quest comes to a close, which will grant you his companion perk "Close to Metal", which gives you another guess whenever you are hacking terminals and reduces terminal lock-out time by 50%. Nice. Anyways, enough pandering to your robot pals, time to get on with the main quest again.