These coin loving, single-use items can provide very reliable (and often humorous) back-up when you need it most. Whilst you can certainly complete every map on Heroic without ever using a single item, they'll not only make the task easier, but they're genuinely essential if you decide to chance your arm on endless mode (where the health of the units ramps constantly every wave). Let's take a look at each item in turn to give you a better idea if you should shell out those coins on them or not. 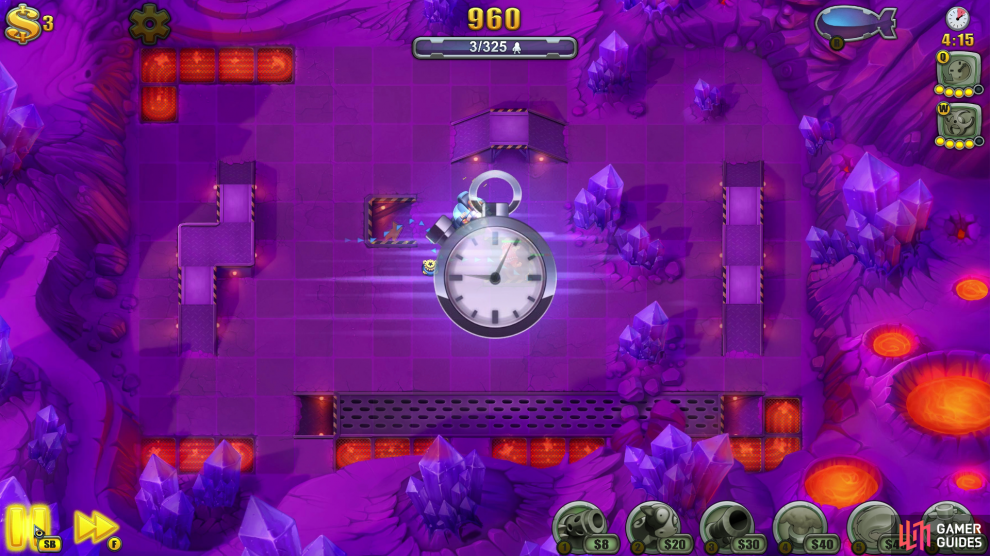 How it Works: Drop it anywhere on the map and it'll take you back three rounds (so everything is taken back to the way it was at the start of three rounds ago). Useful when your current tower set-up isn't doing the job you expected it to.

One important thing to remember though is that these cannot be used in 'Sudden Death' modes, so don't waste your time selecting it for any of these maps. 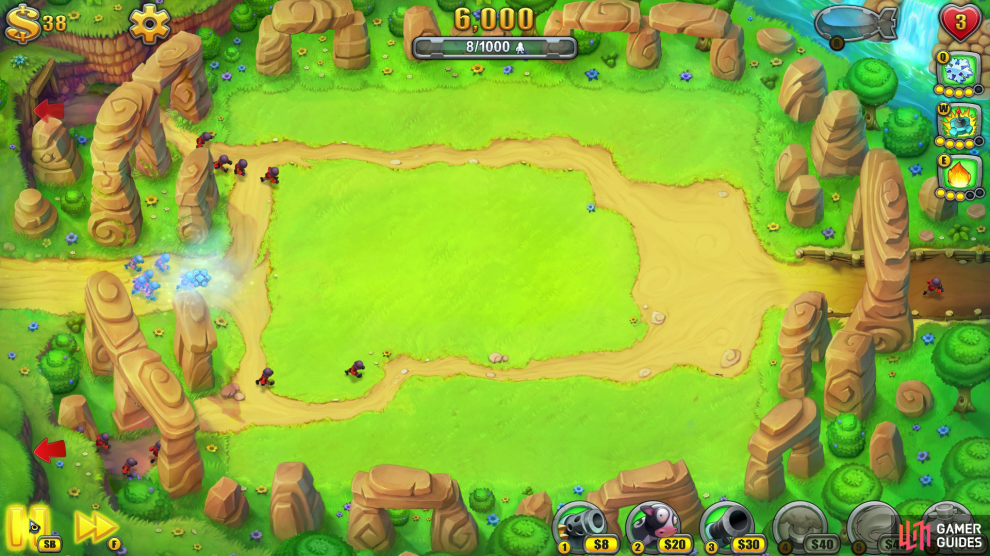 How it Works: Shoots a cloud of freezing cold air straight up for seven seconds, so any units that touch it are slowed right down by 90% (including the normally immune 'Stubborn Runners'). Only use them near the very end of a tower maze as they cause zero damage on their own. 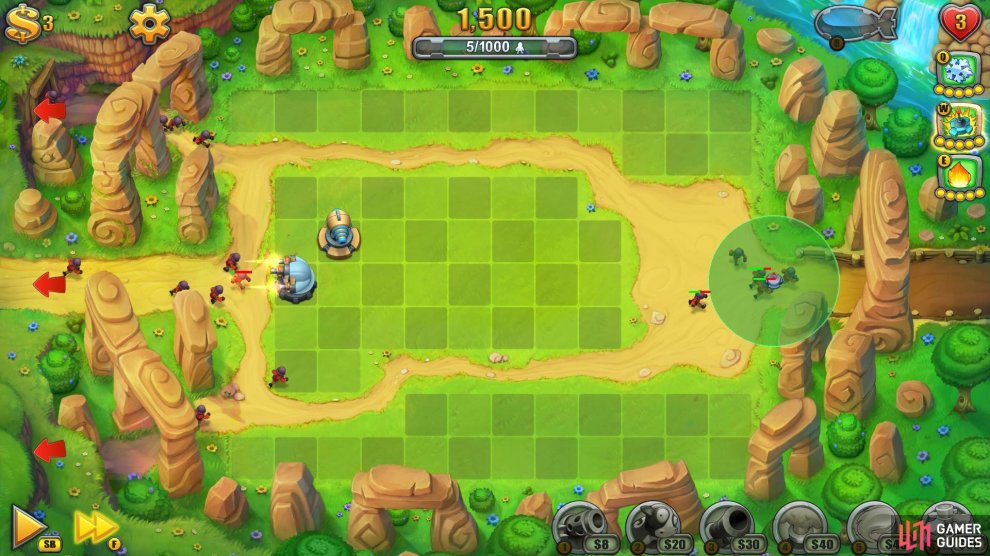 How it Works: Classic thinking is to drop one at each exit on a map to catch out any straggler units that you may have missed. And whilst this certainly works to a degree, a more efficient use of a mine is to pause the game and drop it right into the middle of a group of enemies. It'll take a whopping 90% health off of any unit it touches (including Elite Units), so always worth having as a strong back-up weapon. 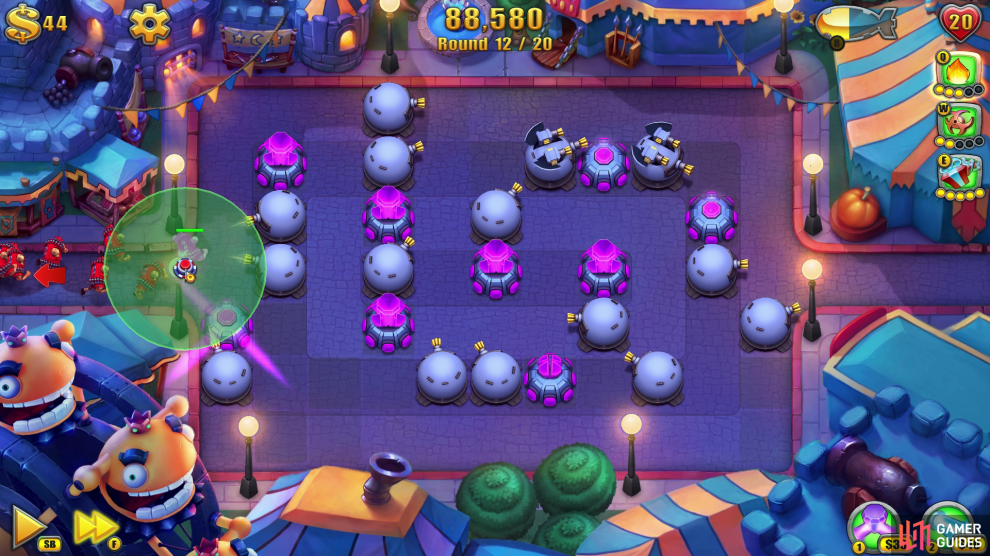 How it Works: For three agonising seconds, this item will let off a constant stream of fire that strips 100% health off any unit that's stupid enough to touch it. Use these instead of Smart Mines to cover exits as these are guaranteed to finish any unit off (compared to the 90% damage rate of a Smart Mine). 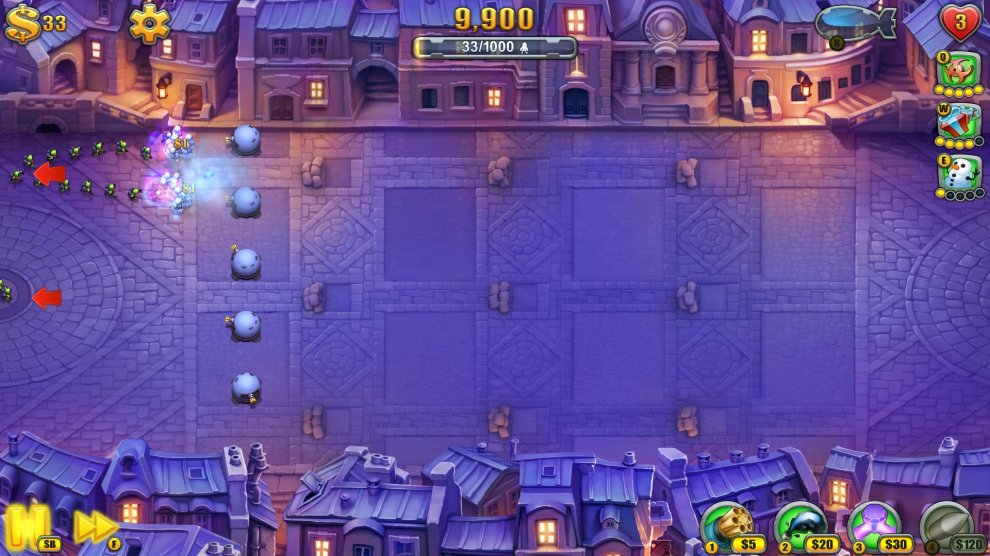 How it Works: Turns any units within range into a winter-loving snowman, slowing them down by an impressive, and very helpful, 95%. Lasts for seven seconds, so it's a good idea to take a few of these into the Sudden Death maps and drop them near the entrance for maximum effect and benefit. 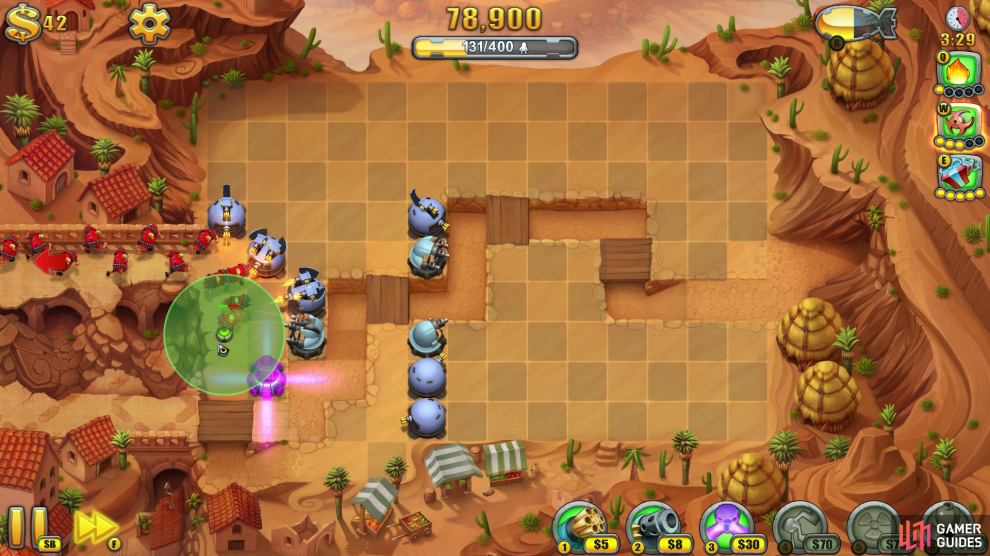 How it Works: Will finish off each and every enemy type (including the gas-resistant 'Hazmat Runners'), by drugging them with a 100% lethal dose of the flu. The gas cloud will last for five seconds, so it'll work wonders if there's any groups of particularly troublesome units still around. 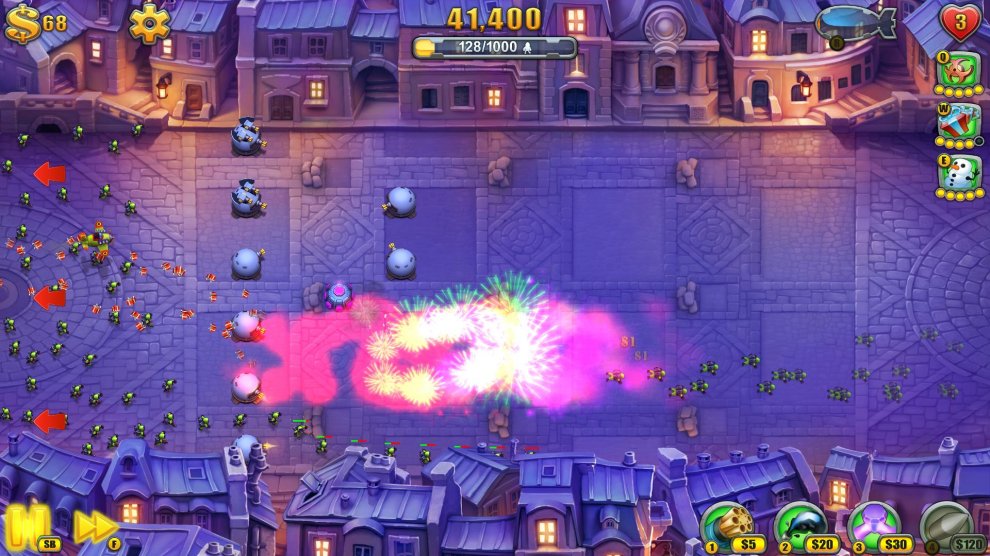 How it Works: Drops a numerous present-sized packages of searing pain across the whole length of the map, three rows wide . Each drop claim 100% health with every unit it touches and based on its area of effect, and is especially effective on any really troublesome Sudden Death maps where you think you're about to fail and there's a load of units on the map.

If you're not shy of a few coins or two, then you can purchase one of the bundle item packs for a discounted rate (compared to buying the same items separately).