Our Goal: Let no units leave the map 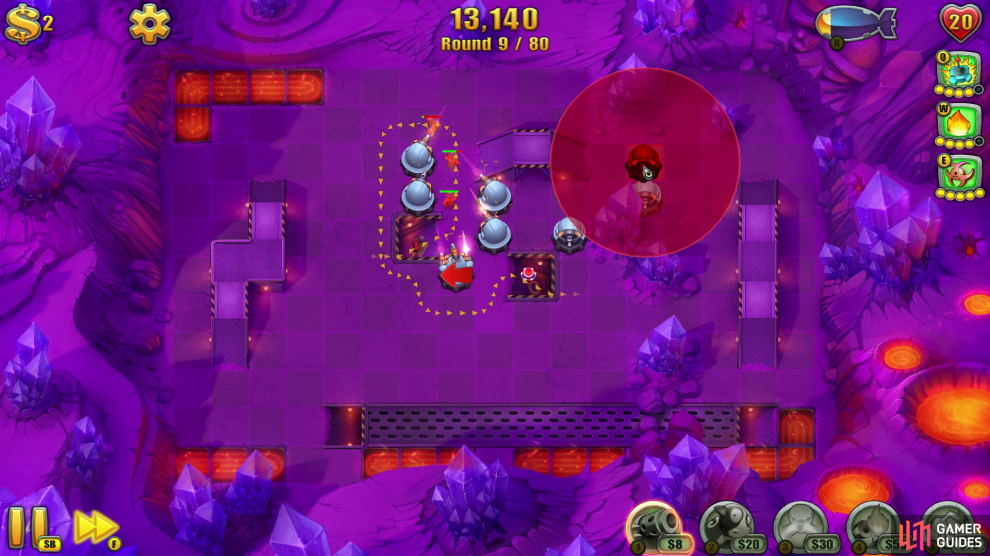 – The maze we’re going show you won’t work brilliantly on Endless Mode (you’ll want to snake it around the whole map for that), but it works brilliantly for getting the three stars on Heroic.

– Cover their exit tunnel with a long-lasting item (preferably Spanish Flu as there’s no Hazmat’s on this level), but something is better than nothing.

– Build the towers so you’re leading them north (towards the bridge). 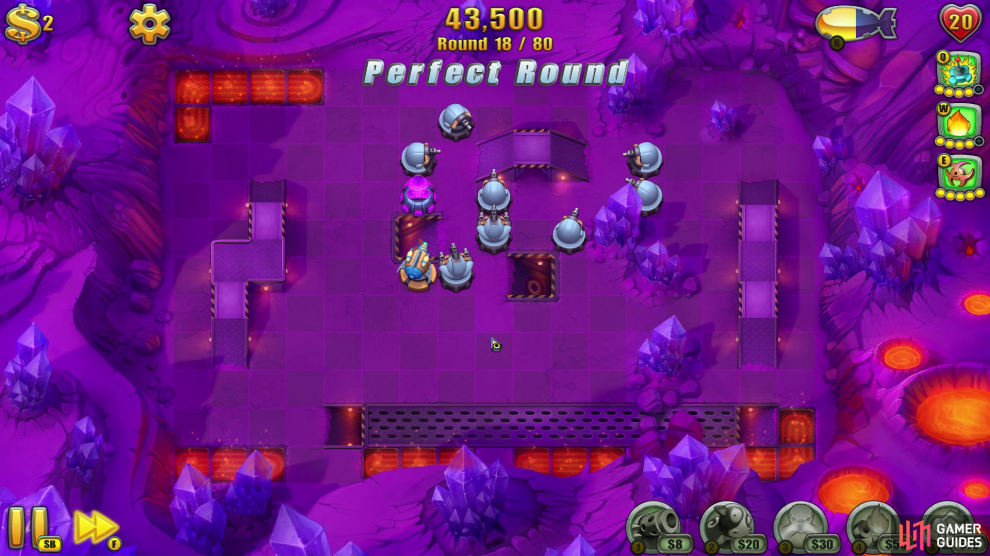 – Once you’ve done this, swap the Gun Tower north of their entrance to a Spark Tower and upgrade this ASAP.

– By wave 18 you’ll want a Slow Tower sitting right beside their entrance. Polymorph preferable (as always), but Oil Towers will work well here too. 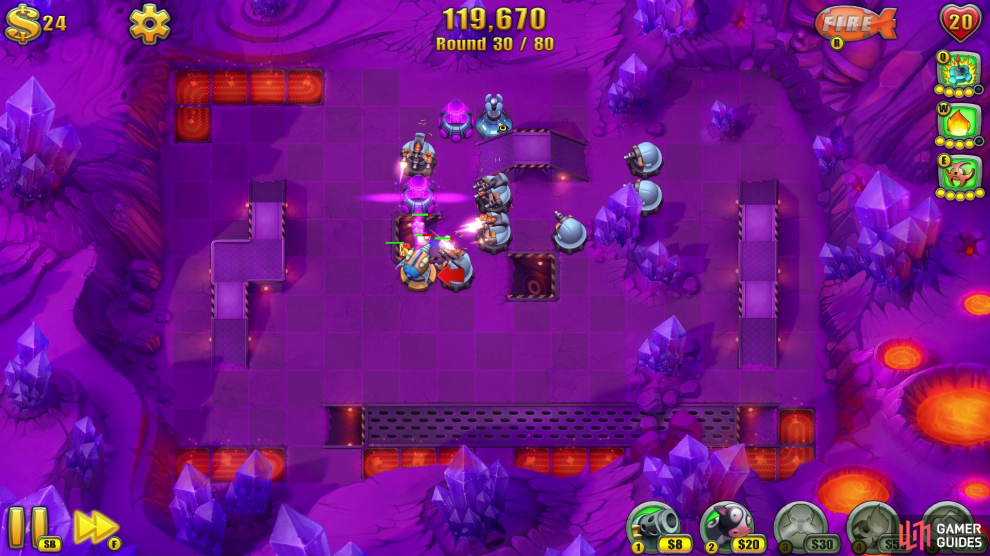 – Upgrade the tower near the left side of the bridge to a Spark Tower, fully upgrade it then save up enough cash for a Tesla Tower and drop it to the right of the Spark Tower by the bridge. 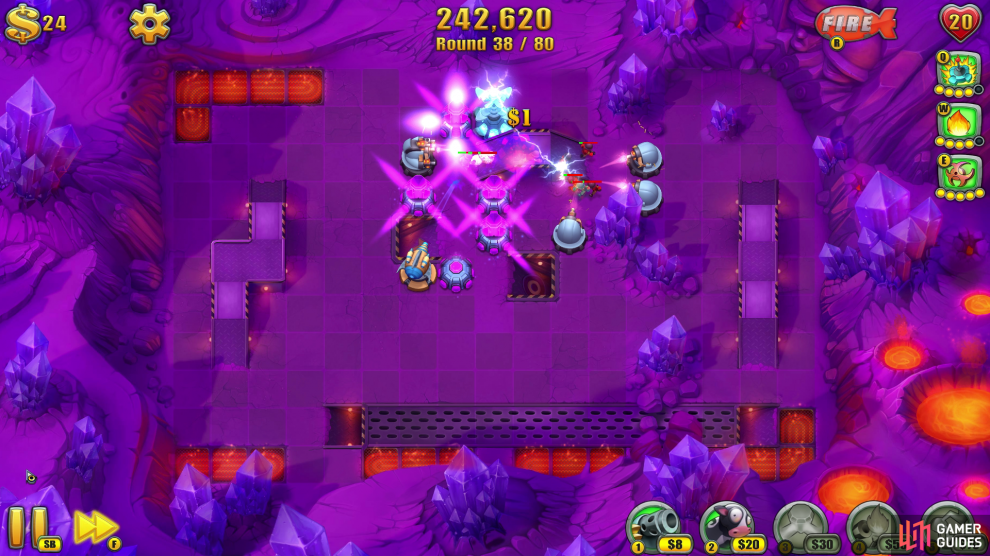 – Use these 10 waves to replace all the Gun Towers ( that are still directly facing the unit entrance) with upgraded Spark Towers. 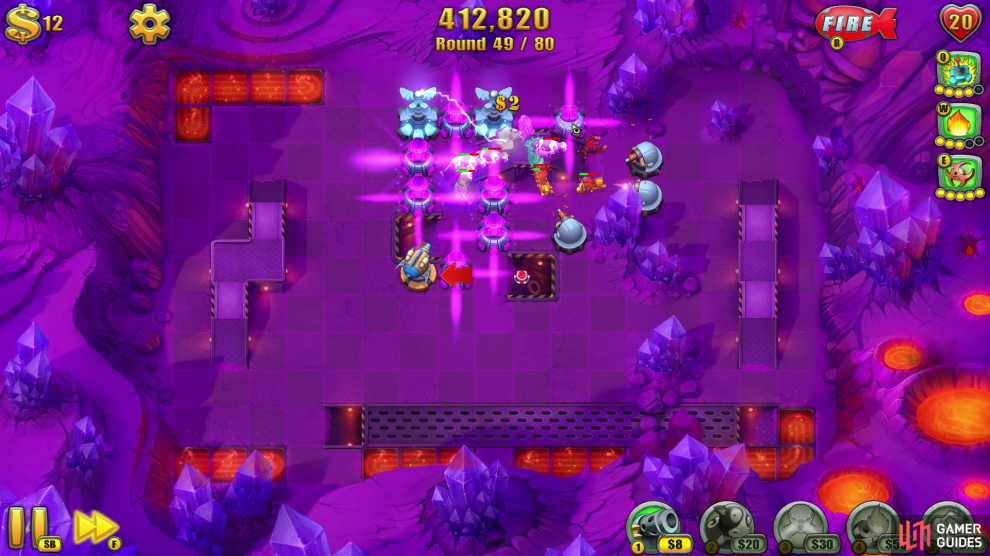 – Drop another Tesla Tower on the map, this time to the left of the current Tesla and Spark Towers and be sure to upgrade it to level three.

– ALL Gun towers north of the entrance should be level three Spark Towers and also drop a new Speak Tower to the north-east of the bridge (that you’ll want to upgrade to level three ASAP). 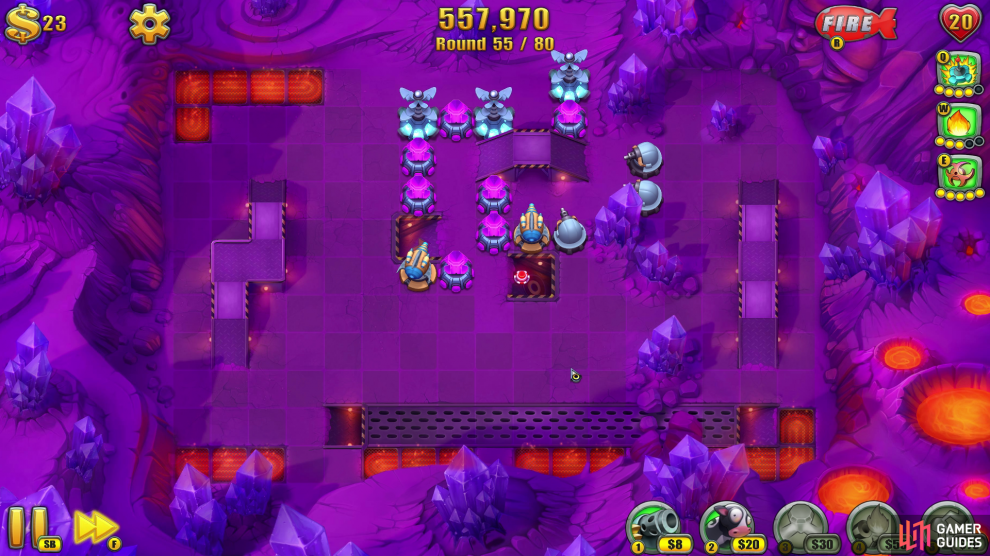 – Set a Tesla Tower up in the northern corner of the map, just above the Spark Tower and upgrade it.

– Replace the Gun Tower that’s facing the exit ramp of the bridge with a Flamethrower Tower. Whilst there are Toastmaster units in this map, they’re not as frequent as regular non-fireproof units, meaning it’ll still help out quite a lot. 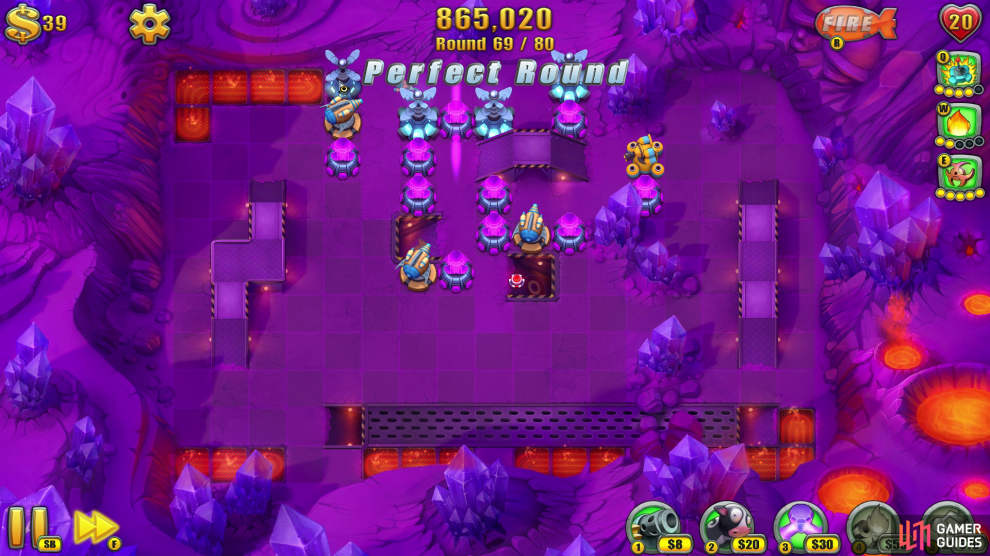 – Swap out every remaining Gun Tower with an upgraded Spark Tower and now focus on lining the outer region of the maze with towers as you’ll find the Fieldrunners are more likely to make it that far now. 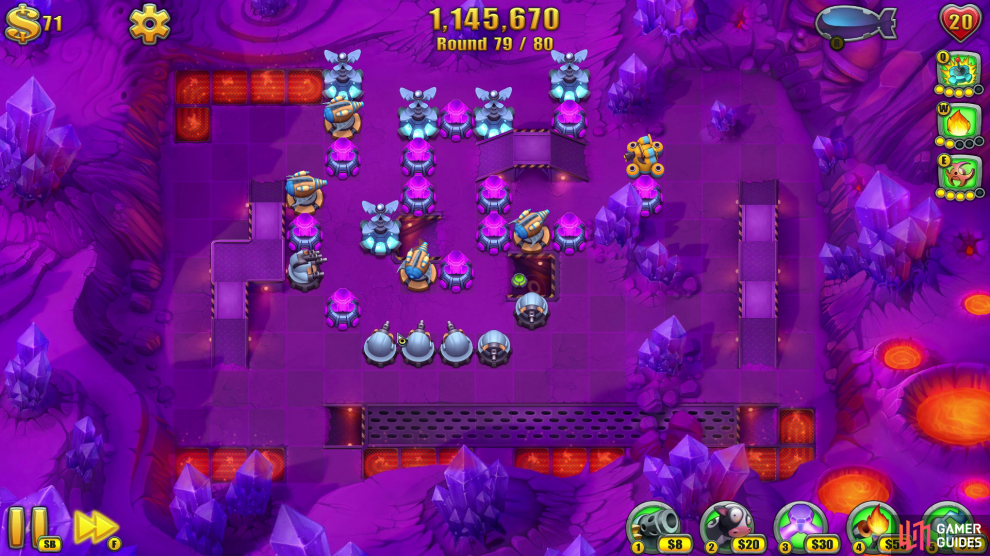 – Even with a fully upgraded Tesla Tower covering their entrance (and a Slow and Spark tower behind that), it’s still possible for a couple of units to make it to the exit. Now would be a great time to make sure you’ve got an item waiting at the exit to give them the good news.

– Now it’s a simple matter of lining the route to the exit with Gun Towers and upgrading everything with the cash you have left. Easy.