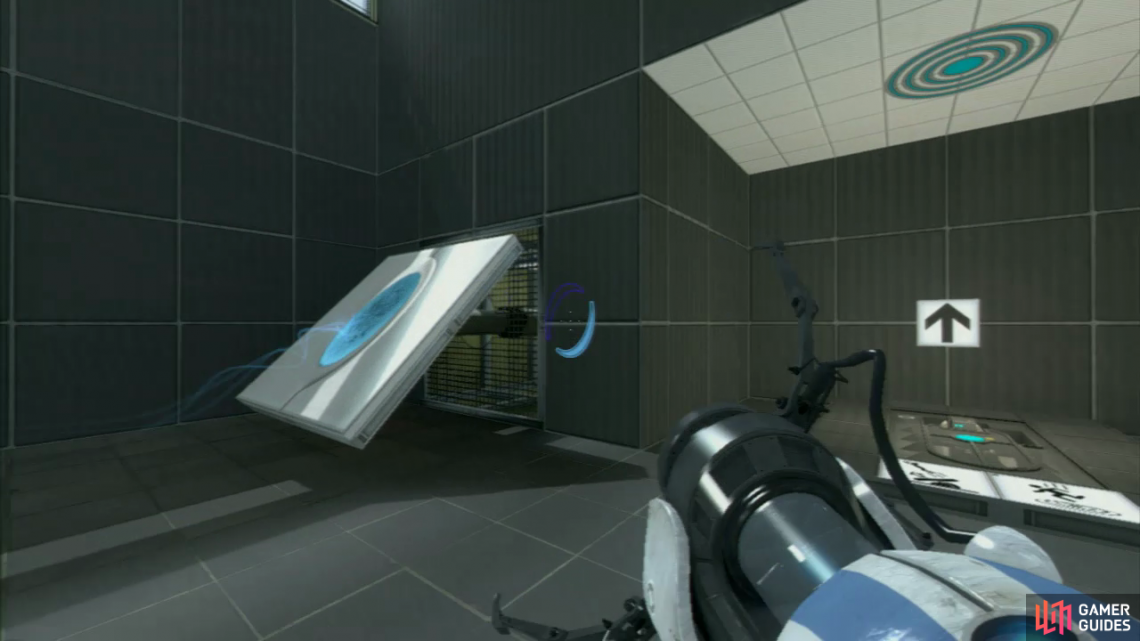 Player 1: Very simply, you need to place a portal on the slanted panel and then above the Arial Faith Plate. Both of you should just head on through and then onto the second part of the chamber.

Player 1 : Set your portals on the panel above the Arial Faith Plate and then on the slanted panel behind you to your right. 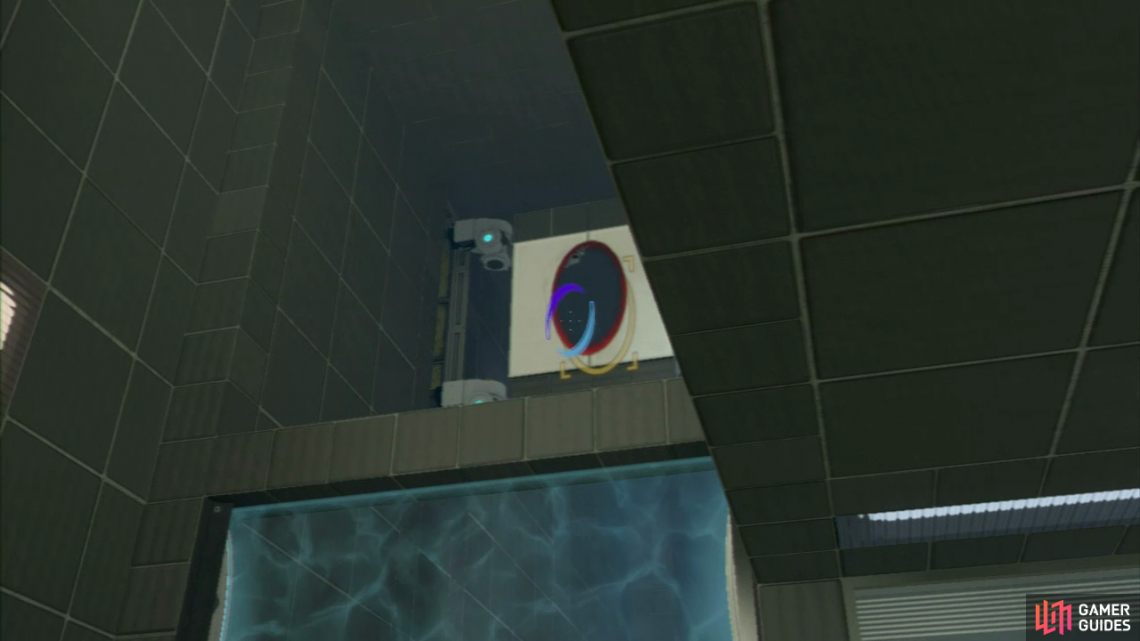 Player 2: Run on through the force field and set a portal on either side of the suspended vertical panel (up above you). This will allow player 1 to fly through to the platform above. Once player 2 has landed by the entrance to part 3, drop down into the portal on the slanted wall panel and you’ll land on the Arial Faith Plate, sending you up to player 2 and the final part of this test chamber. 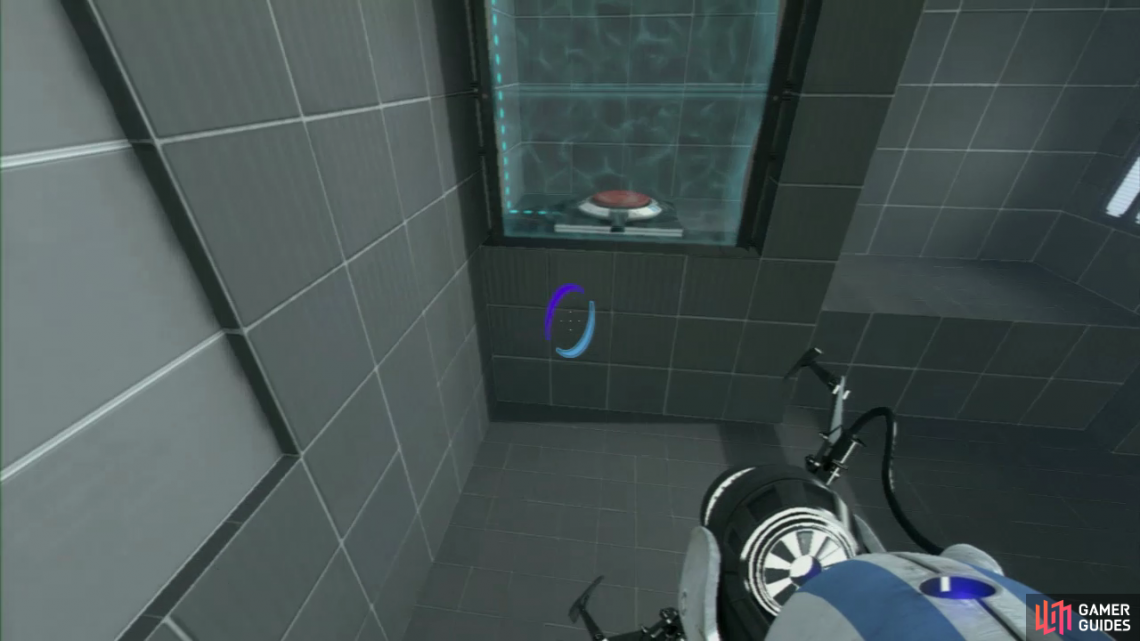 Player 1: Once more you need to get a portal over the Arial Faith Plate and then on the slanted panel in the top left-hand corner of the room. Hit the Plate and you’ll soar over to the red floor button behind the force field.

Player 2 : Once player 1 is by the red switch, replace the portal over the Arial Faith Plate with one of your own, then set another one on the horizontal panel just under the platform that’s holding the Companion Cube. Now hit the Faith Plate and aim yourself and as you’re ascending, grab the Cube from the platform and take it over to player 1 who’s still on the upper ledge. 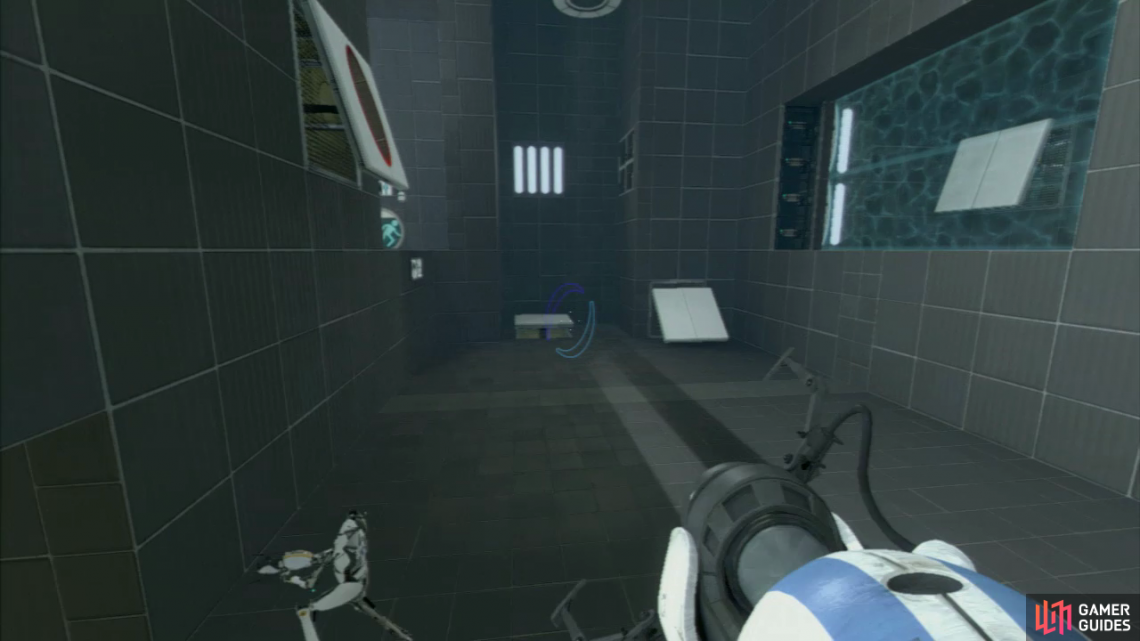 Player 1: Take the Cube from player 2 and set it down on the switch, before dropping down to the ground floor. Wait for player 2 to complete their next task before continuing. 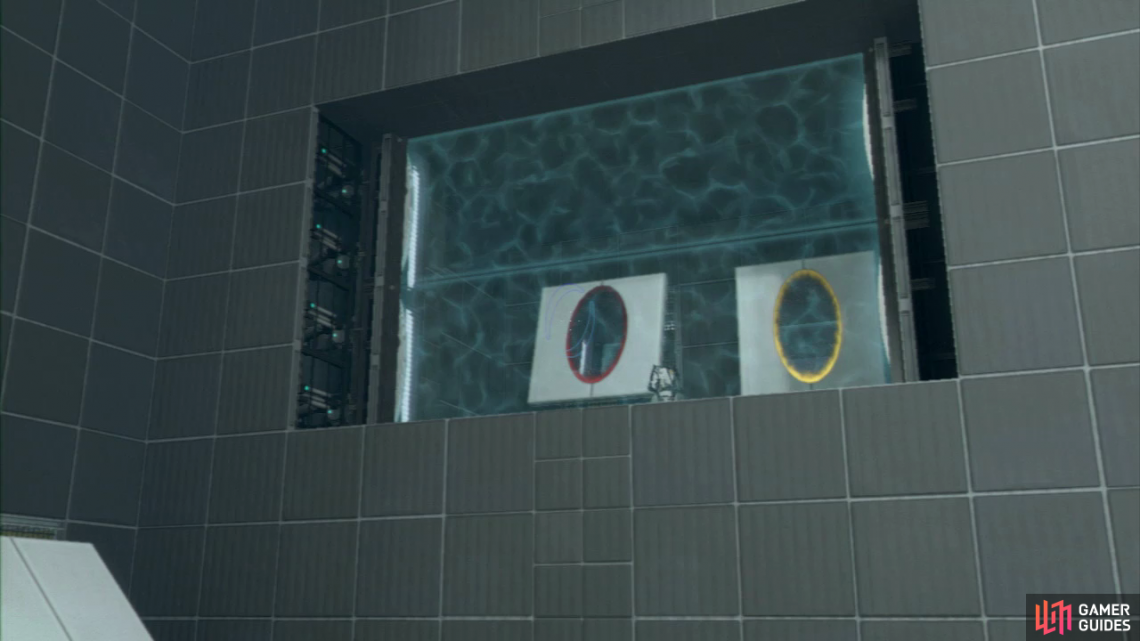 Player 2: Set a portal on the horizontal panel opposite the force field and use the Arial Faith Plate to boost across to the platform behind the force field. Now set both of your portals on the two panels in here (now STAY here)!

Player 1 : It’s Arial Faith Plate time again! So get a portal above the plate and then on the same horizontal wall panel that player 2 just used to reach the force field area. Hit the plate and you’ll zip though all four portals and land right near the exit.

Now simply set a portal on the wall panel up by the exit and then on the horizontal floor panel on the floor.

Player 2 : Step through the floor panel and you’ll join player 1 by the exit.