Player 1: There’s a ledge in between the red laser and the walkway, head over to it and then peer over and you should spot a panel on the floor that’s big enough to accommodate two portals, why, HOW convenient! Set your first portal down here.

Player 2 : Follow player 1 and get a portal on the ground (so they’re sitting side-by-side). Now turn around 180 degrees and fire the exit portal on the right-hand slanted wall panel in front of you. Now stay by the ledge for now. 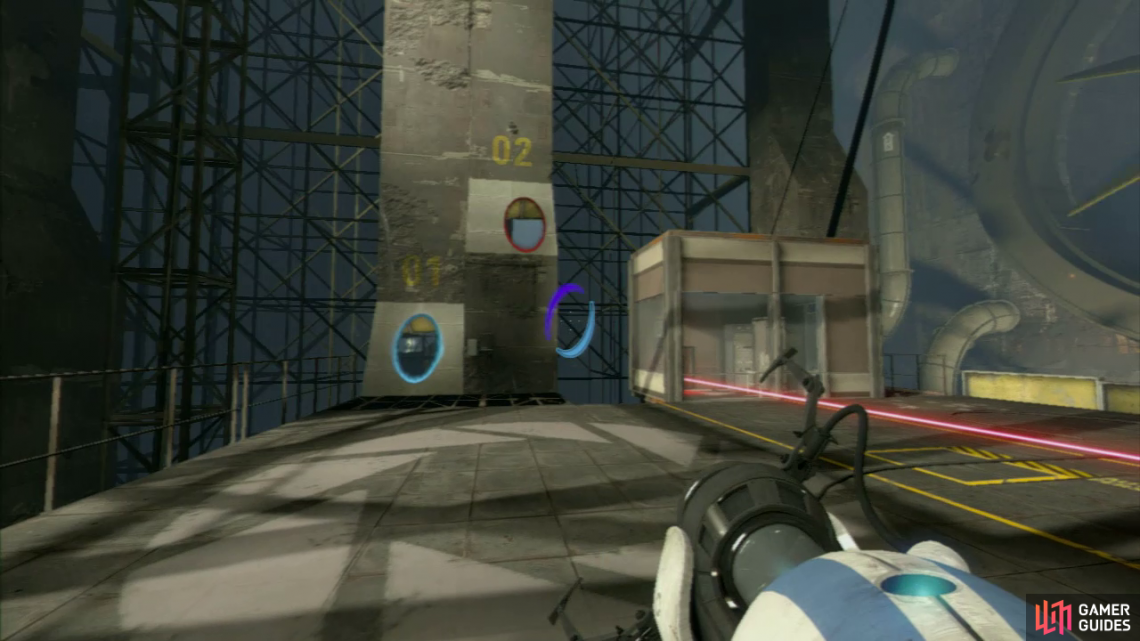 Player 1: Immediately turn around and set your exit portal on the lower slanted wall panel on your left. Now drop down into the portal below you and you’ll sail through the air until you hit the button the button that launches the Displacement Cube. 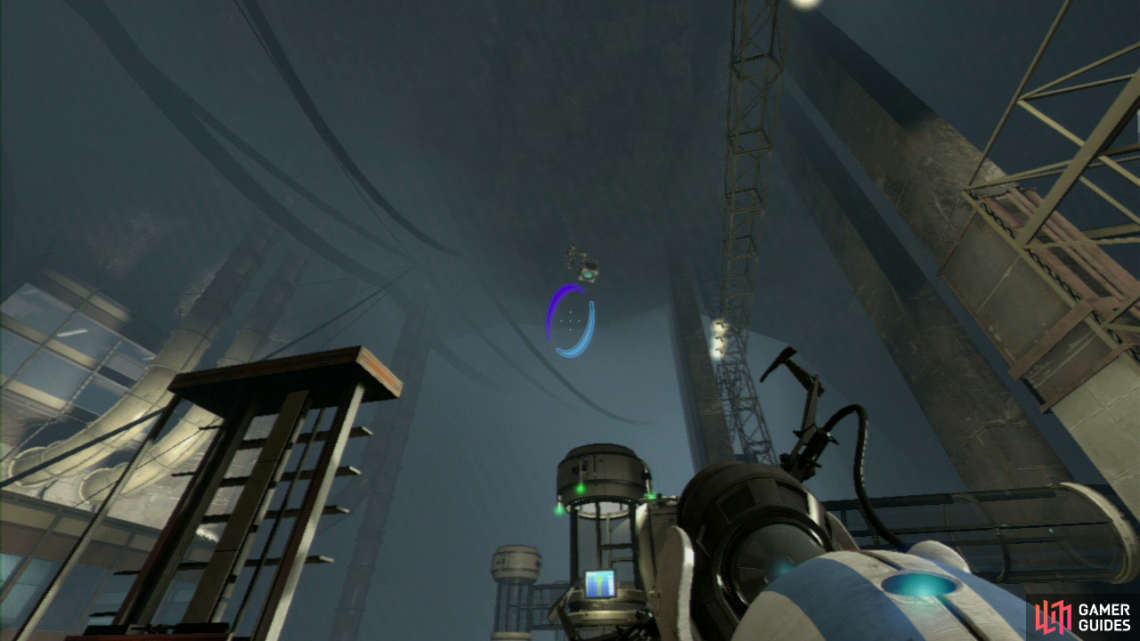 Player 2: As soon as the Displacement Cube reaches as far as where the Red Button Player 1 pushed, drop down into your portal and when you come flying out of the other side, you will be able to grab the Cube in mid-air and carry it across the gap to the platform just up ahead of you. Now drop the Cube as you fire a portal into the wall panel in front of you (make sure it’s the entrance portal, leaving the portal on the slanted wall where it is). Pick the Cube back up and carry it through, so you arrive back on the main platform along with player 1. Stand in front of the laser beam with the Displacement Cube and reflect the laser so it’s hitting the power receptor in front of the giant fan, shutting it off temporarily. 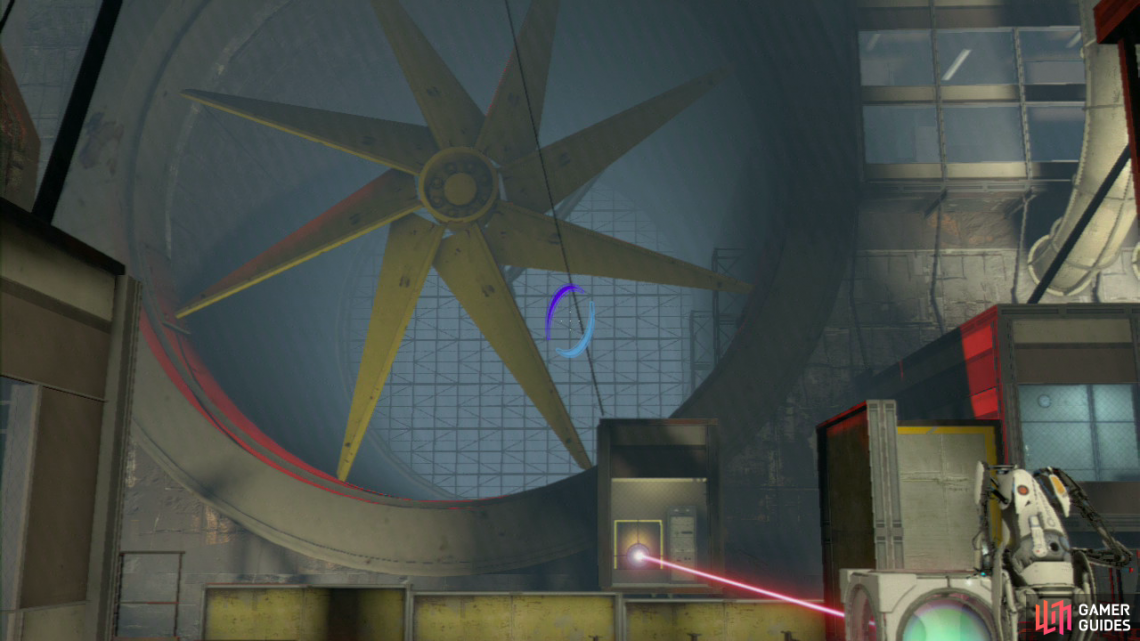 Player 1: Turn to face the left-hand wall/girders and look for the angled light coloured wall panel. Leave your original entrance portal where it is below you, and set your new exit portal up on this slanted wall. Drop back down into the lower portal and you’ll be boosted over the platform and past the giant fan blades. Now head inside the room to your left, set a portal on the wall to the right of the desk, about halfway up (you’ll find the desk immediately in front of you as you walk through the open doorway). Now run into the room to your right, and directly underneath the clock on the wall (opposite the window), set your second portal. Player 2: Look for the wall panel to the right of the power receptor (it has a yellow barrier running around it), set your first portal here and then look for the shoot-able wall panel directly opposite the office windows in the distance. Now guide the laser beam through the portals so it’s passing through the glass into the office.

Player 1 : If you’ve positioned both portals correctly, the laser beam will pass through and hit the power receptor near you, shutting the fan off for good. If not, adjust the height/position of the portals until this is achieved.

Player 2 : Once the fan is permanently switched off, drop the Cube and then set a portal on the lower platform to your right and on the slanted wall panel behind you (directly opposite the giant fan).

Both Players : You both need to pull the switches at the same time to open the doorway, now run up the flight of stairs, locate the disc and put it into the slot to complete the second course!