There's a whopping three Achievements/Trophies that you can earn in this test chamber.

Find the hidden signal in one of the Rat Man's dens

The first requires that you pick up the radio that's in the middle of the trash. Take it back to the start and then fire a portal on the first slanted wall panel (on the right) and place an exit portal on the top corner of the wall to the left. Whilst holding the radio, use the jump plate to soar through the portals and into the hidden room. Hold the radio steady for a few seconds for the 'Final Transmission' Achievement/Trophy!

Use an Aerial Faith Plate to launch a turret

The second one for this chamber requires you to pick up the turret from the junk that's sent over the jump plates (so make sure it doesn't land in the acid). Once you have it, take it back to the jump plate at the start and drop it on it manually, the 'Pturretdactyl' Achievement/Trophy will now be yours. 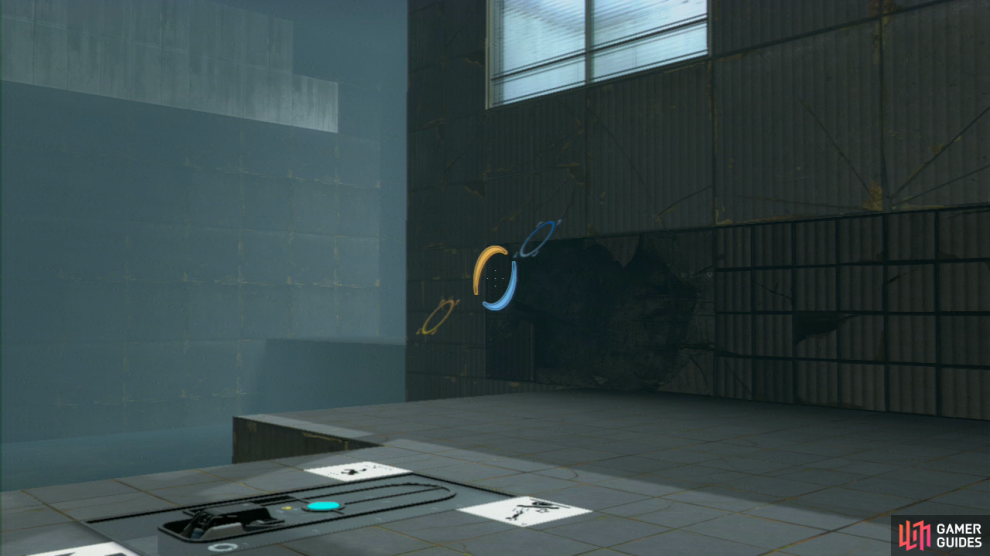 Walk onto the launch pad and you'll be automatically carried towards both of your portals, with you ending up on the upper platform near the exit door. 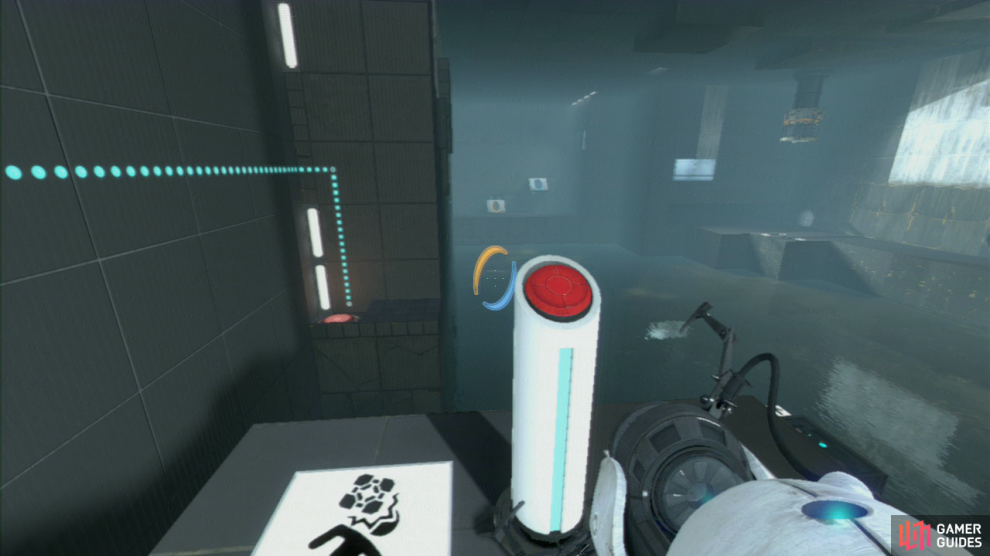 These will hit the same launch pads you did and they'll eventually fly past you. A Companion Cube will now be placed in the chute, so once again hit the red button and the Cube will find its way over towards you. 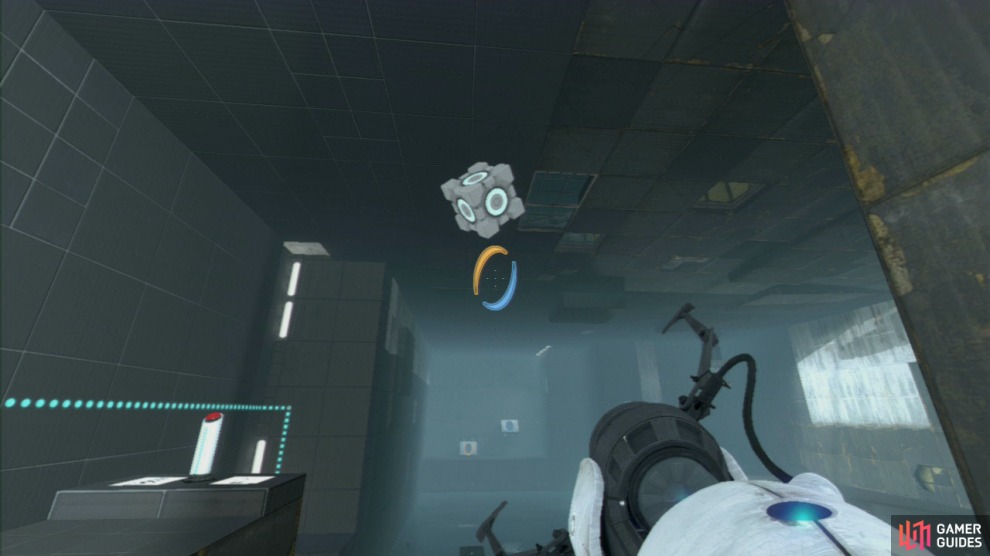 The third and final one for this level can be earned by placing a portal over the red switch at the end and then a portal on the slanted wall panel (the right-hand one). The Cube will fly straight onto the button, triggering it and awarding you with the 'Drop Box' Achievement/Trophy.

Once you have the Cube in your possession, set it down and create a portal above the large red button in the left-corner of the map (follow the yellow dots if need be) and place a second portal on the wall to your immediate right.

Take your Companion Cube and drop it through these portals and it'll fall onto the button, opening up the exit for you.