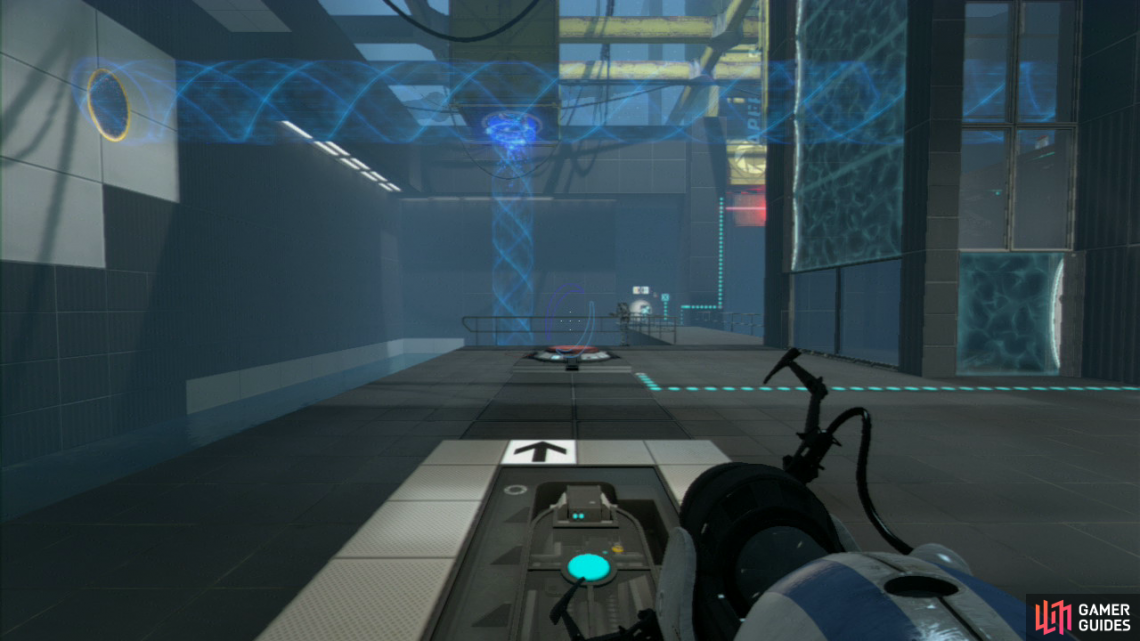 Player 2: Make your way down to the red button on the ground and turn to face the wall on your left (where a series of wall tiles are ‘stair casing’ themselves up towards the ceiling). Get your first portal slap bang in the middle of the top right-hand set of tiles, so it’s facing directly opposite the blue force field. Now get your second portal on the horizontal tile where the excursion funnel to your right is currently going (this’ll create a funnel that’ll lead right past the force field).

Player 1: Step on the Arial Faith Plate nearby and you’ll be launched into the funnel, which will carry you right into sectioned off part of the chamber. Once you’re safely over the upper ledge (by the button), drop down.

Player 2 : Once player 1 is ready and waiting near the button, replace the portal that’s on the far wall so it’s now located on the vertical, rectangular wall panel that’s facing player 1. Make sure that’s directed so the funnel is passing directly underneath the chute that’ll drop the round weight needed to complete the chamber. 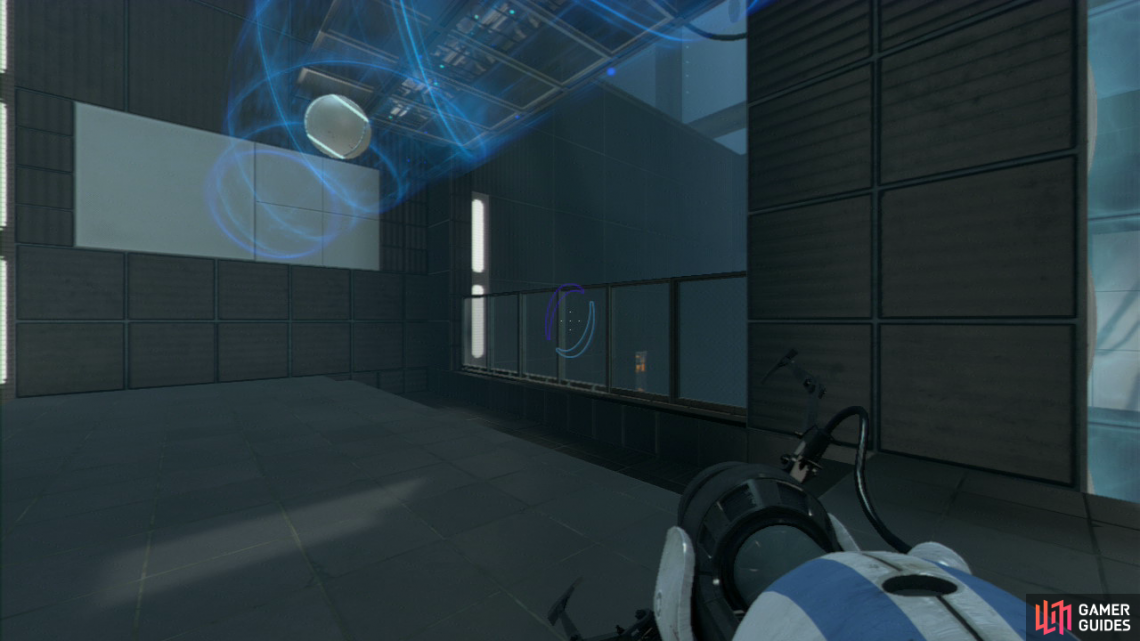 Player 1: Once the funnel is correctly positioned under the chute, press the red button so the weight drops down into the funnel and makes its merry way towards the wall panel at the other end. Drop down to the ground floor again and stand near the red button (but not on it).

Player 2: Stand on the red button as this’ll drop down the panels, allowing player 1 to perform their next step. 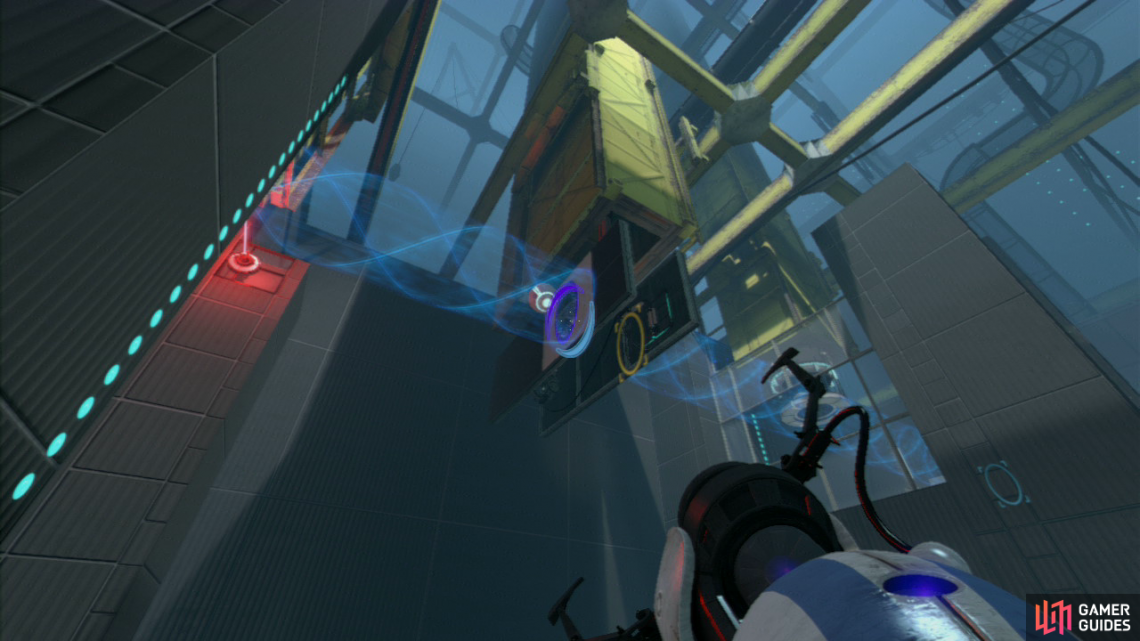 Player 1: Zoom in and fire your first portal where the ball is hitting the wall, then run to the far left-hand side of the room (towards the exit) and look up towards the red laser beam high up. Opposite is a white vertical wall panel, place your second portal here, this’ll allow the sphere to pass through where it’ll stop at the beam, opening the door to the exit!