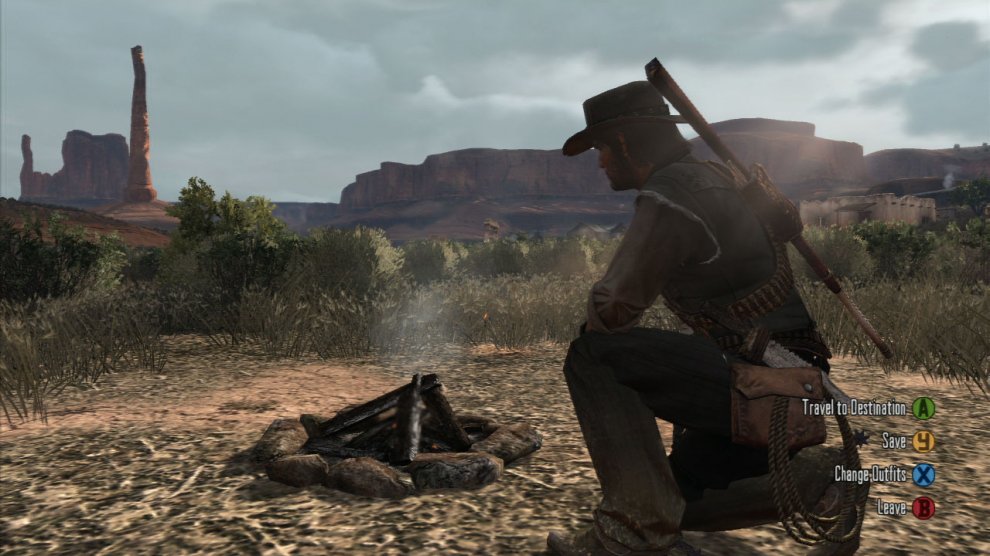 Camp it Up It’s a pretty big game world, massive in fact. And whilst you’re more than welcome to ride your horse all the way around, that can take an awfully long time to do. So to save yourself a ton of time, why not teleport from waypoint to waypoint instead? Simply set your waypoint on the map, then go find a flat bit of land in the outback near you and set up camp. From here, you can travel immediately to your next waypoint from anywhere in the map in a matter of seconds! No cost, no mucking around and no hassle! Granted, you might not get to appreciate the scenery, but it makes getting through the game a whole lot less laborious!

Aim of the Game

The game has a rather generous auto-aim mode tucked away in the config’ menu in the options screen. Set the targeting mode to casual and you’ll have an easier time as your gun has a much more reliable lock-on to enemies. If you want more of a challenge, simply turn it to expert and all auto-aiming will be off.

You’ll kill a ton of bad guys as you make your way through the game, don’t forget to run over their corpses to not only refill your ammo count, but by pressing Y/Triangle , you’ll also loot their bodies for some easy money. You may not get much cash, but it all adds up!

Your Dead Eye allows you to slow time down to line up multiple shots. It’s basic at the start, but the number of targets you can mark increase as you go through the game. You need to kill more enemies to refill it, or buy appropriate bottles at the general store to top it all up in one go.

Keep an eye on the brightness of your weapons recital, as the whiter it is, the more accurate your shot will be as this indicates that the enemy in your sights is within range of that particular weapon! If it starts to fade, then you’re too far away.

You can purchase a rather useful piece of garment from either the tailor in Thieves Landing or the General Store in Escalera (Mexico), the Bandana allows you to commit crimes without affecting your Honour rating!

Common sense this, but as you can take cover behind most inanimate objects, doing so in a battle can save your life. However, make sure the cover is suitable, as a low wall can still get you killed by enemies on higher ground.

As long as your head is covered you can either pop out of cover, or simply hold fire to do a ‘blind shot’ into the general area of your enemies (with much less accuracy).