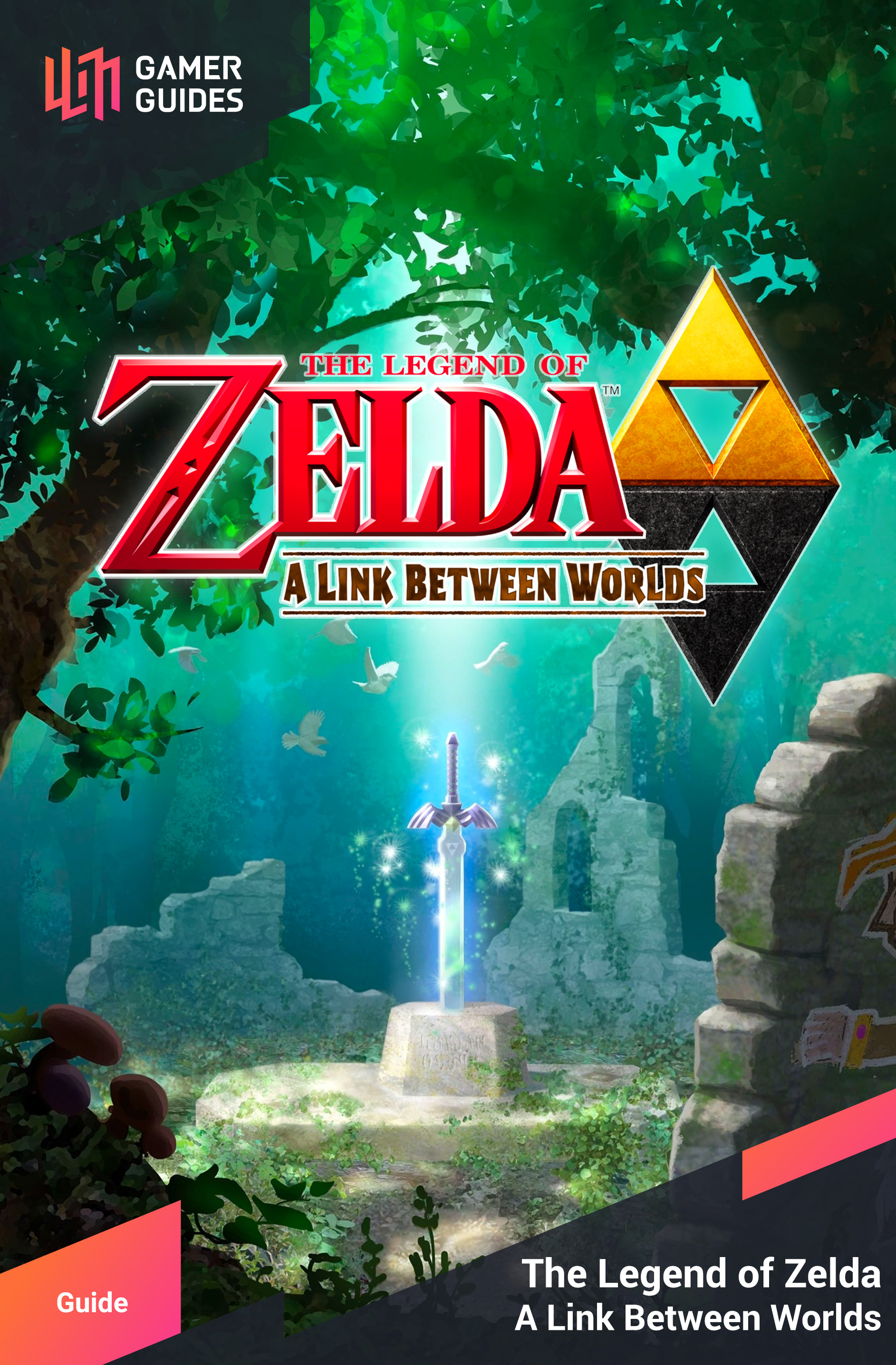 The Legend of Zelda: A Link Between Worlds
Strategy Guide

Once you have a bottle, visit Bee Guy in the Kakariko Village and he'll give Link a net, making Link his bee-catching slave. When you use the net, Link will swing it around him--if there is a bee, fairy or apple nearby, it will get caught in the net. Once you've caught something, you can place it inside an empty bottle and use it later. We mentioned bottles are cool, but the net is pretty cool too as you need it to catch the ever-useful fairies. Compared to the regular net, the upgraded version does 8x damage, but it's slow and cumbersome to use.

With the bow, Link can fire an arrow in a straight line, damaging monsters or hitting switches from a distance. You can fire arrows up, down, left and right and also diagonally too. The bow is very useful for killing monsters without getting your hands dirty; early on, it does more damage than the sword too. However, unlike the sword, you can't use the bow constantly without rest, as each use of the bow will deplete the energy gauge slightly. So be sure to aim your arrows properly before firing!

The upgraded bow can fire three arrows at once, in a small arc; it's very handy as you don't need to aim exactly to hit your target and you can also hit multiple monsters at once.

This powerful mallet damage monsters and creates a small shock wave, stunning any monsters nearby. It can also depress certain objects, such as wooden stumps and smiley face blocks, and break cracked floor tiles. As a regular weapon, it's not too useful because it's slow, but the ability to stun is nice. You mainly want to use it to solve puzzles or defeat hard-shelled monsters immune to other attacks. The upgraded hammer deals more damage and its shock wave range increases--the latter especially is a boon.

This arcane staff creates a cyclone of wind around Link, making Link hover up for a short while and stunning any monsters within range. The hovering ability is useful for avoiding certain attacks or solving puzzles. The stun range is fantastic and works great when Link is surrounded by monsters, so you can snare them in one fell swoop. Only one real flaw: it eats up a lot of the energy gauge. The upgraded version deals damage as well as stunning monsters--nothing amazingly new, but this item was already excellent.

A Zelda staple; these explosive bad boys can be planted on the ground or picked up and thrown around. Either way, once its fuse blows, it blows up everything in its vicinity. Bombs are obviously great for blowing up cracked walls or floor tiles. As a weapon, they're a bit hit and miss because it takes time for them to go off--at which point, the monster might have moved away. However, as an adventuring tool, they're a must. The upgraded bombs do more damage, which is nice.