As we get off the lift we will be in a large room that has tonnes of corpses, desks and other bits and pieces to loot. Ensure that you pick up some more ammo and use the Minuteman’s Armory machine here if you want to apply any additional weapon upgrades. Behind this you will find another lock pick if you need it.

When you are ready to progress with the story, have Elizabeth pick the lock so that you can go out the door.

Turn left and follow the path until you reach the corner to the left. Ahead you will see a bridge leading to another large building. There are a couple of tears Elizabeth is able to manipulate here.

As you approach a pod will fall to the ground near the centre of the bridge and a second will land on the walkway besides the building beyond the bridge. From these pods motorized patriots will emerge. In addition, a grenadier will appear at the far end of the bridge and 5-6 Founder soldiers will also spawn. Use your usual tactics to take out the closest patriot before focusing on the soldiers. To make things easier you can have Elizabeth activate the mosquito and attempt to possess the motorized patriot at the far end of the bridge.

Exit the library (left) and make your way across the bridge towards the building in the distance (right).

Once all the enemies are dead, go to the far end of the bridge. As you do a barge will pull up and drop off reinforcements over by the structure to the right. There are 6 regular Founder soldiers. Kill them all. Now return to the building at the end of the bridge and have Elizabeth unlock the door here (requires 3 lock picks).

Once inside, Head over to the lift at the back of the room, there are 2 lock picks on the floor here. There is a safe containing some money that Elizabeth can unlock (requires 1 lock pick) in the open office room to the right. Enter the door to the left to find a Voxophone [1/1] on the floor between 2 desks. There is also a Veni! Vidi! Vigor! vending machine in this room for any last minute Vigor upgrades you might desire.

When you are ready to continue onwards, return outside to where the barge dropped off the reinforcements earlier. Look to the left here to find a Telescope [1/1] .

The Voxophone is inside the building at the far end of the bridge (left). The Telescope is nearby, where enemies were dropped off earlier (right).

Used all telescopes and Kinetoscopes in the game.

Hand of the Prophet Gunship¶

Once on board the barge, pull the lever and the barge will set a course for a zeppelin in the distance.

After a few moments of solitude, a number of enemy gunships will approach our barge and attack us. We need to kill them to progress. This is an absolutely fantastic time to use the Undertow vigor as we can hop up to the freight hook on enemy ships, drop down and then use Undertow to instantly push all of the enemies off the ship to their deaths.

Hop onto the dropship (left) and fend off the gunships that come to attack you (right) on the way to the Zeppelin.

The first ship will come from the front and to the left, hop over and undertow the unfortunate souls overboard. Jump back to your ship and a pair of mosquitos will appear. Shoot them down as they approach and once the mosquitos are destroyed a second gunship will approach from in front and to the left again. Once again hop up and use the undertow vigor to polish off the crew quickly.

A pair of gunships will start fighting each other to the left. Let them do it as you do not want to draw their fire. Eventually they will move on without bothering you. The next drop ship will approach from behind and to the right. If you still have salts left, repeat the undertow trick on the Vox soldiers before returning to your ship.

The final assault will come in the form of 2 mosquitos and a gunship from in front and to the right. I’d suggest dealing with the occupants of the gunship first before turning your hand to the mosquitos.

With all of those foes vanquished a conversation will ensue and after a few moments you will arrive at the Hand of the Prophet. 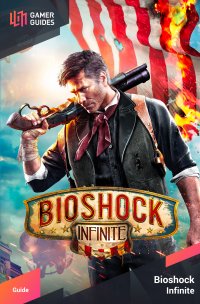