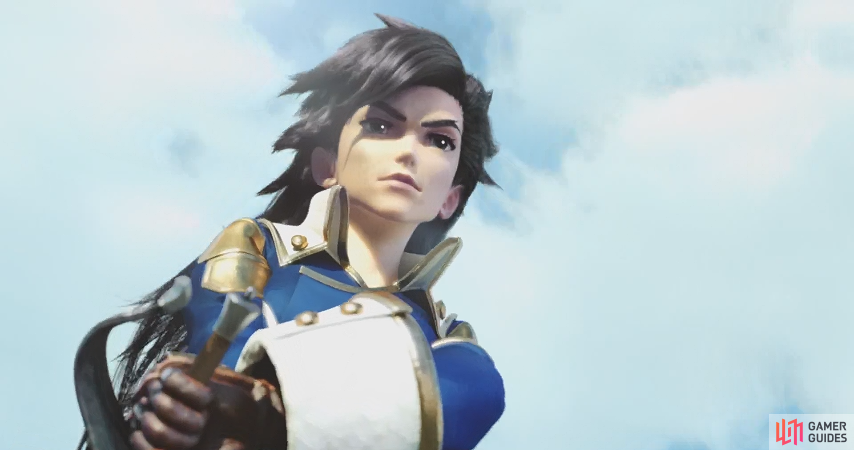 Known as “The Blazing Wolf” for his remarkable swordsmanship, Janne is a Cavalier in the Crystalguard and one of Yew’s closest friends. Having served together for many years, Yew and Janne are inseparable.

After Pope Agnes is kidnapped, Janne comes to Yew to explain the fate that has befallen Gathelatio. Shocked by Yew’s determination to rescue Agnes, Janne nevertheless vows to support Yew on his quest. However, things are not as they seem and soon fate pits Yew and Janne against each other.

Two years after the Heroes of Light calmed the Four Crystals, Luxendarc is at peace. Agnes Oblige is now Pope of the Crystal Orthodoxy, working with the Duchy of Eternia to maintain peace and prosperity in the land.

But there are those who do not wish for peace. The Glanz Empire and its leader Kaiser Oblivion kidnap Pope Agnes despite the efforts of her protector Yew Geneolgia and set out to conquer Eternia. Yew survived the attack and wakes up a week later, determined to rescue his beloved Pope Agnes and stop the advancing Empire once and for all. And so your journey begins…

Our guide is filled with a plethora of information to help you on your journey through Luxendarc including: