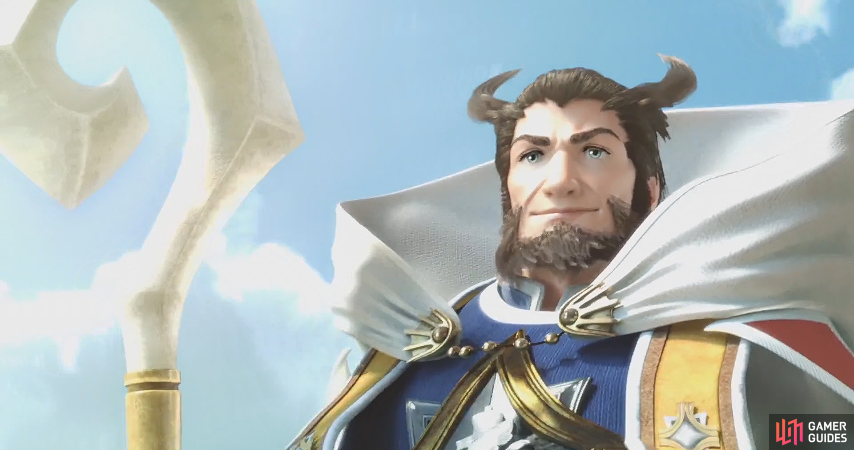 A priest in the Crystal Orthodoxy, Nikolai has served in the Orthodoxy since its oppression by Eternian forces. He is a member of the Three Cavaliers, known as the "Stalwart Aurochs" for his stoic and calm demeanour, and sees himself as Yew’s mentor and somewhat of a father figure.

After Agnes is kidnapped he accompanies Yew in his task to save her. However he is sent back to Gathelatio to tend to the wounded soldiers there. Later, he is struck down by imperial invaders and tells Yew with his dying breath to run and to abandon his foolhardy quest to save Pope Agnes.