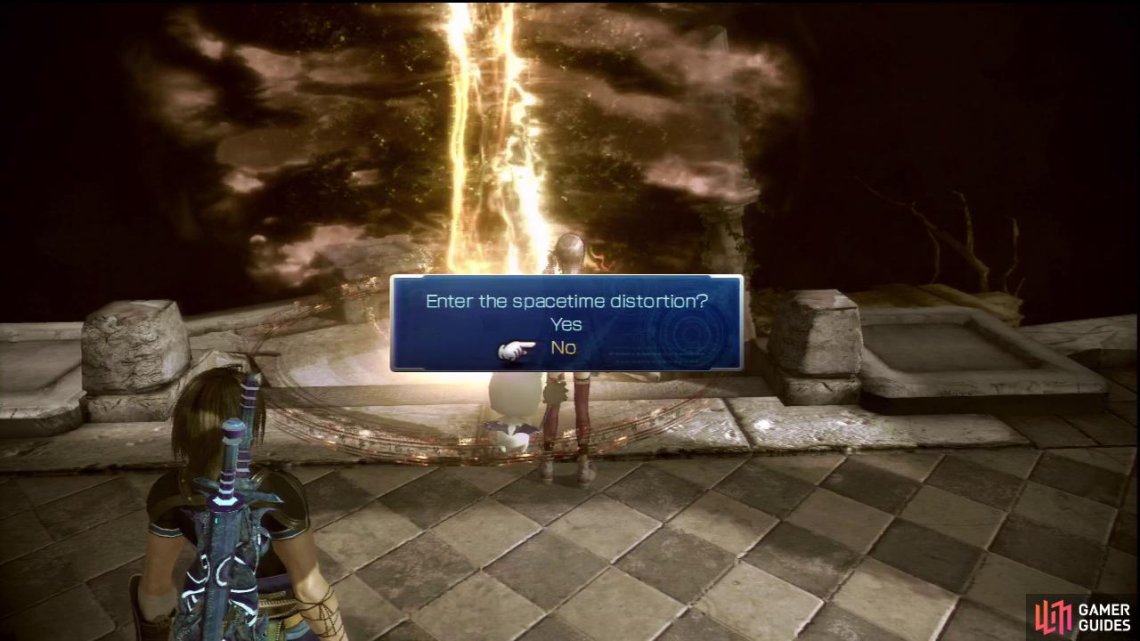 These distortions sure are handy.

Throne of the Goddess - After the scenes loot a treasure sphere for 6x Potent Chip . Along the south edge of this area are two treasure cubes out of reach. Toss the moogle at them to pocket the ‘Prediction’ Gate Seal (unlocks Time Reversal in AF??? Coliseum) and ‘The Calm’ Gate Seal (unlocks Time Reversal in AF??? Archylte Steppe). And lastly, there’s a concealed treasure sphere in the northeast corner of the area. Uncover it with Moogle Hunt and cash in 800 gil. Now exit the Void Beyond to unlock AF400 Academia and AF??? Serendipity. Let’s visit the latter!