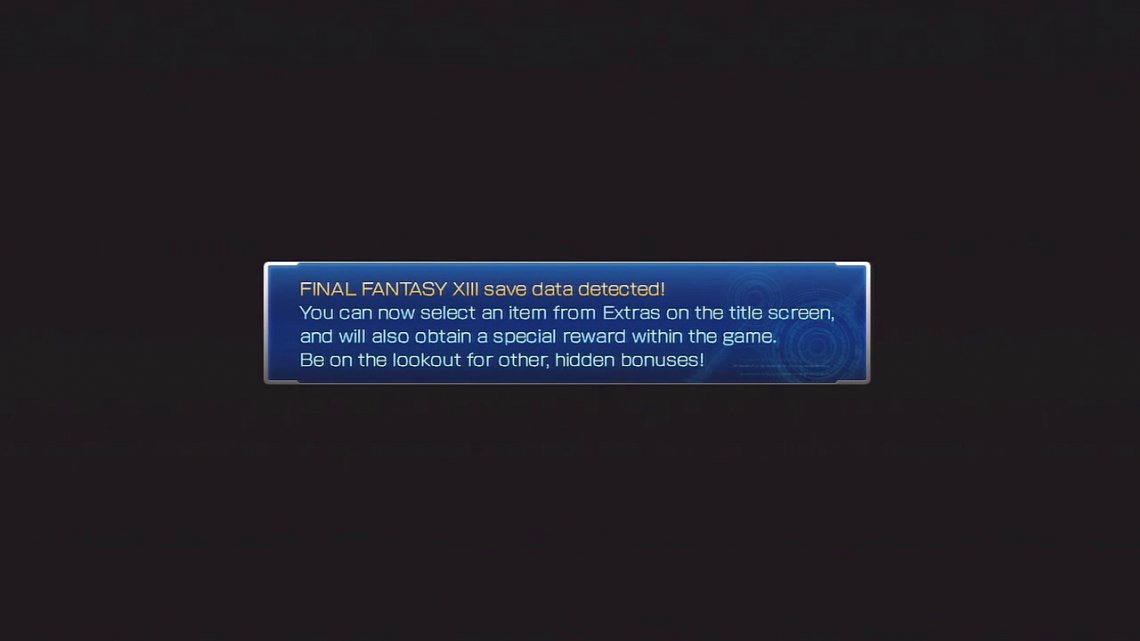 Having a previous save from FFXIII will allow you to unlock a special theme for the XMB and some other items found in Serendipity, as well as the Eternal Crystal.

Enjoy the introduction scene. The badass’s name is Caius and he’s the main antagonist of the game.

Lightning faces off versus Bahamut. Since this is the first battle, it isn’t terribly difficult but you must still be careful not to get carried away (left). Bahamut gets a little stronger this next time so be ready (right).

Lightning is well equipped for the battle at hand. You can fry Bahamut with lightning raining from the sky, fill it with bullets from Light’s gunblade, or in case of emergency, totally fill your HP and at the same time bestow Protect and Shell.

Bahamut, on the other hand, often swipes at Light, or breathes some fire in the path of Odin. After losing about 50% HP, Bahamut roars and gets a few new tricks. It can now deliver a punishing divebomb and shoot several projectiles. Take care to renew HP if it drops low and keep attacking Bahamut until the battle concludes.

Lightning is again well equipped for the battle at hand. You can either fry Bahamut with lightning again, unleash homing projectiles, or totally fill your HP and at the same time bestow Haste. Bahamut can unleash Megaflare for about 1000 damage, but it’s not much to inhibit you on the path to victory.

Make sure to heal for this battle when Bahamut does his strong attacks. Keep an eye on your HP while continuously attacking him and you’ll be fine.