After the initial trip into 100 Acre Wood you'll find Torn Pages in the game, the first one unlocks Piglet's House. On the right side is a chest with a Defense Boost (4/6) and nearby is Dawn #26. Near the tree is an AP Boost (5/6) in the chest and the nearby stump hides a chest with a Mythril Gem (6/6) inside. Now "Rescue" Piglet who is stuck on a branch in the tree. The minigame starts after this scene.

You are tasked with defeating objects that fly at Sora and Pooh while you ride the winds using the balloon. You can move around in any direction, just use X to smash them and Triangle on whirlwinds to destroy many objects. Honey counts in subsequent plays, but not the initial one. Tree stumps and honey pots are worth the most so be sure to break them whenever you get the chance. At the end you'll have to rescue Piglet once more.

After collecting another Torn Page, return to 100 Acre Wood to find Rabbit's House has been restored. After the scene is over, turn around and loot the three chests for a Draw Ring (7/9), a Mythril Crystal (8/9), and an AP Boost (9/9). The puzzle piece in the field is Dawn #19 ; grab it and move towards the group to trigger another scene. A game of Hunny Slider starts up after the scene.

This is basically a race course where the objective is to collect a bunch of honey. If you get hit then Pooh is dropped and you lose a life. Pick Pooh back up with Triangle and just avoid the obstacles along the way. There are chances to pick up Gopher along the way. Just press Triangle at the right moment and if you get with him then Pooh isn't dropped!

After you get another Torn Page make your return. By now you should have High Jump Lv2 so head to Pooh's House and grab Dawn #7 from behind the tree. Visit Kanga and Roo; Tigger swipes the medicine! Pick up Dawn #13 and loot the three chests to find a Magic Boost (10/12), an AP Boost (11/12), and an Orichalcum (12/12). Talk to Tigger to start the minigame.

The minigame is pretty simple; move left and right to land on balloons then press Triangle to pop them and bounce higher. You only need to pop 10 to beat the game this go around, but in further iterations you'll want to launch as high as possible.

Come back with another Torn Page and enter Spooky Cave. There are some chests you can find by playing the minigame here. You'll have to use Triangle to move the group forward or stop them. Move up a bit and dust falls from the ceiling. Have everyone stop then proceed up to the bees. Move along the ice to grab a Mythril Gem (13/18) and Dawn #20 , then stop the group before the ceiling falls down on them. Ahead are more bees so defeat them and turn right into a small alcove with an AP Boost (14/18) inside. Return to the center to find two more chests containing a Mythril Crystal (15/18) and the Guard Recipe (16/18).

Leave the center and turn right, opposite of where you got the AP Boost. In this alcove is an Orichalcum (17/18). Continue down the southern path now and defeat some more bees. Cross the ice and collect the AP Boost (18/18) then you'll find Pooh! You receive the Sweet Memories Keyblade and the Spooky Cave Map afterwards.

Enter Starry Hill and grab the two chests around the perimeter for a Cosmic Ring (19/20) and the Style Recipe (20/20). Head up the hill and help Pooh to start the minigame. Its not hard, just press Triangle when the Power Gauge is full then again to toss Pooh. You can't get the puzzle piece yet, but there is a scene where you'll gain a Cure Element and an Orichalcum+ . 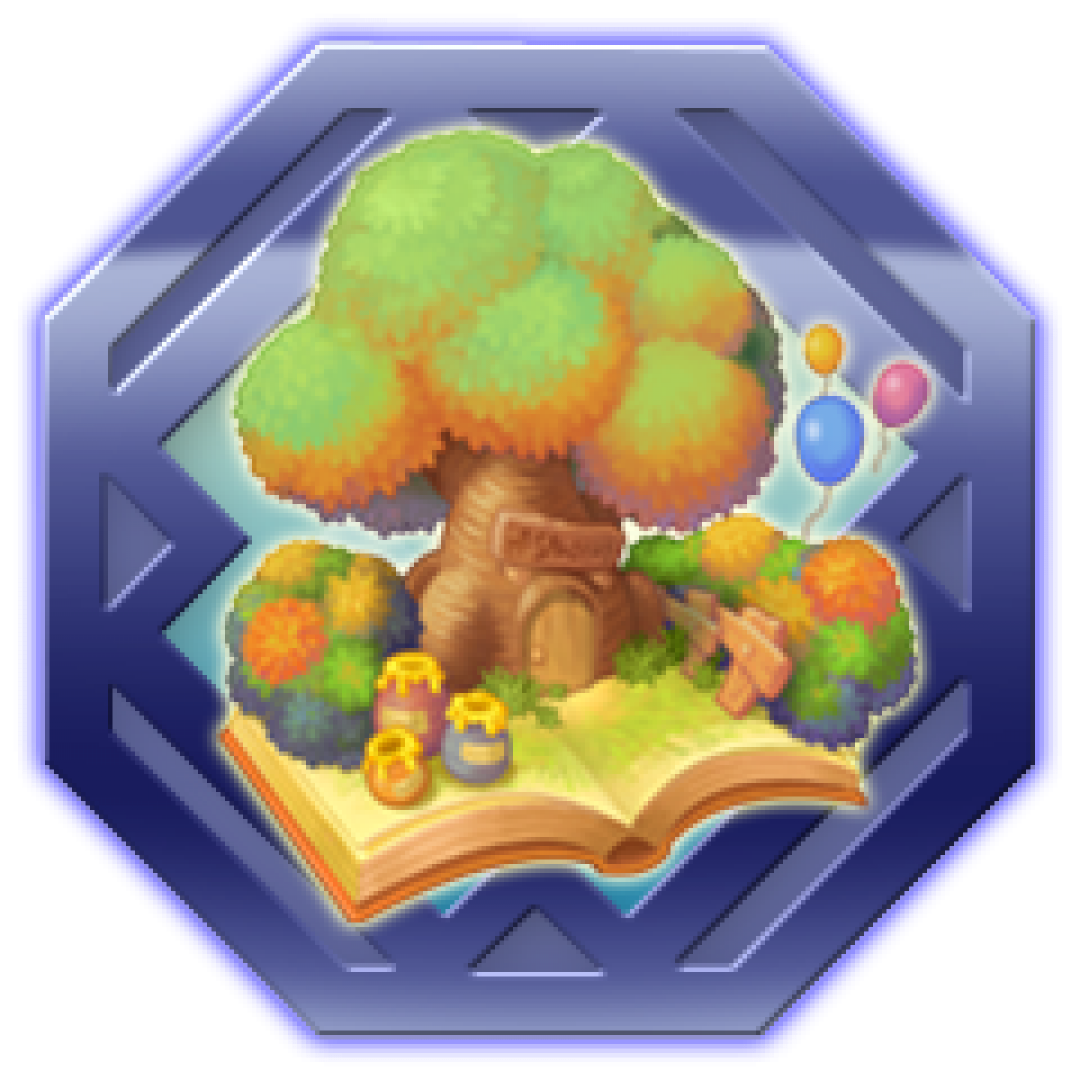