Gettin' Yolked in the Waste 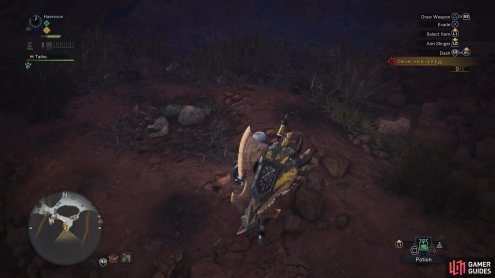 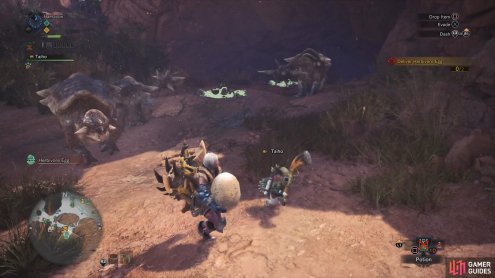 The purpose of this quest is to introduce a staple of Monster Hunter games; transporting heavy objects very - usually eggs. Essentially a form of escort quest, you’ll need to locate the object you’re after, find it, then carry is back to a camp and put it in your Item Box. Sounds simple enough, and you can even climb while carrying such objects! The catch? You move very, very slow while carrying objects, and while you can sprint, if you run out of stamina you’ll drop your prize. You’ll also drop whatever you’re carrying if you get hit, and if you drop it, you’ll have to go back and get another. Naturally, carrying around stolen eggs can draw unwanted attention, namely that of the egg’s parent, or the attention of other would-be egg-thieves like opportunistic Kulu-Ya-Kus. 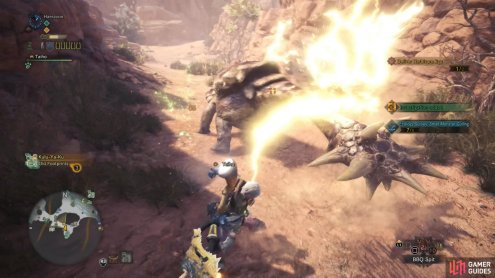 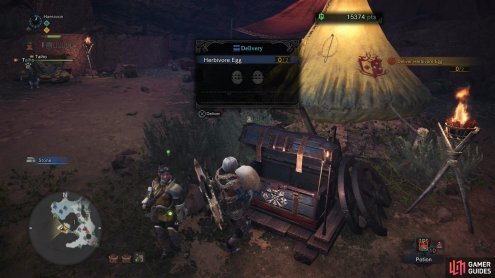 This particular form of this quest type, being introductory, isn’t all that hard. You’ll need to nab an Herbivore Egg out of an Apceros nest (found in the southern end of AREA 4), and while usually docile, Apceros will attack if you abscond with one of their eggs. Granted, they move so slow you can usually just outpace them by walking and sprinting, as your stamina allows. If you want an even easier time of things, just kill all the Apceros in between the Southwest Camp and the Apceros nest, being wary of wandering groups of Apceros you may run across later and, of course, the Kulu-Ya-Ku that dwells in AREA 6.

Bring two Herbivore Eggs back to your Item Box and deposit them to complete this quest.