The Best Kind of Quest 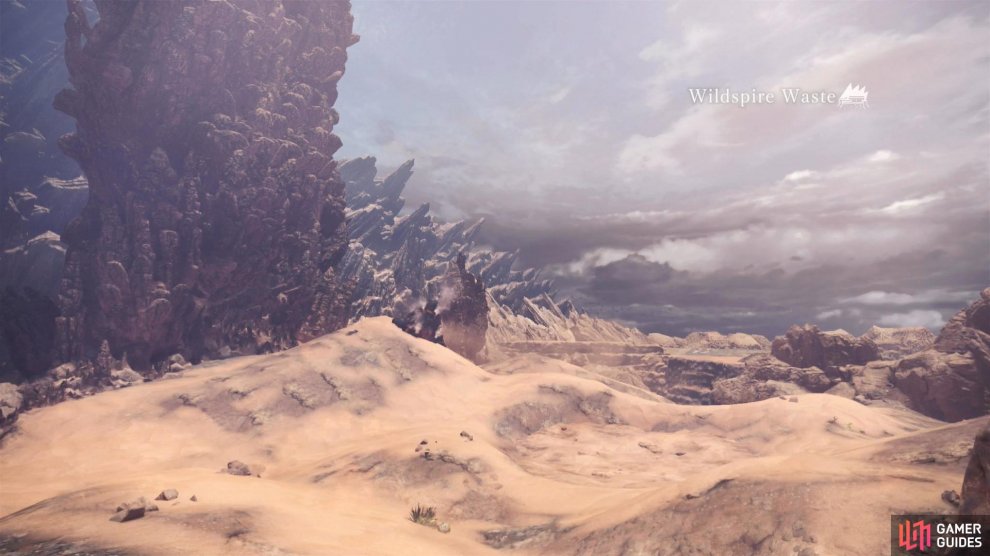 Pick up this quest from the Quest Board and set off on this assignment whose name makes such lofty promises. Watch the scene introducing the Wildspire Waste area, after which you’ll get the privilege of walking alongside The Handler and some researchers as they push a cart through the area. Be sure to grab some sling ammo as you go, as you’ll need it later. Follow them to the upper reaches of AREA 5, where they’ll hear some big scary beastie roaring in the distance - the signal that it’s time for you to do your job!

Bravely enter the cavern ahead, where you’ll spot a Rathian, a large, winged wyvern similar-appearing to the Rathalos. For this next bit, you’re not looking to kill the monster, or even fight it, if possible. You need to keep it busy while the wagon is pushed through the territory, and you can achieve this by using your Slinger to shoot rocks near it, drawing its attention away from your companions. As long as you don’t run up and hit it, it shouldn’t turn hostile immediately, but after aggravating it with your Slinger, it’s likely to get angry and find you eventually. If this happens, simply evade it until the wagon is clear, then join your companions outside. 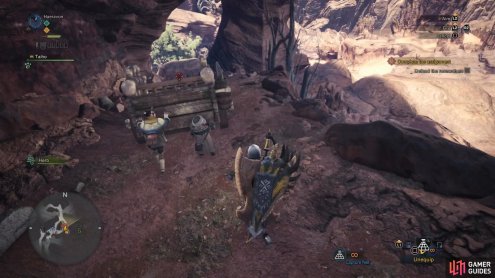 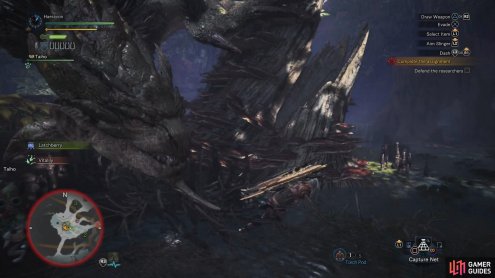 After the close encounter with the Rathian, continue following the wagon to reach AREA 8, the location of the spire they’re here to research. Along the way, you’ll spot a group of frightened Apceros… and when something that big and well-armored is scared, it’s never a good sign. Eventually the wagon will stop near the spire, but if you’ve been vigilant you’ve probably found some mysterious monster tracks along the way… there’s a good chance that you’re not alone out here. Go towards the molten pile left behind - presumably by Zorah Magdaros - and the researchers will forget themselves in their excitement… until a Barroth shows up to remind them of the dangers of the New World.

Note: Unlike all story hunts to date, the battle with the Barroth is not a separate assignment. It’s all one quest. You can, however, SOS for help once the fight with the Barroth actually begins. This will, sadly, be the norm for story quests for a while.