Return to Lord Shimura’s Camp to find out that the samurai from the mainland have finally arrived. As you enter the camp, you will be introduced to Lord Oga, the bannerman to the shogun. He lays out the plans set forth by Lord Shimura, and will wait for you by the northern gate, while you take care of some things. That other thing is to speak with Yuna, but you have an optional objective to talk with your allies, as well. Norio will be located inside of the one building, where he is meditating with some other people. 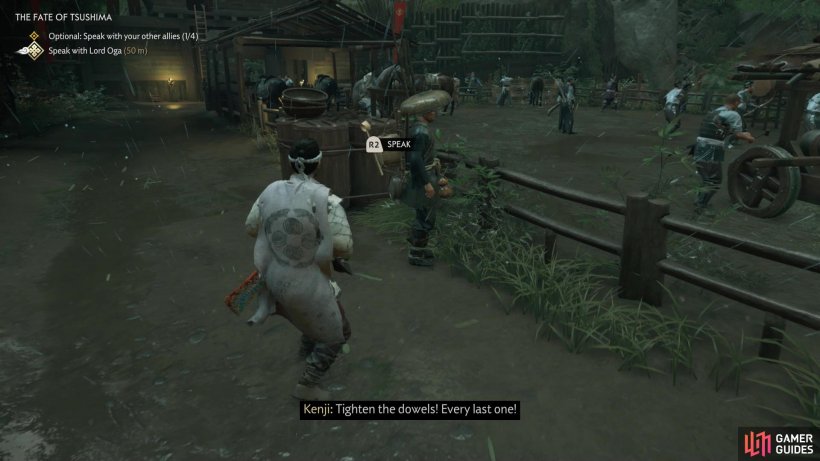 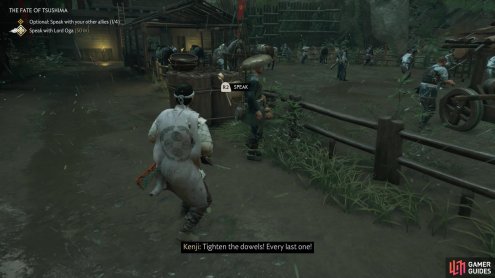 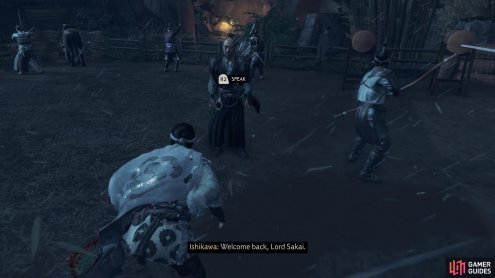 You have an optional objective to speak to your allies (left), and they are all doing something to prepare for battle (right)

The other three people are all around the fenced area. Kenji is overlooking the battering ram, while Sensei Ishikawa is training some archers and Lady Masako is training some swordsmen. You don’t have to talk to them, but it’s nice to have some added dialog to the mix. Back on track, Yuna can be found in one of the houses and is marked, so speak to her and whenever you’re ready, meet Lord Oga by the northern gate. It’s time to meet up with Lord Shimura, who is not at the camp, so Oga escorts you to him, which is at a nearby tower.

Note: When speaking to Lord Oga, the game warns you that the following mission is a long one, so make sure you have some time set aside to finish it. Despite the warning, the mission isn’t super long.

The Fight for Castle Shimura

There’s a lot of enemies ahead of you, but also a lot of allies, so you’re not going to need to concentrate on every single enemy. Run around and fight whoever you want, possibly concentrating on archers first and foremost. When you get near the first gate, be mindful of the archers on the ledges above, as you might not see them right away. When all enemies have been defeated, your army will bring forth the battering ram and open up the next area. The battle will continue, so keep fighting until you reach a third area, with even more Mongols. Remember to keep tabs on your allies and revive them when needed. 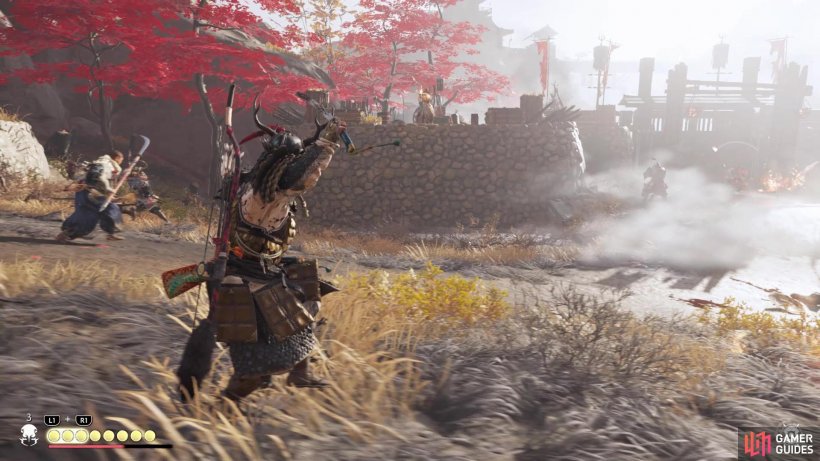 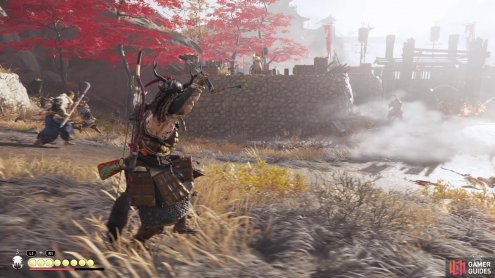 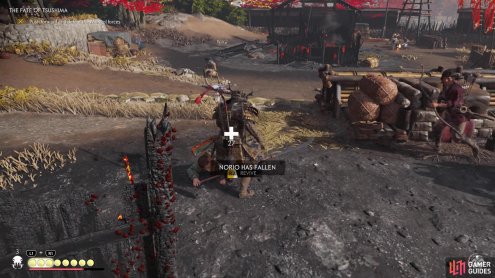 Keep an eye out for the archers on the high ground (left), You will need to revive an ally if they go down in battle (right)

Eventually, you will reach a building that has archers on it and Lord Shimura will order you to kill those archers. When facing the building, you can find some debris to the right of it that allows you to get to that balcony with the archers. Bring them down, then approach the next marker to get an idea of what will be coming, only Jin will take it into his own hands, much to the dismay of Lord Shimura. Before you all have a chance to talk about it, you’ll have to contend with another hwacha. Climb the ledge to the left of your position, then get ready to fight some Mongols. 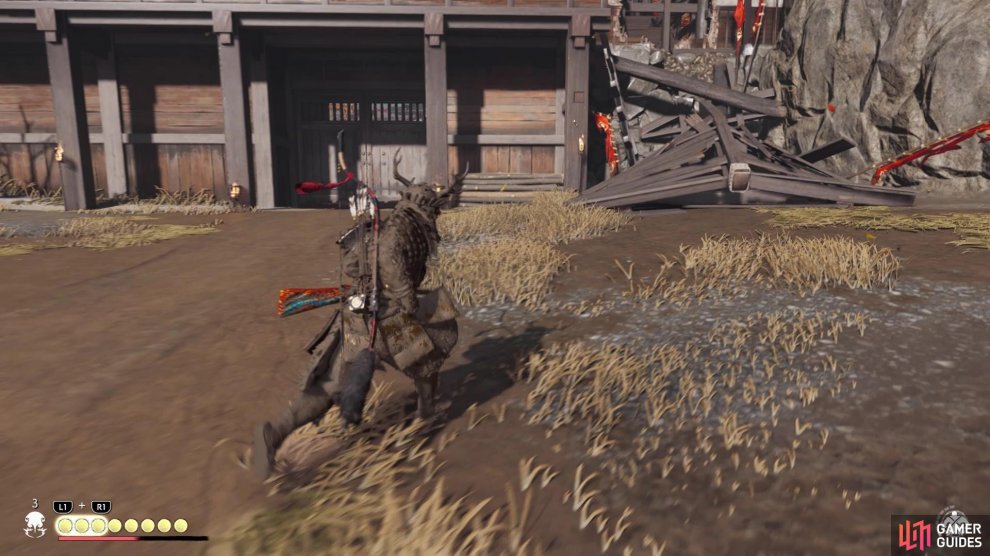 Note that you will have to deal with the hwacha firing on your position up here, so keep a lookout for the white circle on the ground. There is a yellow-tiered brute in the mix, as well as an enemy that throws bombs. There is a hole in the wall, along the outer border, leading to the base of the tower with the hwacha. Of course, you will have to deal with more Mongols here, so drop them all and climb the ladder to the hwacha, killing the Mongols there and taking it over. Mount the hwacha and begin firing at the Mongols pouring in at the various points.

Upon blasting the enemies with the hwacha, rejoin the rest of the group to continue fighting the Mongols on foot. You will have another large group of Mongols waiting when you rejoin your allies, then one more group past the next gate. The archers are especially annoying here, so go after them first. When all of the enemies have been killed, join Lord Shimura on top of the gate for a cutscene, as well as one final bit before the mission will end.