After a short introductory sequence, we’ll be back where the original Darksiders began! Once you regain control, you will have to help the angels defend the area against a large number of zombies (who are considerably stronger this time around!).

Once enough of the zombies have been slain Uriel will speak to you. Choose the option about casualties to start another side-quest – ‘Light of the Fallen’. She will also give you Redemption a gun that you can use against baddies.

Return to the building that we entered from in the cinematic. Here head up the stairs at the back to find a tome statue and a chest. Return to the courtyard you defended with the angels and head to the building directly north of here for a chest. Next look at the map and make your way to the dead end to the northwest. Here you will find a Boatman’s Coin hidden behind a car. From here, if you look to the east you can see a blue stone on the corner of the building to the left. Shoot it for a Stone of Mystics. Check the inside of the two buildings to the south of the courtyard for a chest and a Boatman’s coin . Now let’s go find that rod!

First Piece of the Rod 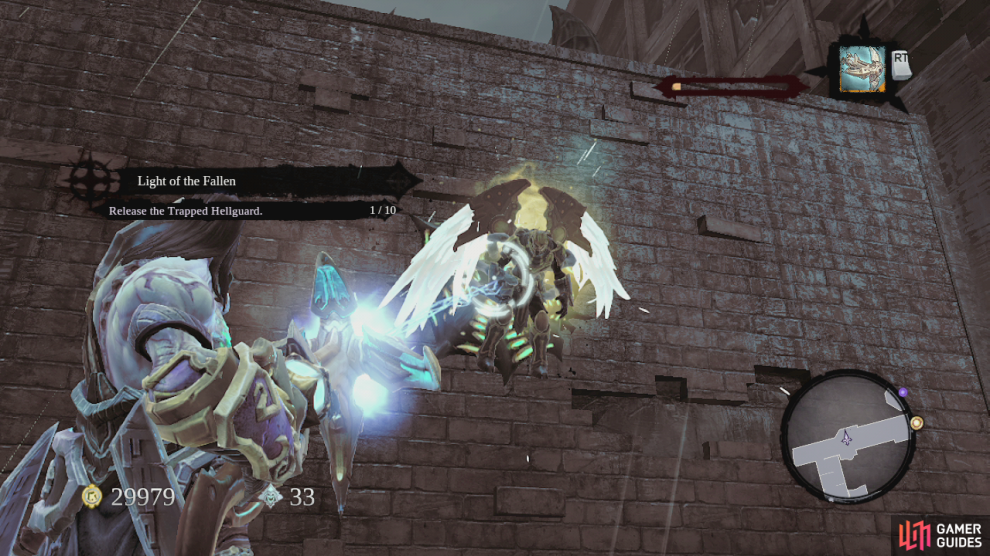 Second Piece of the Rod 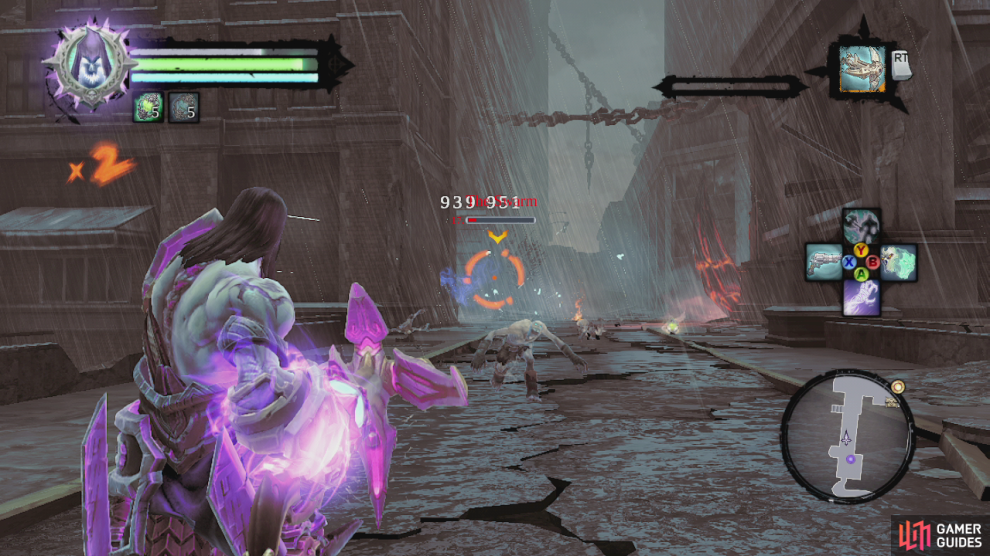 This guy is not too hard as all he will do is summon stingers to attack you, and unleash a sonic wave that will push you back and do damage if you are silly enough to get close to him. If you have the grenade launcher just keep sticking him until he falls whilst dodging the stingers and other zombies in the area. If you have the rapid fire weapon, just aim for the green bits on his body until he drops and use it on the stingers when they get too close for comfort.

After the fight, check out the western side of the area for a stone which can be shot for a Stone of Resistance. Also check the south west corner for a Boatman’s Coin . Continue down the road here and into the tunnel. Follow the tunnel around to the left, killing zombies as they come. When you reach the red crystals at the end, look behind you and in a short dead end tunnel you will find a chest. Look above this to the ceiling for a crystal to shoot for a Stone of Power. Climb the ramp to the right of the red crystals that are blocking the road and in the very south eastern corner up on the ledge you will find another angel to kill (6/10).

Jump down and run through the door to the north into a maintenance area. Follow the passage through and exit back out into the traffic tunnel . If you look at your mini map here you can see a small side loop to the east so run in here and you will find another angel (7/10). Return to the traffic tunnel and kill the suffering demon out here. At the north end of the area, head down into some water tunnels. Keep an eye out to the right when re-entering the drain for a Boatman’s Coin. Continue up the ramp to the north and immediately enter the room to the left to find writing on the wall that counts as a Soul Arbiter’s Sacred Scroll and then return to the main room, kill the suffering demon and then destroying the green door in the back right hand corner of the room for the second piece of the rod.

Follow the passageway behind the green door to the end and drop down to the area below. Ahead you should see a group of angels chilling out in front of another one of those yellow tainted barriers. Approach the holy posse and you be treated to a scene. Afterwards, the entrance will now be accessible. Before going through however, turn around and look to the right to see a blue car parked with its back against a wall. Head over here and look just beside it as hidden in the corner next to it is a Book of the Dead page . Return to the tunnel and look to the right for a Boatman’s Coin. Now proceed onwards into the tunnel.

Third piece of the Rod 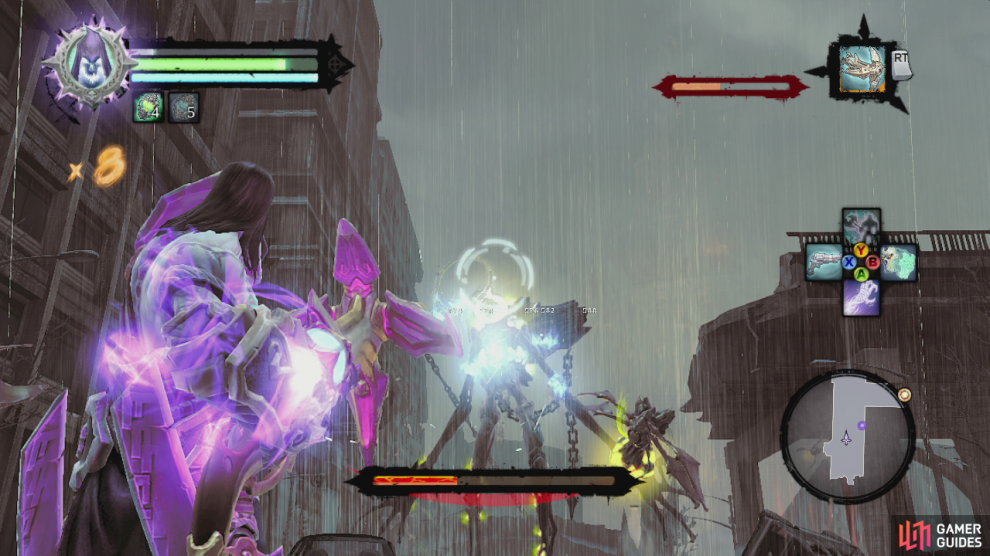