The Demon Lord Belial is the third piece of post-launch DLC available for Darksiders 2 and features a lengthy new dungeon and three brand new legendary weapons .

You can access the DLC through the Downloadable content option in the main menu and selecting the Demon lord Belial campaign option. This guide will walk you through the new dungeon collecting all of those pesky treasure chests and legendary weapons hidden along the way. Let us begin…

As you begin the DLC you will find yourself back on Earth. Head down the street in front and as you enter the main open area there are angels taking on some demons. It’s Uriel! Help the angels repel the waves of demons that appear. Once the zone is clear, a scene will play.

After a short conversation; use the nearby Serpent Tome if you feel the need. Note that Uriel will stay in this starting area and act as a merchant should you want to buy potions, sell gear or do other merchant-related things for the duration of the DLC. When you are good to go, proceed through the now accessible door along the wall opposite of where we entered the area. 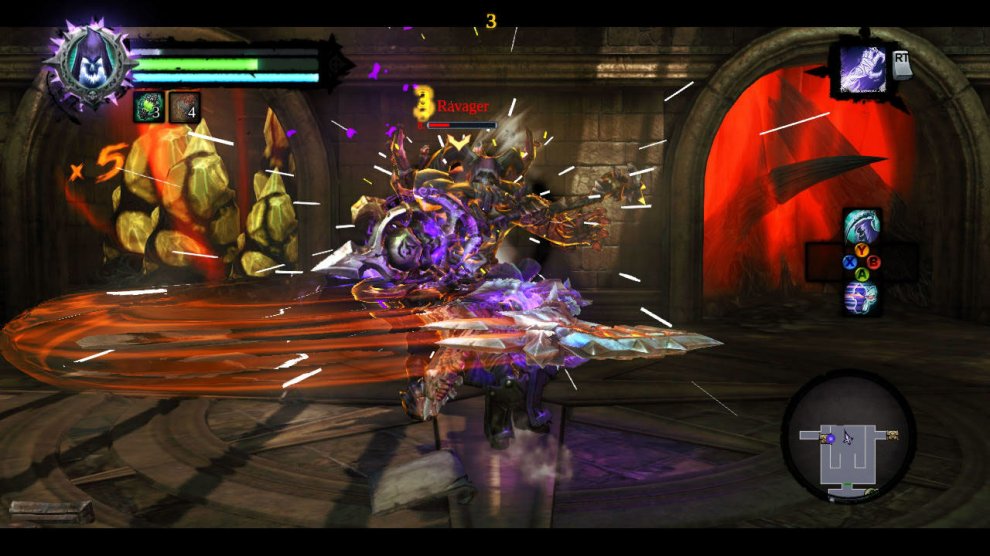 Once the room is clear, climb back up the stairs and follow the upper platform around to the east. In the alcove here you will find a chest.

Return to the centre of the room and wall run across to the death grip ring which will pop you up on the platform on the west side of the area. Open the chest there, before going into the nearby hallway. Grab the bomb plant here and drop back down to the room below. Toss it onto the corruption crystals here and blow them up.

Proceed through the newly formed hole in the wall. In the hallway, turn right and duck into the first alcove for a chest. Follow the hallway until you reach the door at the end. Inside, kill the hell slaves here and death grip your way across to the far side of the room. Enter the hallway and follow it, past the tunnel to the left until you reach the very end for a chest. Backtrack to the side-tunnel heading west, descend the stairs and enter the room at the end.

Inside; kill the hell slaves before you. In this room, you’ll find a skeleton key door straight ahead, a door to the right and an open passage to the left. Proceed through the door to the north. Collect the chest from the far end of the room and head back to the stairs for a short scene and an encounter with a new type of enemy – the defiler.

These guys are also about as tough as a standard legion soldier, but have some very damaging abilities including a boomerang style weapon toss and another attack where they spin their weapons in a small circle around themselves to force you to keep your distance. After killing the initial defiler, another 6-7 will spawn. Kill them all to unblock the stairs and return to the previous room. 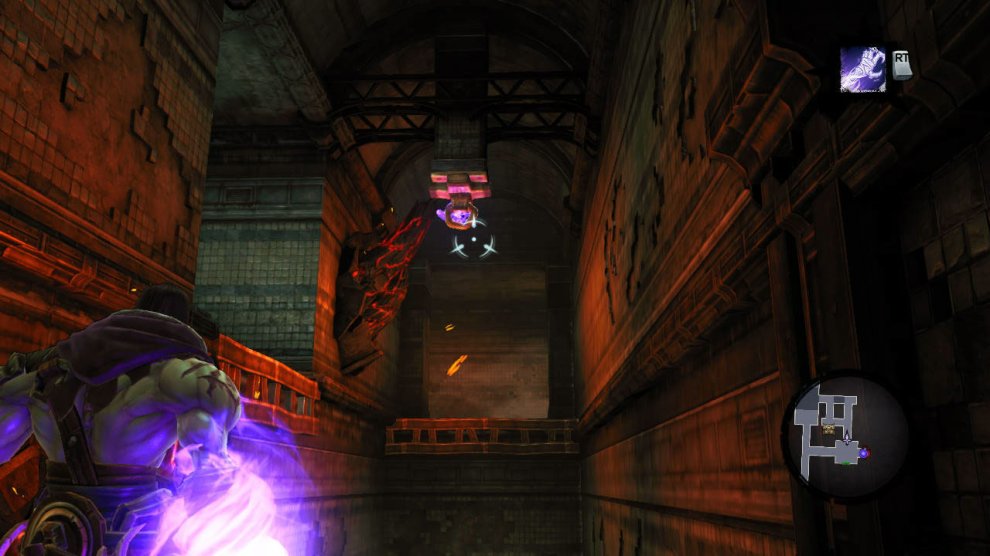 Move into the hallway and look to the left, behind the crystals here you will find a bomb growth on the wall. Death grip it and destroy the crystals below it for a chest. Grab another bomb and continue to the end of the hallway, turn right and toss the bomb at the switch. This will drop the fence to the left. Run over here and death grip across to the chest on the far side, open it for the skeleton key.

Return to the skeleton door room and open it up. Kill the hell slaves that attack you and then open the chest. Climb either set of stairs, kill any additional baddies and proceed through the door at the top.