Head out the door on the West side of the room. Inside, follow the passage straight ahead and into the water. Continue to the east, killing any enemies that get in your way until you reach the next large room – we're back in the Dread Mire.

There are two buildings in this area containing doors to additional areas at the South and at the far West. The west door has a boss fight in it, so let’s check out the south first. Inside, you'll see a treasure chest across a gap in front. Step on the pressure plate here and use soul splitter. Have the first clone run over and jump on the hanging switch on the wall to the right. 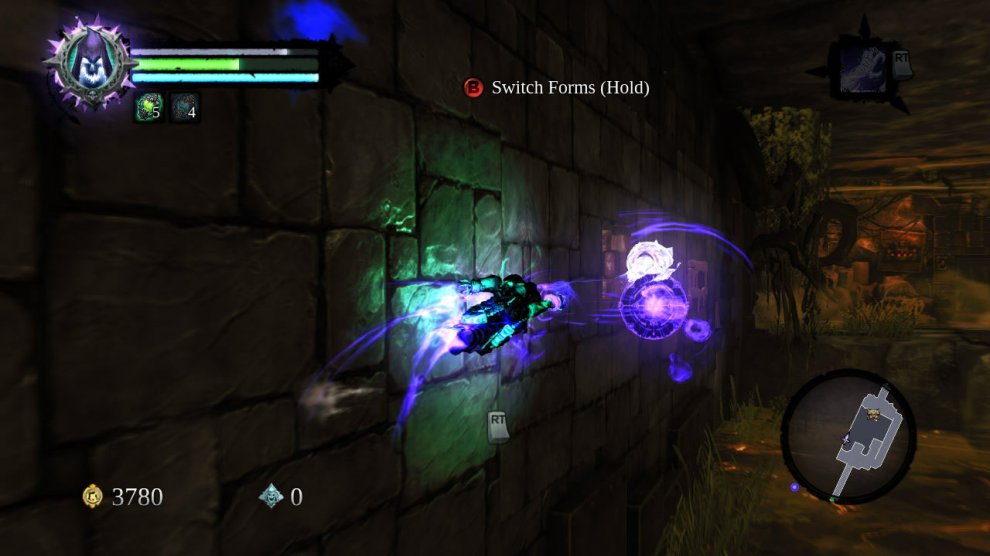 Exit soul splitter and use the hallway to the right to access the platform with the chest. Behind it, you'll find an alcove. Inside there are handholds we can use to climb to a room above. In this area there are two chests. follow this all the way to the far end, drop down and return back outside.

Now that we've done the South, let’s make our way over to the west for that boss fight. Before entering the door, open the chest to the left. Afterwards, enter the building. Inside you will find the Abyssal Forge . 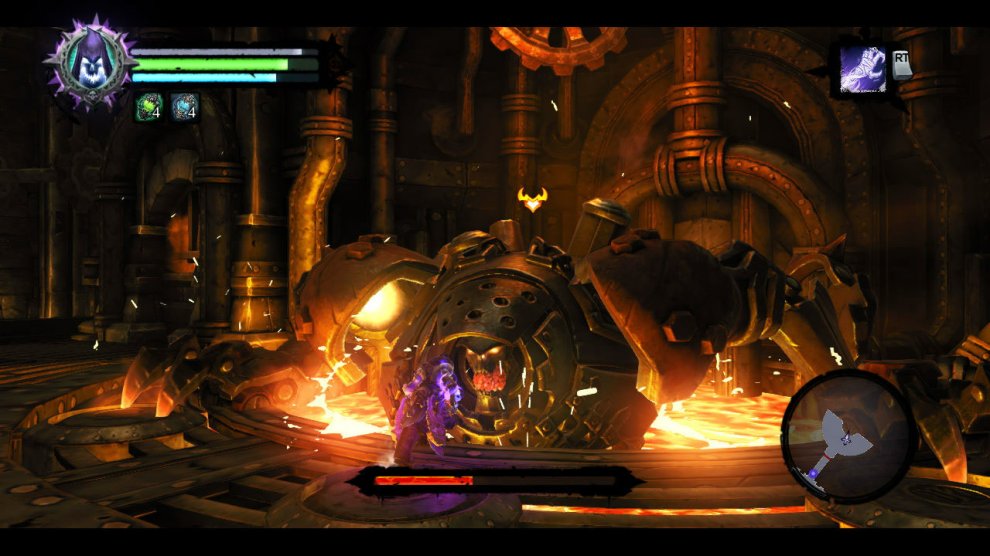 Homing Fireball: The boss will release a slow moving fireball that will follow Death around for a short period of time. Avoid!

Slam Shockwave: The boss will slam the ground, sending out a shockwave of lava across the entire arena. You'll need to dodge at the right time to avoid this.

Summon Crawlers: After sustaining a bit of damage; the boss will raise platforms containing crawlers to come and attack you.

Lava Geysers: Towards the end of the fight, geysers of lava will pop up from the floor in random locations. You will want to avoid these, so watch your step.

The Abyssal forge is a stationary boss, similar to the Wailing Host in the City of the Dead or Straga from the original Darksiders. So you're going to have to choose your moments to attack. After launching a number of fireballs, the boss will often slump over with his head near the platform for a short period of time.

At this point; get Death to get up close and wail on him. If you can cause enough damage, he will pull back very quickly into an upright stun with his core exposed. use deathgrip to grab this down to the platform and smash it up until he has had enough and resumes attacking.

For the remainder of the fight, continue the same pattern, but in addition to the fireballs, you'll have to contend with his expanded repertoire of moves, however once you have seen them once or twice the majority of these are easily avoided. Once you have damaged him enough, the fight will end.

After killing the forge, return to the Mad Smith to complete the story portion of the DLC. For completing this quest you'll earn some XP, some gold and a legendary weapon - Abyssal Forge Hammer in the mail from Vulgrim.

We are not done yet though as there is another small dungeon packed with loot that we can still go and check out! Return to where we first entered the realm at the start of the DLC. At the very north of this area is a door across a pit of death fluid we could not access earlier. Enter the door here to enter Shadow Helm .