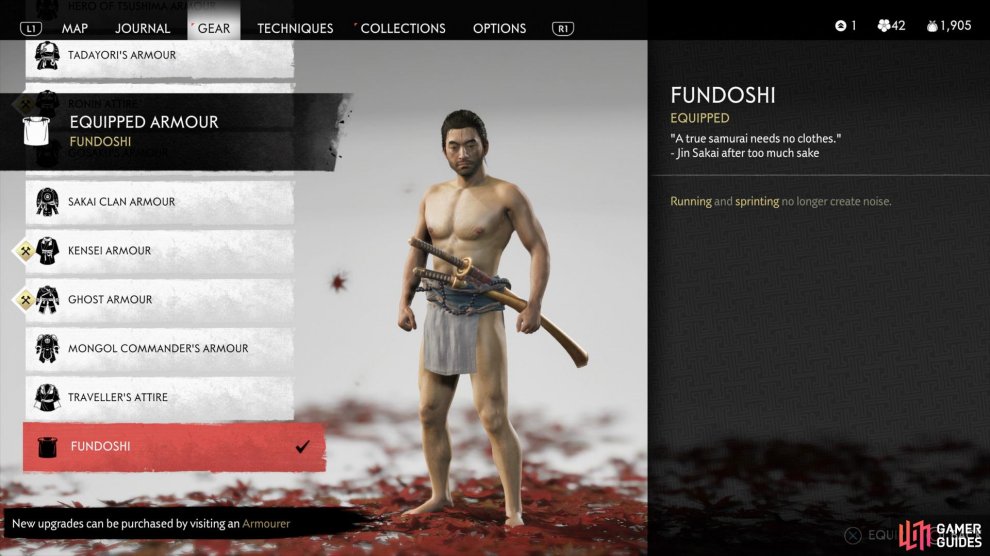 Backstory on the Fundoshi

The Fundoshi was a piece of underwear made by cotton, and was primarily used in Japan by both Rich and Poor people before World War 2. However, these weren’t just used for underwear, as people used them in a variety of activities, such as Swimming and Sumo Wrestling.

How to obtain the Fundoshi

You’ll be rewarded the Fundoshi once you’ve rested at all 18 Hot Springs that are hidden throughout Tushsima.

If you choose to go for a challenge and playthrough the story with only this equipped, then you’ll want to make sure you have Charms that increase your health and help with Stealth. Below you’ll find a list of Charms that work perfectly with the Fundoshi.