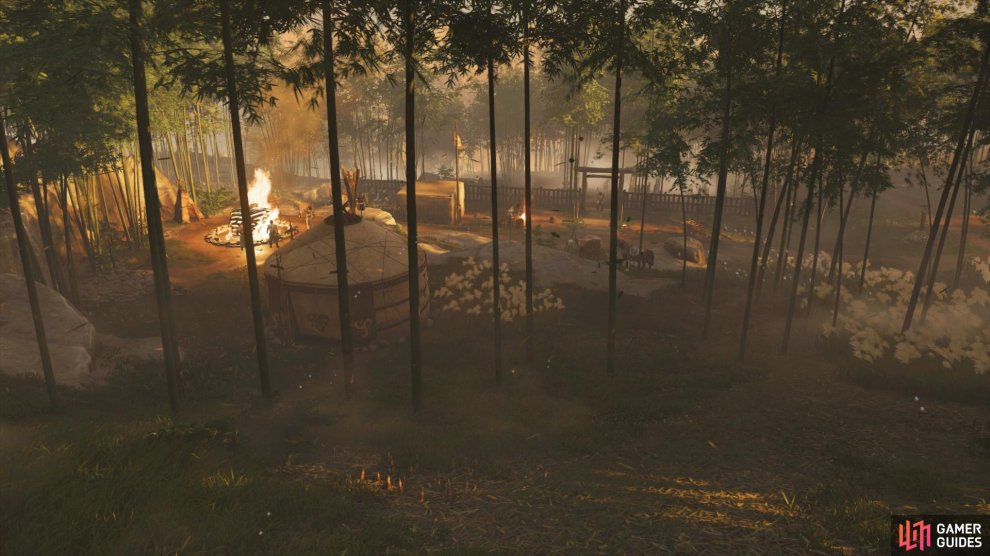 This Mongol Territory is located southwest of Hiyoshi Springs and will most likely be the first one you come across, it should be pretty easy to spot, as there is a giant fire blazing in the camp. As you approach it, you get the name of the camp and some objectives will appear in the upper left corner of the screen. The main objective will be to kill all the Mongols, but there are two bonuses. If you complete these, then you will gain extra Legend. The first bonus is random, but the second one seems to be set in stone, where you have to find and observe the Mongol Leader. 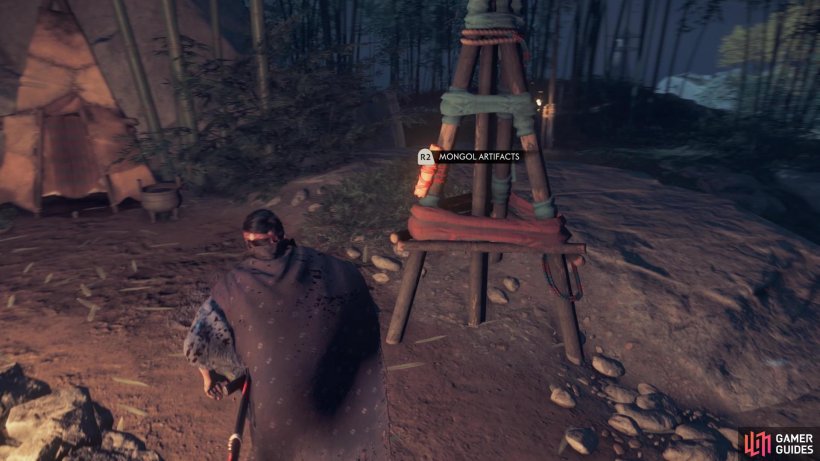 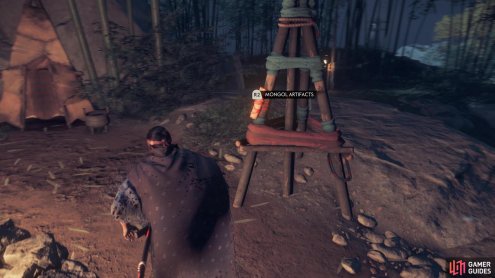 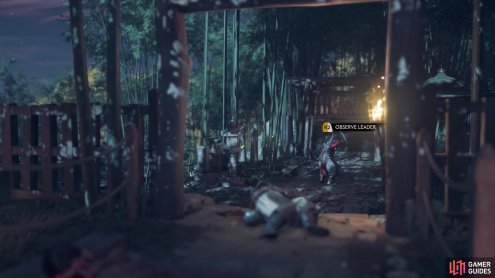 You can find the Mongol Artifact attached to the wooden structure (left), Observing the leader allows you to double up on points towards the next stance (right)

In fact, if you observe the Mongol Leader, then kill him, you will receive double the progress. So, if you ever get an option to observe a leader, then you want to do it to unlock the stances faster. Back to the enemy camp, it might be best to do things stealthily, as you don’t want to disturb the leader so you can observe him. At this point, you should have Kunai, as well as the bow, so headshots will kill all of the enemies here, except maybe the leader. Once the coast is clear of the enemies (hopefully you cleared that one bonus objective) and if the leader isn’t disturbed, get close enough until you see the button prompt to observe him; you need to hold the button down. Upon observing him, you are free to kill him however you want.

With all of the enemies out of the way, let’s get gathering the goodies. By the large fire, there is a Mongol Artifact on the triangular-shaped wooden structure. Near where the leader was practicing, there is a Singing Cricket, another of the game’s many collectibles. Singing Crickets are usually found in graveyards, sometimes with Mongols and sometimes not with them. 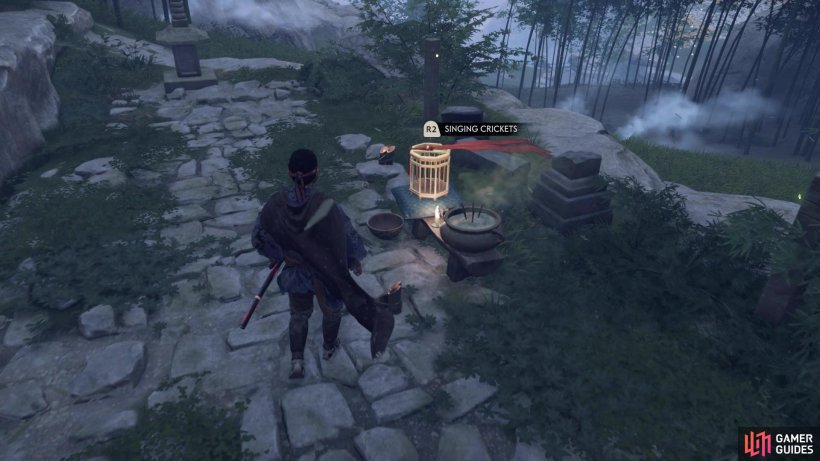 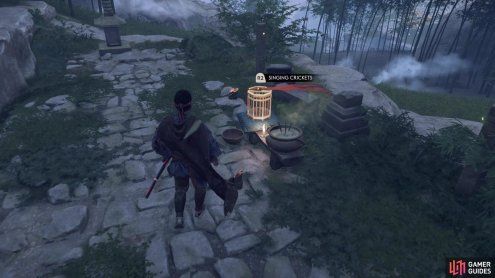 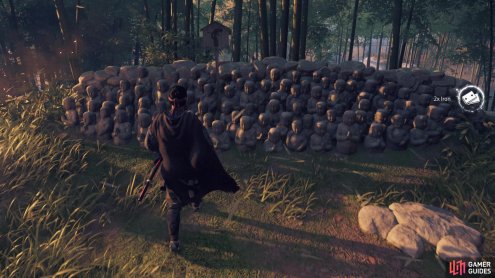 The last thing here at Yoichi’s Crossroads is another collectible, but one that isn’t marked on the map at all. If you remember the Hidden Altar from the path leading to the Shinto Shrine earlier, there’s another of those here. It’s located at the end of the path that the leader was on and if you did it right, you should see some green bugs flying around Jin.