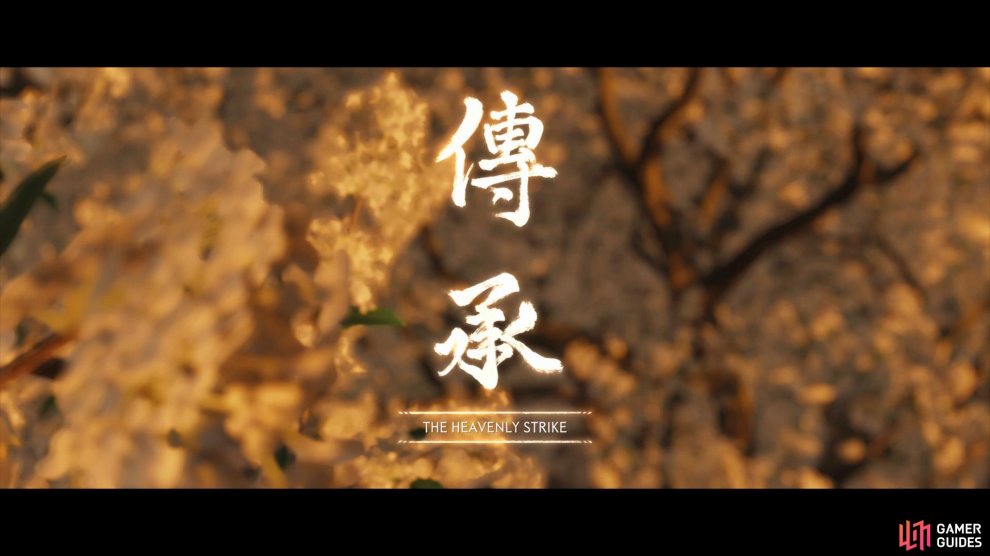 Note: This Tale is available at anypoint during Act 1.

Head east of Brown River Gorge and speak with the musician to begin this Tale, then go north to River Falls Bridge. Drop down and speak to the peasant below the bridge to get a lead, then follow the horse tracks to a camp. 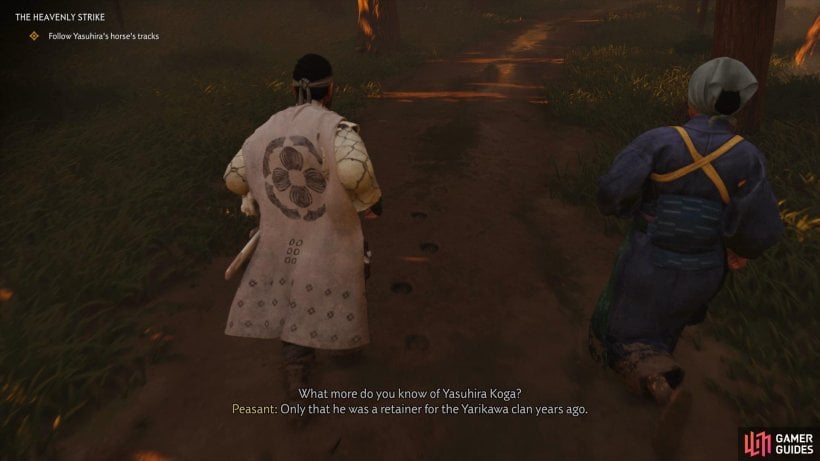 Look for the white-leafed tree

From here, head west until you find a bunch of white-leafed trees, then follow the path until you reach a house. Take down the Mongol’s here, then go inside and rescue the peasant. 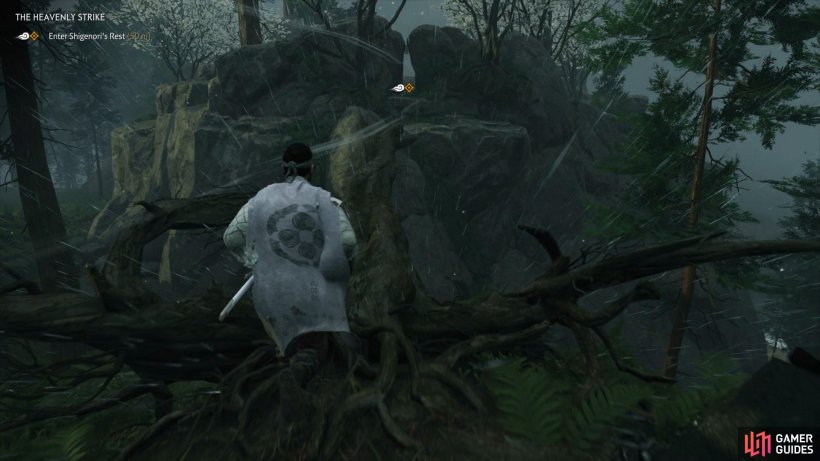 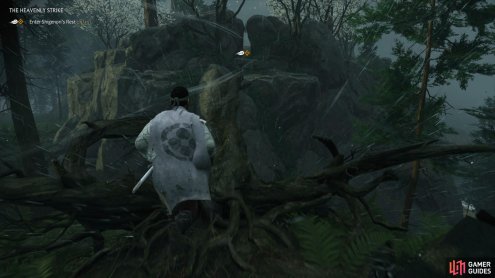 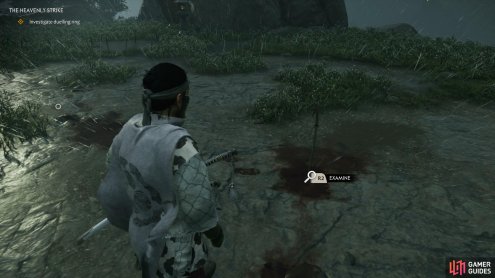 Follow the path of white-leafed trees to reach Shigenori’s Rest (left), then examine the sword in the dueling ring. (right)

After the scene, head southwest and walk across to the fallen tree to reach Sigenori’s Rest, then take down the Mongol’s before examining the dueling ring ahead.

For this Duel you’ll want to be in the Stone Stance, then like most duels avoid the Unblockable Attacks (Red Marker) and then hit him two to three times after a successful counter/parry. Once you’ve gotten his health low enough press [Circle/Triangle] to perform a Heavenly Strike. 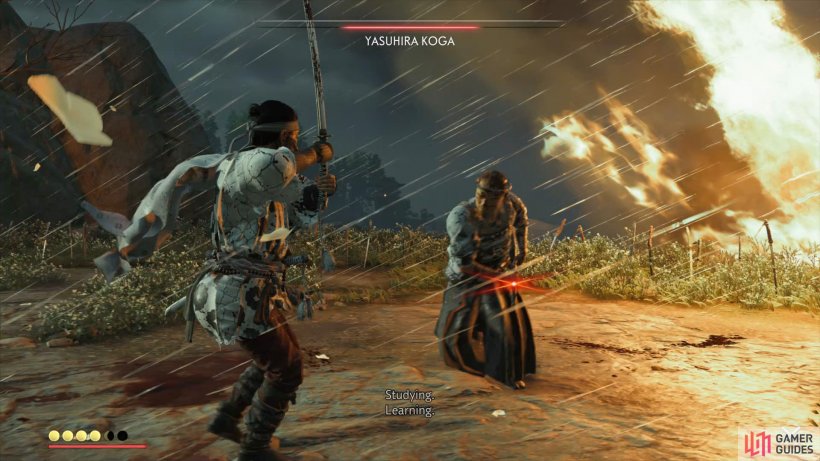 (1 of 2) Dodge the unblockable attacks 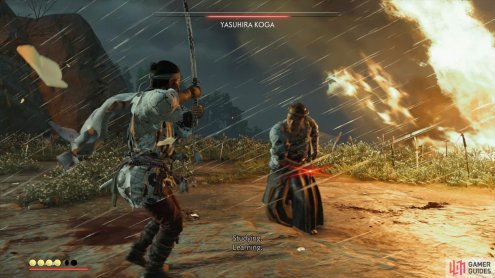 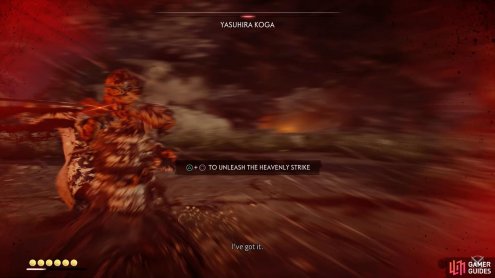 Finally, approach Yushira and bury him to complete the Tale.