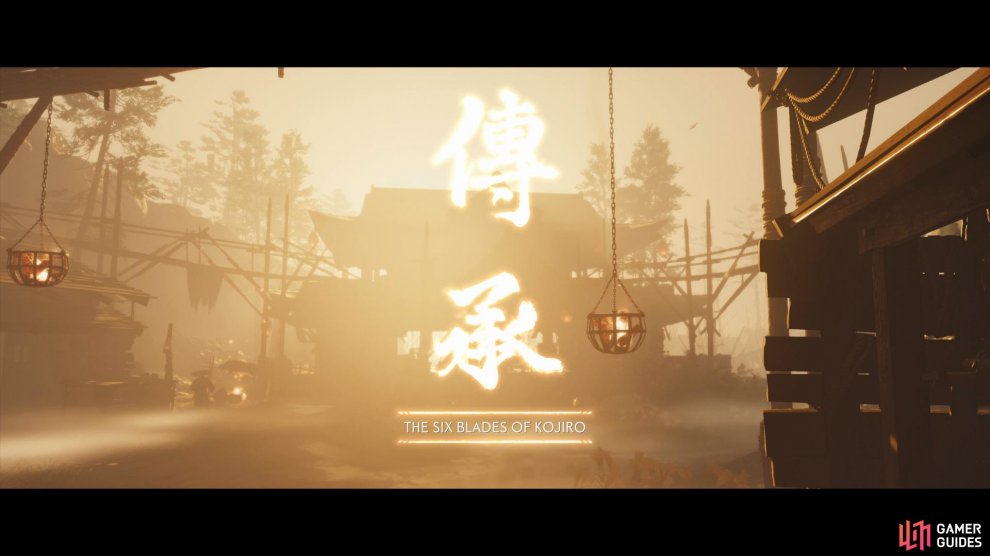 Note: This Tale becomes available at anypoint during Act 2.

Head to Umugi Cove and speak with Yamato to begin the Tale, then you’ll need to work your way around the map and defeat Hirotsune, Kiyochika, Kanetomo, Tomotsugu, and finally Yasumasa in order to face Kiiro.

Thankfully, each of this Straw Hats have very similar sets of attacks, so here is few tips & tricks to help you defeat these opponents.

Once you’ve taken down all five Straw Hats, return to Yamato in Umugi Cave and speak with him to find out where Kojio is located. Now head to the Omi Monastery to face him. 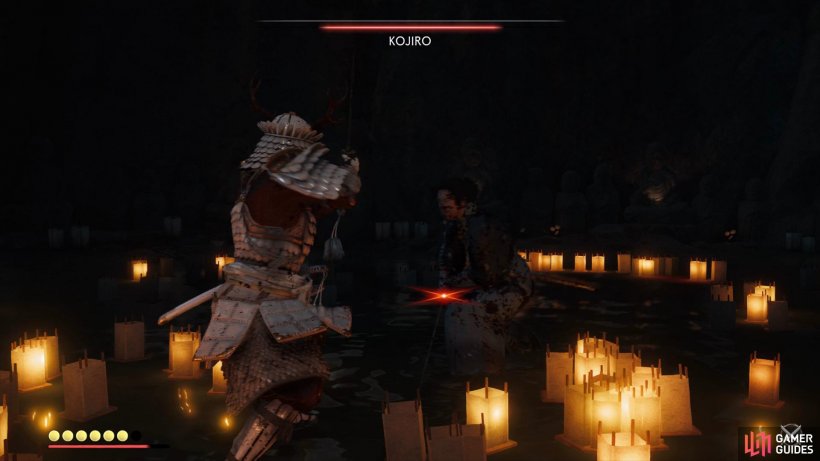 (1 of 2) Be ready to dodge Kojiro’s Unblockable Attacks 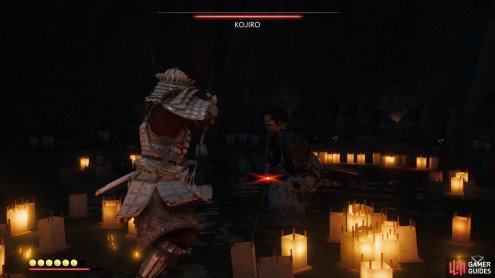 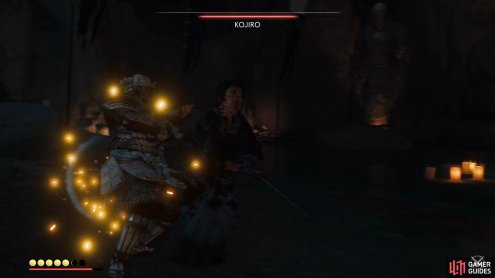 Be ready to dodge Kojiro’s Unblockable Attacks (left), and use every counter opportunity to deal maximum damage. (right)

Tip: Before entering this battle, make sure you’re already in the Stone Stance and have maximum resolve.

Kojio is one of the more difficult duel’s you’ll face on your journey through Tsushima, as it’s hard to time you attacks on him with all the Unblockable moves he has at his disposal. Before you begin, play through the fight a couple times to memorise his attacks, then once you’re comfortable, use all the knowledge gained from previous duels to take him down.

Once Kijio has been defeated, the tale will be complete and you’ll acquire his Amour.