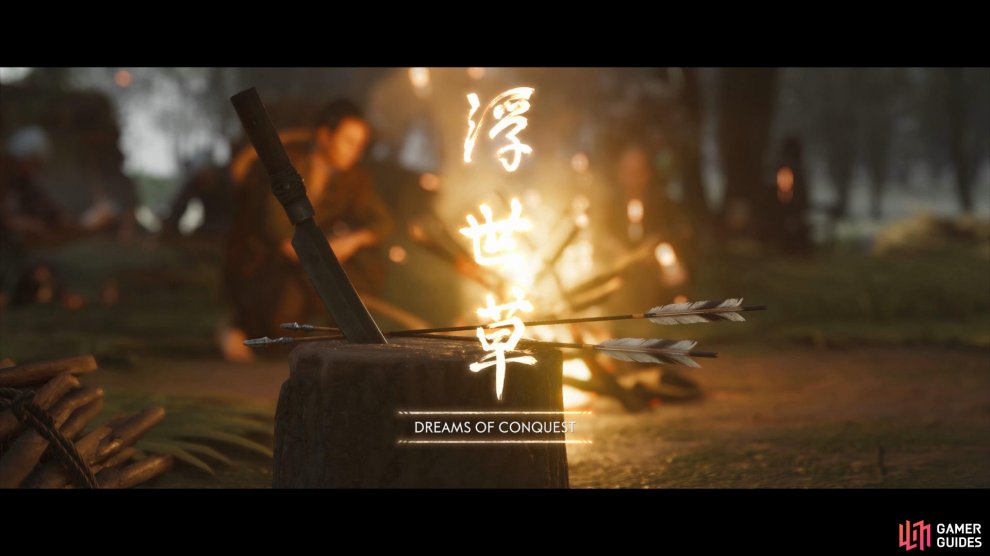 Look for Ishikawa East of the camp / Defeat the Mongol’s

Head to the Survival Camp Northeast of Hakutaku Forest and speak with the Peasant to begin the Tale, then travel East to find Ishikawa surrounded by Mongol’s. Help take them down, then quickly speak with Ishikawa before some reinforcements come. 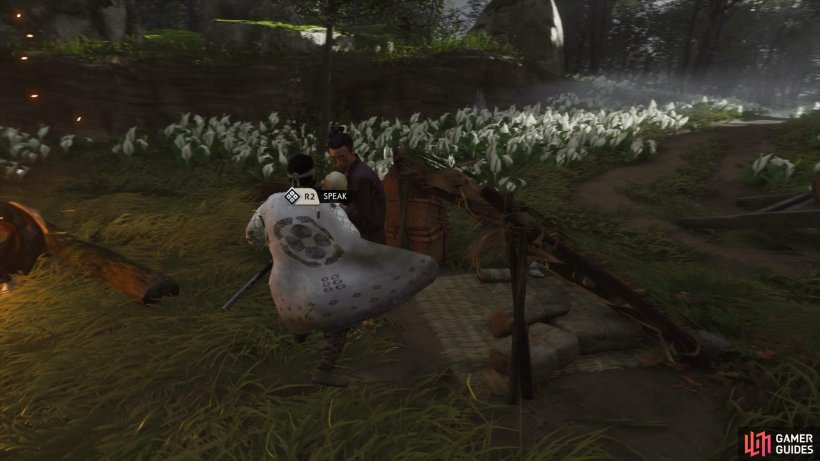 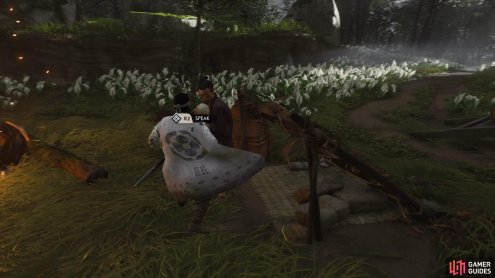 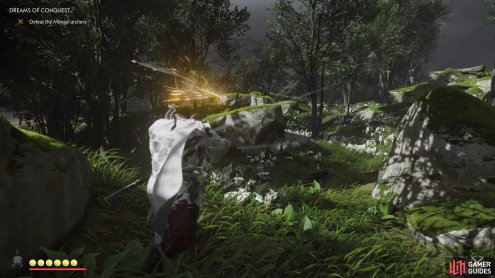 Speak with the Peasant at the Survival Camp to begin the Tale (left), then head East and help Ishikawa take down the Mongol’s. (right)

Tip: For this next encounter you’ll want to have the Concentration Skill unlocked, as this will allow you to shoot the enemies with better accuracy due to it slowing down time.

Here you’ll face a group of Mongol Archers, so hold [L1] to deflect the incoming arrows, then press the [Right Stick] to slow down time and take out the Mongol’s with clean headshots. Upon defeating the Archers, speak Ishikawa again for a cutscene.

Go with Ishikawa to Tomoe’s Camp

After the scene has come to a close, jump on your horse and follow Ishikawa to Tomoe’s Camp. Once you’ve arrived at the camp, survey the area, then strike with full force to take down all Mongol’s. 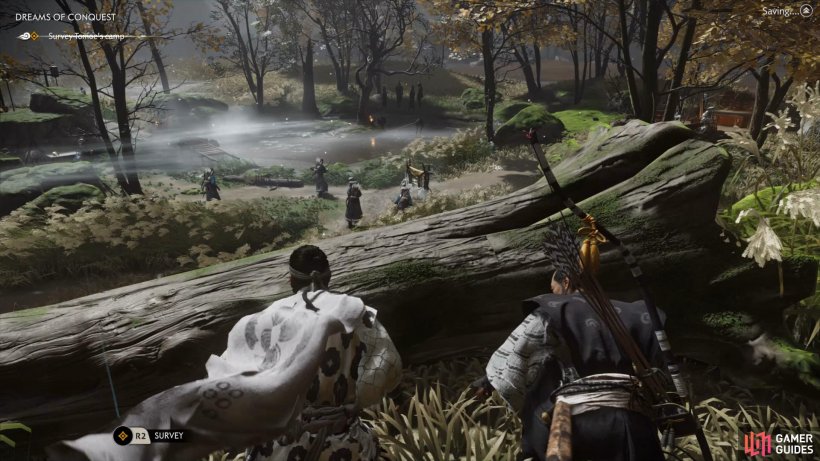 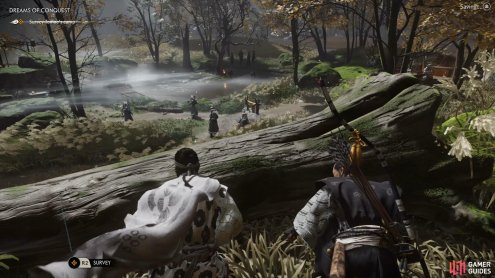 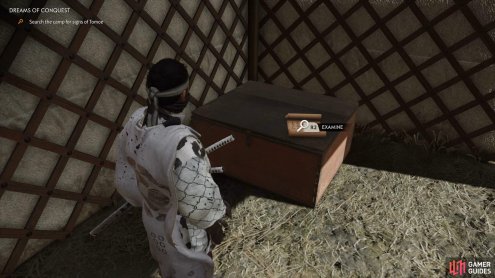 Survey the area and take down the Mongol’s (left), then read the two scrolls in the camp to complete the Tale. (right)

Finally, examine the scroll on the box near the shields and another in the tent to finish the Tale.