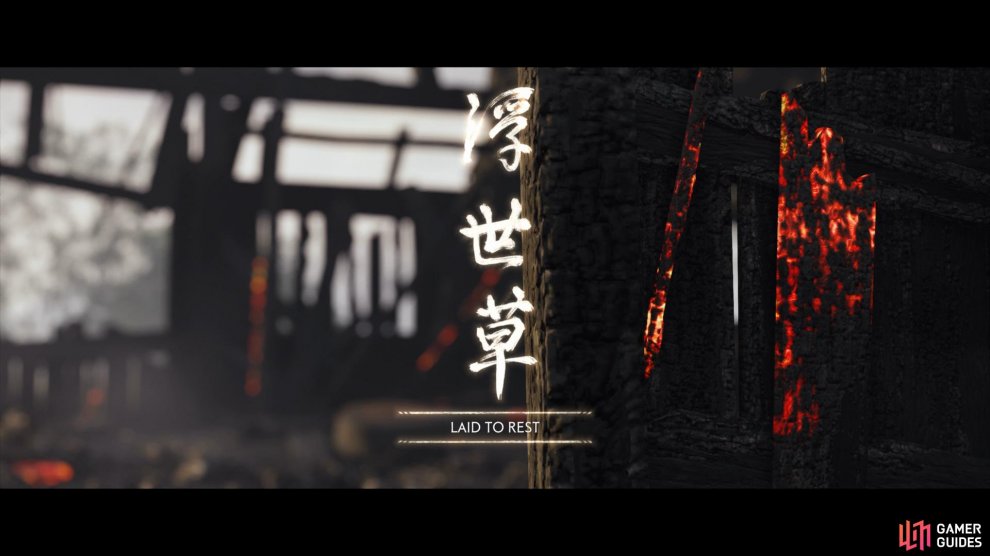 Once you’ve completed the Friends in Passing Tale, head down to Toyotama and go South of Kushi Temple and speak with Ishikawa to begin this Tale. After the scene has come to a close, follow Ishikawa to meet with Tomoe.

Unfortunately your conversation with Tomoe has been put on hold due to Mongol’s attempting to ambush you all. Quickly take them down, then travel to Umgui Cove with Ishikawa and Tomoe whilst defeating any Mongol’s along the way. 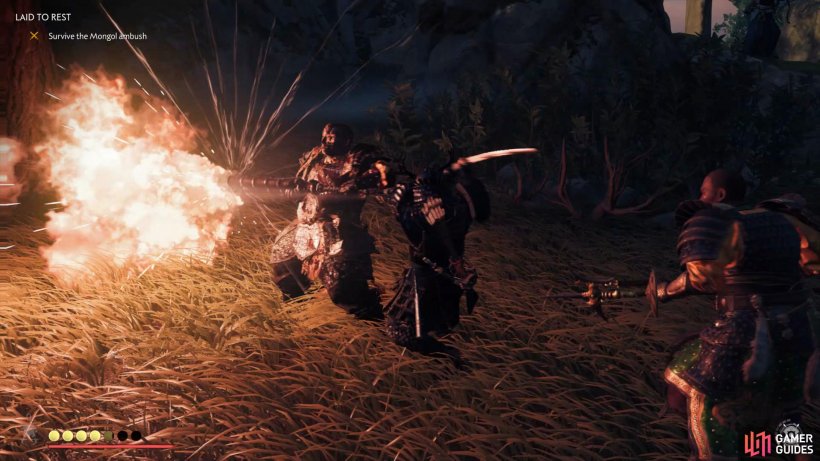 (1 of 2) Take out the Mongol’s that followed Tomoe 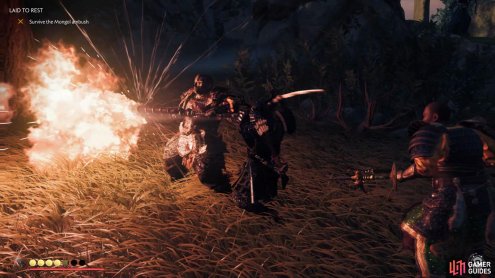 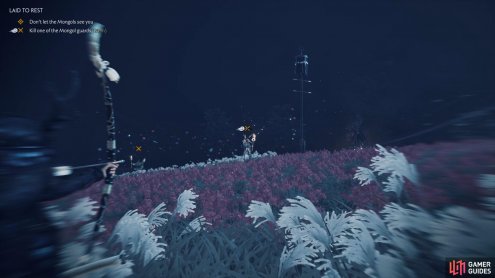 Take out the Mongol’s that followed Tomoe (left), then use synchronized along with the tall grass to get towards Umgui Cove without being seen. (right)

Once you’ve arrived at the grove, wait for the nightfall, then sneak through the tall grass whilst using synchronized attacks to take down any Mongol’s that block your path.

Find a way through the bog

You’ll now need to get through an area filled with Mongol’s without getting seen, so use the tall grass along with Wind Chimes to distract the enemies, then make a run towards the cove to initiate a scene. (1 of 3) Use Wind Chimes to distract the enemies

After the scene has come to a close, wait for Tomoe to blow up the barrels, then take down the Mongol’s with Ishikawa’s assistance. Once you’ve cleared the area, speak with Ishikawa, then go to the beach in Umugi Cove to complete the Tale.