Make your way to Lord Shimura’s Camp and speak with Lord Shimura to begin this mission. The shogun’s reinforcements are set to arrive, but a new problem has arisen. Shimura’s scouts intercepted orders from the Khan that will have his mercenaries try and flank Shimura’s army. He wants you to deal with this problem before it becomes a major problem down the line. After the conversation with Shimura ends, find Yuna in the camp and speak with her. She is set to leave and won’t be joining you on your mission. 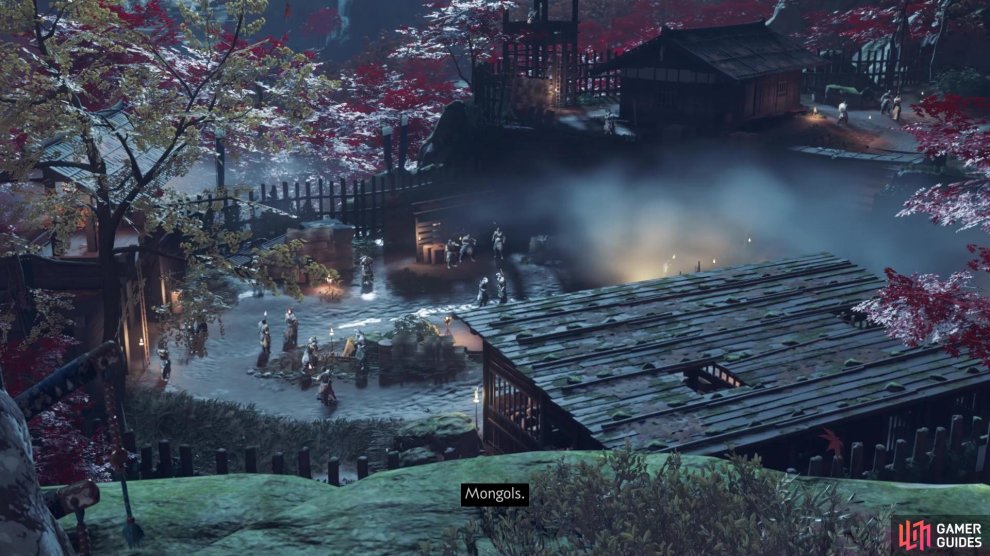 There are definitely a lot of enemies in the fort…

Leave Shimura’s camp and start setting off for Fort Koyasan, which is to the northeast. Upon getting close enough, the game will switch the time of day to night. Move to the nearby marker to survey the camp, where you see there’s not just the mercenaries, but also some Mongols. In fact, there’s a lot of enemies at the outpost, but a friend comes to help you out. Thanks to his distraction, there are a lot less enemies in the outpost, so things will be a lot easier on your end. Once you’re in control, wait for all of the enemies that leave to actually go before you make your way to the front gate, as that appears to be the only way inside.

As you will see, there are a lot less enemies in the outpost, making it a lot easier to pick them off one-by-one. Don’t forget to use your Longbow to snipe some targets, then you can easily get the others with assassinations. If you can get seven kills without getting hit, then you can use Ghost Mode to help eliminate some enemies. Once the lower area is clear, it’s time to work on the upper section of the fort. If going stealthy, there is a ladder on the one side you can use to reach the upper section. There are a few yellow-tiered brutes up here, so be mindful of their cannons if facing them head-on. 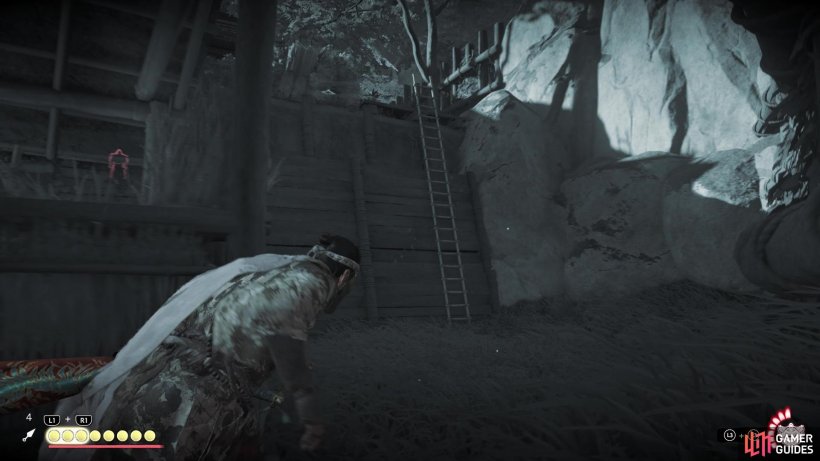 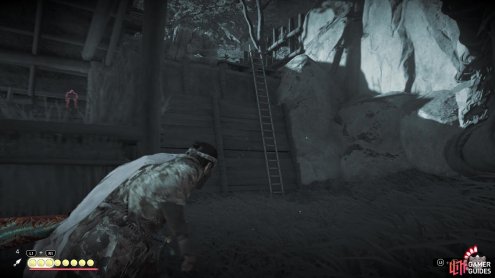 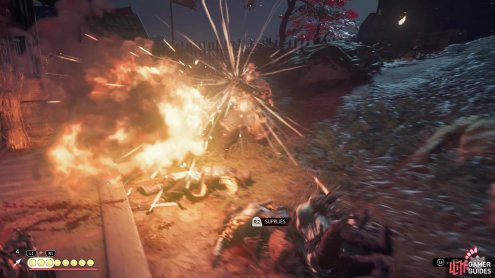 You can use this ladder to reach the upper area a little more quietly (left), If fighting head-on, watch out for the yellow-tiered brutes’ cannon attacks (right)

Upon killing all of the enemies in the outpost, head up the stairs and go through the door there. You’ll meet up with an old friend, but end up getting captured in the process. Watch the cutscene that follows, mashing the button when it appears briefly on your screen before and after the big scene. You will break free of your shackles and will need to find your sword, which is located in a chest nearby. There will be a number of Straw Hats in the area, too, who need taken out. Getting the jump on them isn’t going to be easy, so it might resort to a straight-up battle. You should have more than enough experience with the Straw Hats at this point to know how they function in battle. 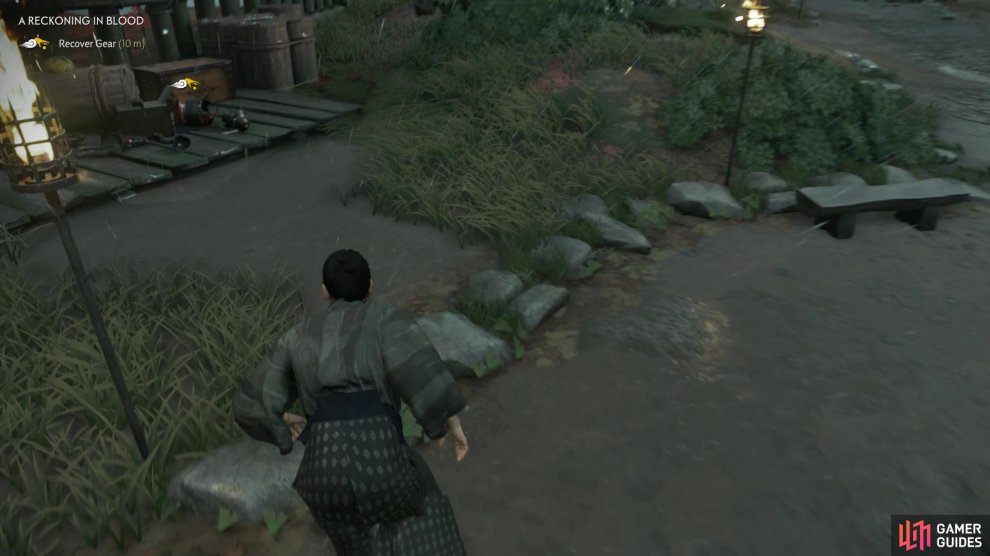 Your equipment will be in a chest off to the side

Escape the inner courtyard after defeating all of the Straw Hats, only to meet Yuna at the gate. Follow her for another scene, then get ready for a multi-wave fight against both Mongols and Straw Hats. There will be three waves of enemies, the first of which will also include some Mongolian dogs. This can be pretty hectic, considering all of the enemy types, plus you have to worry about Yuna falling in battle, meaning you will have to revive her. Of course, a smoke bomb can help in giving you enough time to revive her, should she fall. Watch the scene that follows the battle, bringing you to the end of the mission.

Trophy Alert: If you’ve found five Singing Crickets already, then go into your menu and switch songs to Lament of the Storm and play it at the place following the mission’s end to unlock the Dirge of the Fallen Forge trophy.